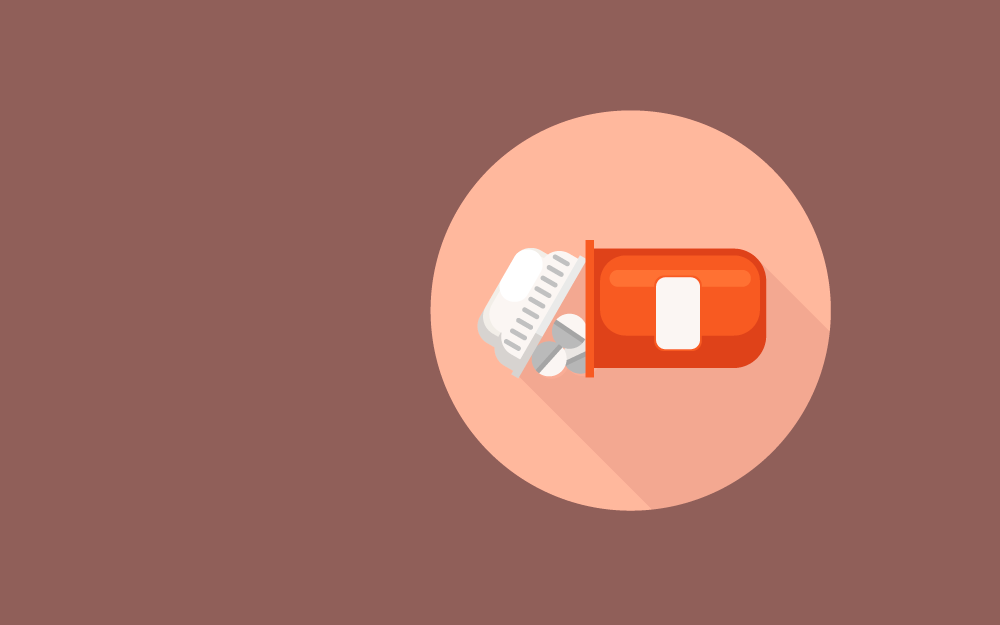 Opioid Use Disorder Treatment | A Cure or an Addiction

The Opioid Epidemic across the World: Introduction

With more than 27 million people suffering from substance use disorders, the opioid crisis is a global health problem. In 2016, for example, 275 million people admitted to taking drugs (34 million used opioids, while 19 million took opiates).

Note that although the terms opiates and opioids are often used interchangeably, there’s a subtle difference: opioids refer to all drugs that affect the opioid receptors in the human brain. Opioids can be semi-synthetic (e.g., hydrocodone) and synthetic (e.g., fentanyl). Opiates, on the other hand, are opioids that are naturally derived from the opium poppy plant (e.g., codeine). Opioids can be divided according to their potency and pharmacological effects: agonists (e.g., morphine), partial agonists (e.g., buprenorphine), agonists-antagonists (e.g., nalorphine), and pure antagonists (e.g., naloxone) (Trivedi, Shaikh & Gwinnut, 2007).

Evidence shows that taking opioids for a long time leads to physical dependence and symptoms of tolerance and withdrawal. However, substance use does not always result in addiction; addiction is characterized by psychological dependence and compulsive substance abuse despite harmful consequences.

Although drug addiction is often associated with illicit drugs, such as heroin, prescription opioids are among the most misused substances across the globe. In the US, more than two million people started using opioids in 2017. Additionally, according to data provided by the Centers for Disease Control and Prevention, opioids accounted for 67.8% of all 70,237 drug overdose deaths in America in 2017. In Australia, prescription opioids are the leading cause of premature death in two-thirds of all drug-related fatalities. According to the United Nations Office on Drugs and Crime, the highest rates of prescription abuse in Europe are across Northern Ireland, Denmark, Germany, Estonia, and Finland, while the highest mortality rates are in Ukraine, Ireland, Iceland, and Luxembourg.

The Drug Epidemic in the US

The prescription opioid crisis in the US, in particular, has reached pandemic levels. The US accounts for 5% of the global population and 80% of the global opioid supply. Every year doctors issue approximately 200,000,000 opioid prescriptions; consequently, the sale of painkillers across the States has increased by 300% since 1999.

Data shows that 20-30% of people who use prescription drugs misuse them, 8-12% become addicted, and 4-6% of all people with an opioid use disorder will take heroin. Moreover, between 2002 and 2011, more than 25 million Americans started nonmedical use of prescription pain killers. In 2015, there were more than 91.8 million people who used prescription opioids, and out of them, 11 million misused the drugs (Huecker, Azadfard & Leaming, 2019).

Info 2: The Drug Epidemic in the US

Replacing One Drug with Another: Barriers and Myths regarding Opioid Addiction Treatments

Although medication-assisted treatment is the gold standard around the world, many opponents claim that medication-assisted treatment consists of replacing one drug with another. While it’s true that methadone, buprenorphine, and naltrexone are potent substances, using medications does not always lead to addiction. Being physically dependent does not qualify for a substance use disorder. In fact, the majority of products people use daily, such as sugar, tobacco, and caffeine, can cause dependence. As stated earlier, under the Diagnostic and Statistical Manual of Mental Disorders, addiction consists of the compulsive misuse of a substance despite its consequences, including committing crimes and overdosing. Medication-assisted treatment, on the other hand, helps people cure their addiction and take their medication in a regulated and safe environment in order to become functioning members of society. In particular, buprenorphine can be used in office-based settings and help patients rehabilitate their daily and social activities.

Another criticism is that medication-based treatments do not work for around 40% of users. Opponents claim that some patients prefer total abstinence, while others do not respond well to their medications. However, this is not a valuable scientific point because in medicine; patients always respond differently to treatments (e.g., chemotherapy), and some people need alternative therapies. People with a substance use disorder, for example, might need cognitive behavioral therapy or group support (e.g., 12-step program) to fight their addiction. Some patients may even need prescription heroin to begin their journey to sobriety. Nevertheless, evidence shows that medication-assisted treatment is the gold standard in practice. Buprenorphine, in particular, reveals numerous benefits in opioid replacement treatment and has the potential to fight opioid overdosing.

Myths regarding the dangers of medication-assisted treatment have deadly consequences. Both the health care and criminal justice systems in the US treat patients like criminals and deprive people (e.g., incarcerated patients) from life-saving medications, which often results in overdose deaths. Administrative restrictions also impose barriers; waiting periods, skyrocketing costs, limited geographical coverage, and governmental rules often limit people from accessing care. To provide an example, the federal government still caps the number of patients doctors can prescribe buprenorphine to. Note that to integrate treatment in general medical settings, the Drug Addiction Treatment Act of 2000 (DATA 2000) was introduced in practice. DATA 2000 permits qualified physicians to request a waiver from the Controlled Substances Act to treat patients outside of an Opioid Treatment Program. Interestingly, two buprenorphine formulations were approved as the first products under DATA 2000. While governmental limitations still exist, provider barriers and bias also impact opioid replacement therapies. Some providers with a waiver underuse buprenorphine or show low confidence in addressing addiction and reimbursement concerns. In fact, only 44-66% of DATA-waived physicians prescribe buprenorphine, and the majority of them do not prescribe to their maximum limit (Jones et al., 2015).

Perhaps the worst barrier is the stigma that marks substance misuse, which is unthinkable in other chronic conditions. Addiction is a complex problem, and while normal choices can lead to addiction, nobody chooses to become addicted. As stated earlier, many products people take can be addictive. Nevertheless, the majority of people and lawmakers fight the disease model of addiction. Consequently, health experts often underestimate evidence-based treatments, and two-thirds of courts restrict medication-assisted care, leaving incarcerated people without life-saving medications. Hostile language worsens the problem, and the strong public bias often affects insurance policies and patients’ choices.

Despite the public bias and stigma that marks opioid addiction, medical professionals across the world insist that medication-assisted treatment is the gold standard in treatment. Evidence shows that opioid replacement medications result in numerous benefits across settings:

Opioid Use Disorder Treatment: In a Nutshell

Opioid use disorder is a global health problem, with more than 27 million people around the globe who suffer from substance use disorders. In the US, in particular, prescribed opioids are among the most misused substances, which result in adverse health and social outcomes as well as premature death. As stated above, the US accounts for 5% of the global population but 80% of the global opioid supply. Note that the opioid crisis in the US is killing more people compared to car accidents and HIV/AIDS. To be more precise, approximately 130 people die from an opioid overdose every day.

To address the opioid epidemic worldwide, medication-assisted therapies have been accepted as a gold standard in addiction treatment; with methadone, buprenorphine, and naltrexone being the three FDA-approved opioid replacement medications in the US. Evidence shows that medication-based treatments can reduce homelessness, criminality, financial burden, and infectious outbreaks. Social stigma, discriminatory insurance policies, and ineffective regulations, however, often stop patients from accessing life-saving treatment. Consequently, many incarcerated people, pregnant women, and even chronic pain patients are severely affected by punitive drug policies and treated like criminals.

Info 6: The Way to Recovery

To sum up, research shows that medication-assisted treatment is the gold standard of care in opioid addiction treatment and scientific evidence further proves that replacement substances like buprenorphine can save lives and improve economies. In a world where the opioid crisis is reaching pandemic levels, the expansion of evidence-based care and medication-assisted treatment is more important than ever because opioid replacement medications are a cure, not a cause of addiction. 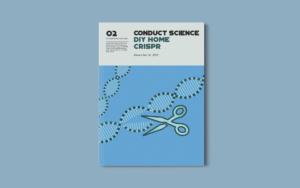 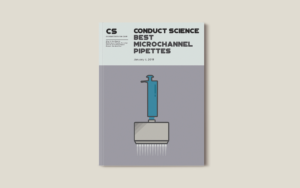 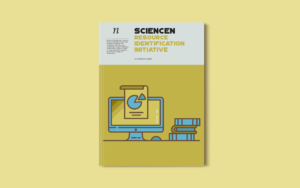 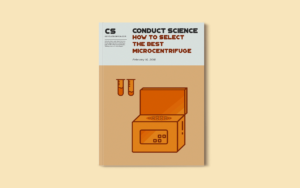