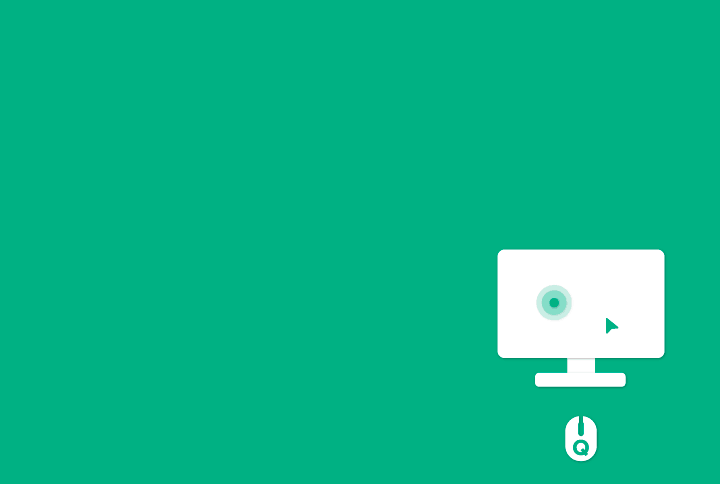 The Aimed Movement Task has been designed to evaluate Fitts’ Law (Fitts, 1954) and consequently implemented using the PEBL (Psychology Experiment Building Language) system. Fitts’ Law (Fitts, 1954), developed by psychologist Paul Fitts, examines human psychomotor behavior in human-computer interaction. The model states that the time it takes to move or point to a target is dependent on the distance and the size of the target. This predictive model also explains the speed-accuracy trade-off characteristics of the human muscle movements, i.e., faster movements and smaller targets result in higher error rates. Fitt’s Law revolutionized the understanding of electronic systems, focusing on a human channel and the information metrics bits.

Note that the Aimed Movement Task is a computerized, refined, and modified version of the classic Reciprocal Tapping Task, which required the subjects to touch two metal plates with a stylus. In the original task, the size of the metal strips and the distance were altered to test motor capacity.

The Aimed Movement Task has evolved over the years and is now performed on a computer with the help of a mouse. The mouse cursor acts as a pointer moved across the screen towards the target. Now, the test is widely applied in user interface and user experience design. The Aimed Movement Task is easily modifiable for patients with brain disorders and cerebral palsy. For instance, a head-pointer instead of a hand mouse may be used to track the eye movements of patients with reduced mobility.The Aimed Movement Task is usually performed on a computer with the aid of a mouse. Participants are shown a fixation point (a cross or a plus sign) on the middle-left hand side of a screen. Note that subjects can move the cursor around for a few seconds to get accustomed to its sensitivity. The top middle of the screen displays the current trial number.

Each trial starts when subjects click on the screen. As explained above, in the first version of the Aimed Movement Task, the target (a red triangle with a black outline) appears the moment the participant clicks to start the trial. However, in the second version, the target appears once the trial begins and after participants start moving the cursor. In each trial, the distance (from the fixation point) and the size of the target vary.The Aimed Movement Task to Study Motor Behavior in Patients with Cerebral Palsy

Chapuis et al. (2007) conducted an innovative field study of aimed movements in graphical user interfaces. The study used a variation of the Aimed Movement Tasks to explore how Fitts’ Law applies to real-life electronic settings. A sample of 24 right-handed users, 20 men, and 4 women were selected, and data were collected over several months. Participants used their own computers while probing software was employed to collect the data. Results indicated that Fitts’ Law is a robust model which is applicable to computer motor behavior in the wild.

Tang et al. (2018) evaluated the effect of trial history on Fitts’ Law by using variations of the Aimed Movement Task. A sample of 42 students was selected and randomized into two study groups: 1) 20 students who used their index finger for aimed movements on a touch screen; 2) 22 students who used a mouse cursor. A repeat of the trial took place two days later. Results indicated that, in terms of target width, trial history had an effect on performance on each subsequent trial. However, the target distance did not affect participants’ performance.

The task can be employed to test initial motor planning, motor capacity, speed-accuracy trade-off characteristics, and aimed movements. With a wide range of applications, the Aimed Movement Task can also be implemented to examine stroke patients and people with cerebral palsy. Note that individuals with cerebral palsy report high error rates which could be the result of oculomotor problems.

While the reciprocal protocol raises some concerns about its ecological validity in real-life settings, the Aimed Movement Task has numerous applications in user interface design and electronic interactions.

Evidence shows that the reliability of the Aimed Movement Task can be improved by instructing participants to re-click on the target after missing it. Additionally, the use of more precise cursors can improve reliability. Note that hand gestures (pitch-yaw and pitch-roll) can also imitate a mouse, with pitch-yaw movements revealing higher perceived comfortability. Widodo et al. (2019) found that, in terms of pitch-yaw movements, subjects experience less fatigue in the arm, shoulder, and neck; respectively, U = 89.5, p = 0.006; U = 107.5, p = 0.029; and U = 109.5, p = 0.035.Strengths