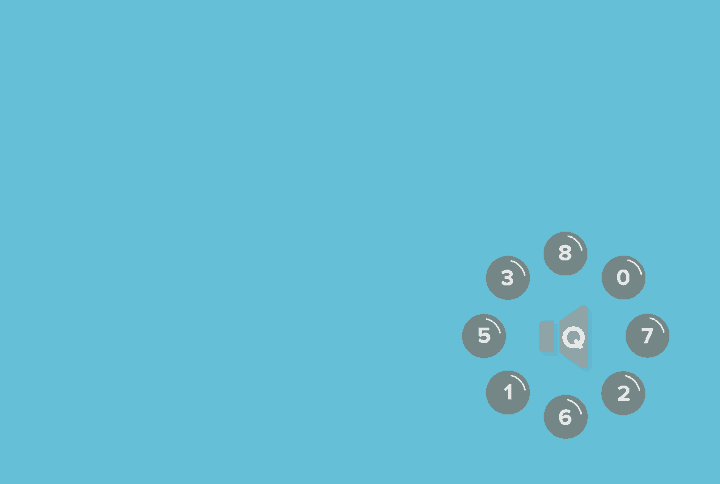 The Digit Sequencing Test, alternatively called the Digit Span Test is a key tool for working verbal memory. Usually, the examiner reads a list of numbers as the digit sequencing, and the participant repeats them until an incorrect answer is given. In the Qolty version, an audible module lists the numbers and the examiner inputs them onto the screen module. It can be modulated to digit spans of  1-100 sequences long, with forward and reverse sequencing available as features.

The Digit Sequencing or Digit Span test is one of the main tools developed to measure one’s verbal working memory. The test was originally designed to test working memory and attention, as part of the Wechsler Intelligence Scale. Usually, the examiner reads a list of numbers, and the participant repeats them until an incorrect answer is given (Blackburn, 1957). Sometimes the participant is asked to repeat the sequence of digits backward.

In computer-administered Digit Span tests, the digits are presented on a screen, which eliminates any verbal and reading bias. The Qolty mobile version of the test provides an engaging and easy to use platform to perform the Digit Span test.

Both options are available upon request: the ability for audible sequence priming or visual sequence priming with the ability for the respondent to answer with visual buttons on the screen.The Digit Sequencing test measures one’s verbal working memory and attention. After the examiner has presented the digits, the participant must recall them – until they can’t remember the complete sequence, or until they repeat it incorrectly (Blackburn, 1957). Usually, the trials are presented twice.

The Digit Sequencing test can be administered backward, which means that the subject has to repeat the digits in reverse order. This variation requires the participant to hold the digits longer in their working memory. Thus, it’s believed that the ability to perform well on this additional difficulty of the task can be linked to general intelligence.

Note that the average score for adults is to recall between eight and ten digits forward and between seven and nine digits backward (Lezak, 2004).The Digit Sequencing test has numerous applications in clinical practice and research.

Working memory. As mentioned above, the Digit Span is a great tool to measure working memory and verbal working memory, in particular. The test sheds some light on the process of encoding and receiving information, and also – on the way participants recall and verbalize their answers.

Attention. The usage of the Digit Sequencing test to measure attention is a controversial topic. Initially, the test was designed to test working memory along with attention, as attention is a crucial aspect of one’s cognitive functioning and everyday life. Researchers have observed a decline in performance when one’s experiencing stress. Thus, it’s believed that there’s a link between the two (Lezak, 2004). However, research requires using other tools to measure attention (see Comparisons).The Digit Sequencing test is usually given as a part of an assessment battery, such as the WAIS. The test has been adapted for adults and children.

When used as a tool to measure attention, the Digit Span tests should be combined with other measures. For instance, the Test of Everyday Attention (Robertson et al., 1996) is a reliable method, which consists of eight subtests, such as the Map Search subtest and the Elevator Counting with Distraction subtest. Note that the test-retest reliability coefficients for the Test of Everyday Attention are high (M= .7 for a control group and M= .78 for stroke patients). In addition, the test shows good face and convergent validity when combined with measures (Groth-Marnat & Baker, 2003).The Digit Sequencing test includes only numbers, and as such, it’s been proven that the digit sequence has a greater advantage when compared to the non-digit sequence (Jones & Macken, 2015).The digit sequencing test is better when compared with non-digit stimuli, such as letters (Jones & Macken, 2015). For instance, a study with 84 psychology students (age M= 22.07), conducted at the Nottingham Trent University, revealed the superiority effect of the digit sequence. Numerous studies show that the digit span increases with age.

Last but not the least, disorders, such as language impairments, may lead to low performance and scores on digit span tasks.Figure 1 shows that younger adults perform better than their elderly counterparts in both forward and backward spans.Generally speaking, the Digit Sequence has the highest specificity of all WAIS-III subtests (Groth-Marnat & Baker, 2003).

Validity: Nevertheless, the validity of Digit Sequence tasks can be questioned as there are many theories about the nature of memory, which makes it unclear what is being assessed. Note that the test reveals moderate criterion validity when correlated with the Stanford-Binet-IV composite score and Stanford-Binet-IV short-term memory; r = .48 and r = .52, respectively (Wechsler, 1997).The Digit Sequence test is an effective method to measure verbal working memory.

However, more research is needed regarding various aspects, such as long-term associative knowledge, and the application of digit span tests with unfamiliar consequences in real life (Jones & Macken, 2015).

Nevertheless, the digit sequence shows a superiority effect when compared to any non-digit span, and the Digit Span test is a preferred method to measure one’s cognitive functioning.