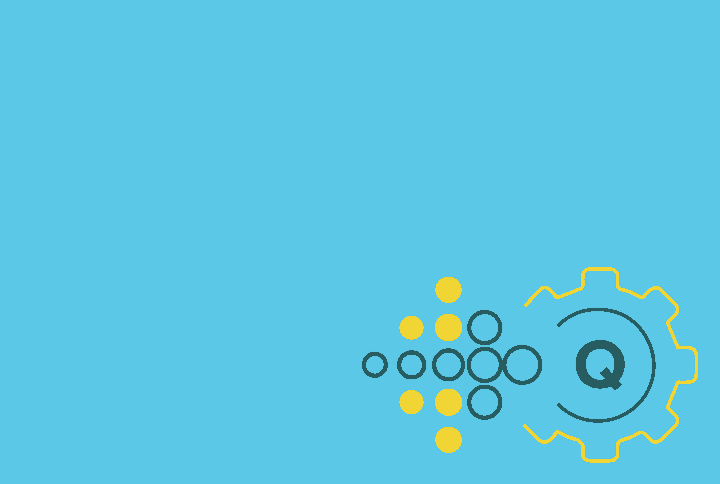 Fitbits are an increasingly common activity tracking device in the consumer health space, and can be integrated into Qolty to look at key features such as steps, calories burned (estimation), sleep cycles, and activity levels. The data is plotted over time and can be exported to excel down to 10 second intervals. Multiple models of Fitbit also can be integrated into Qolty. For a review of the use of Fitbit in various clinical populations, see the documentation below.

Fitbit is one of the most common physical activity trackers in the consumer market.

The Fitbit company started providing activity trackers in 2008. There are several types of activity trackers, which you can wear on the wrist, or clip to the pocket, waist or bra. These trackers contain a triaxial accelerometer, an altimeter (in some new models), heart rate tracker, and global positioning system (GPS). These trackers process data collected automatically along with the information provided by the user and can estimate physical activity, calories burned, steps taken, distance covered and even the quality of sleep. Additionally, novel features such as setting goals, creating networks with friends and family, posting to social media sites and displaying presentations of data using a smartphone or computer are also in use (Rosenberg, Kadokura, Bouldin, Miyawaki, Higano & Hartzler, 2016). Day level data is available to the consumer, and minute-level data can be obtained and set at intervals of 1, 5, 10, 15, 20, or 60 min. The Fitbit device is available in a variety of shapes and sizes.

All health care providers agree on the fact that physical activity promotes wellbeing among their patients (Hébert, Caughy & Shuval, 2012). Until recently, assessment of physical activity was self-reported, but nowadays many high-tech devices like wearable activity trackers have been developed to evaluate the quality of patient’s life. Activity trackers can be used not only in the consumer market but also in research studies. Many studies related to physical activity are using activity trackers for measurement, goal-setting, self-monitoring and reinforcement (Evenson, Goto, & Furberg, 2015).

Some of the most common side effects derived from the treatment among men with prostate cancer are the decreased bone mineral density, loss of muscle mass and strength, increased fat mass, enhanced cholesterol level, and glucose intolerance. These side effects could be reversed or limited by regular physical activity. However, men with prostate cancer usually have lower physical activity compared to the general population of elderly men. The Fitbit Zip device was also employed to evaluate the effects of physical activity in patients suffering from prostate cancer (Rosenberg et al.  2016). Patients were advised to wear the device for one baseline week followed by the filling of a brief baseline survey. After this phase, participants were given the Fitbit to keep and use for two optional weeks. Over 90% of the participants reported that the Fitbit Zip was easy to wear. These findings show that wearable activity trackers like Fitbit are highly acceptable, comfortable and easy to wear. On top of that, over 1/2 of participants continued using the Fitbit during the optional two-week phase.

The patients with prostate cancer experienced difficulties like health-related limitations, problems related to the process of syncing devices and data inaccuracies. Specifically, some participants reported that the Fitbit was not helpful because they were unable to comply with the challenges of healthy activity due to extreme pain and injuries. Furthermore, fatigue and poor stamina also limited the participants’ ability to exercise. Some concerns were raised regarding the accuracy of the step count and other forms of physical activity that are not captured by the studied devices. These technological barriers discouraged some patients from using the device, proving that these devices need familiarity with technology (Rosenberg et al. 2016).Lung cancer patients

Cardiac disease could not be excluded from the range of applications of Fitbit. Thus, the Fitbit Zip device was used in healthy adults during treadmill walking and in patients with the cardiac disease while hospitalized at home. The study participants were twenty healthy adults who wore Fitbit devices while walking on a treadmill at different speeds and 24 patients with cardiac disease who wore a device for 24 hours during hospitalization and for 4 weeks after that at home. Measurements agreed that a speed of 3.6 km/hour or higher is required to expect acceptable accuracy in step measurement using the Fitbit device on a treadmill and in real life. Slow speeds lead to inaccuracies, and this might be a problem for patients with cardiac disease who usually walk at a slow pace (Thorup et al. 2017).Attention Deficit Hyperactivity Disorder (ADHD)

Attention Deficit Hyperactivity Disorder is known to improve with physical activity in both the cognitive performance and executive function domains. The low acceptability and discontinuation of treatment among children raised the need for an innovative intervention incorporating the wearable activity tracker such as Fitbit Flex to enhance physical activity among adolescents with ADHD. In this intervention, the adolescents participated in a 4-week trial utilizing the Fitbit Flex in conjunction with three activities: weekly personalized step count goals, Facebook group support and daily text messages about physical activity. Results have shown that the Fitbit and Facebook intervention was feasible and had high acceptability among adolescents with ADHD, while adherence with wearing the Fitbit was high (Schoenfelder et al. 2017).Comparisons

Furthermore, the two devices showed some differences in the activity scores.  According to the findings of this study, the Fitbit Charge HR is a reliable, valid and alternative device to use for sleep evaluations and circadian rest-activity rhythm measurements compared with Actiwatch 2, but the sensitivity of the Fitbit Charge HR was not that accurate for identifying activity as the latter.Specificity Analysis of Five Physical Activity Monitors

The great number of physical activity trackers increased the demand for specificity among these devices, resulting to related studies. In one related study, participants had to wear the five activity trackers in activities like taking a bus journey, deskwork, taking an elevator, automobile driving, washing and drying dishes, indoor and outdoor cycling and others. Each task was carried out for either a specific duration of time or over a specific distance. The activity trackers used in this study were: Jawbone UP, ActivPAL micro, NL-2000pedometer, Withings Smart Activity Monitor Tracker (Pulse O2) and Fitbit One.  All activity monitors registered a significant number of false positive steps per minute during one or more of the prescribed activities.

The Fitbit tracker was found to be specific during the deskwork and elevator ride activities. However, the Fitbit One registered a significant number of false positives during the bus journey and on automobile driving.  On the other hand, the Fitbit One was found to be specific during the moderate non-stepping activities of washing and drying dishes and during the functional reaching task, correctly registering zero false positives. The Withings activity tracker was the one that performed best regarding specificity during the activities of daily living tested (O’Connell, ÓLaighin & Quinlan,2017).Cosmin

An increasing number of studies use activity trackers such as the Fitbit to promote physical activity among inactive populations. These trackers can also be used by health care providers to monitor patient prognosis and recovery by tracking activity levels and mobility. Furthermore, these trackers can also be used as a problem-solving tools to open new avenues in the field of medical research. Studies have shown that the validity and reliability of the data provided by the Fitbit depend on the population that uses these devices and the type of activity performed.

It has been validated that Fitbit One worn on the ankle maintained accuracy in individuals who walked more slowly and with shorter strides but other devices were less accurate in these individuals (Treacy et al. 2017).

The applicability of data obtained from a wearable activity tracker such as Fitbit Charge HR in medical research is of great importance. Compared with other actigraphy devices, these are more accessible because of their low cost.

The specificity of the Fitbit tracker is a serious limitation. The Fitbit One registered a significant number of false positives during the bus journey and on automobile driving.  On the other hand, the Fitbit One was found to be specific during the moderate non-stepping activities of washing and drying dishes and during the functional reaching task, correctly registering zero false positives (O’Connell, ÓLaighin & Quinlan,2017).