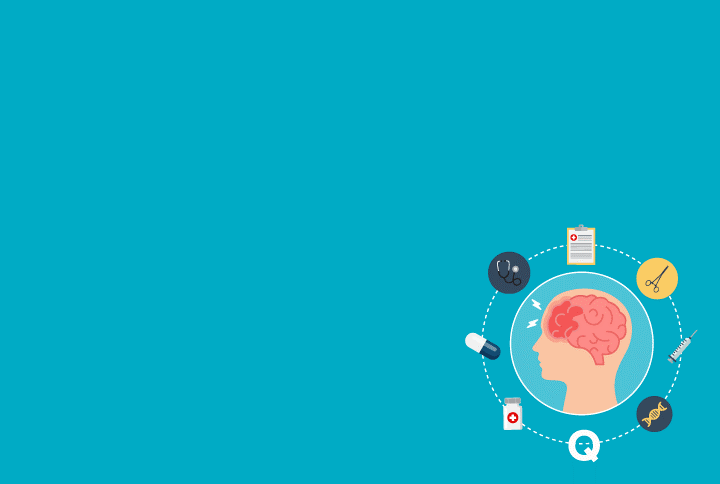 The Frontal Systems Behavior Scale (FrSBe) is one of the most prevalent behavior rating scales. It is a brief, reliable and valid tool used for the assessment of physiological damages and behavioral disturbances in the frontal lobes and circuits of the brain (Stout et al., 2003).

The frontal lobes constitute around one-third of the cortical area of the brain and are involved in vital social functions, such as planning, social regulation, and self-awareness. Therefore, neuropsychological and behavioral surveys and assessments, such as the Frontal Systems Behavioral Scale, are paramount in the field of medicine, pharmacology, and social sciences.

The Frontal Systems Behavior Scale is one of the most effective rating scales as it’s statistically reliable, brief, and easy to administer. It’s a 46-item behavior rating scale that assesses damages to the frontal systems of the brain in relation to three syndromes: apathy, disinhibition, and executive dysfunction.

Get a quote Today

And send FrSBe to your patients with QoltyAs explained above, the Frontal Systems Behavior Scale consists of 46 items used to assess damage to the frontal systems of the brain.

The scale allows self-assessment of recent behavior and retrospective behavior (post injury or illness). Along with the self-assessment scale, there are two additional forms for family members/caregivers or staff members within professional settings. These three forms are known as Self-version, Family version, and Staff version, respectively (Stout et al., 2003).

There are three behavioral syndromes that are a focus of research: apathy (including abulia and akinesia), disinhibition (including emotional dysregulation), and executive dysfunction. Interestingly enough, apathy has been linked to the anterior cingulate circuit, disinhibition to the orbitofrontal circuit, and executive functions to the dorsolateral prefrontal circuit.

The scale for apathy consisted of 14 items, the one for disinhibition of 15 items, and the category for executive dysfunction of 17 items. Information was obtained from family and caregivers with the following instructions: “Below is a list of phrases used to describe someone. How well does each of these descriptions characterize the person you were asked to evaluate? Please, rate these items according to the person’s behavior in the past two weeks. Place a number in each box that corresponds to your rating.” A 5-point scale was used, including a reverse scale (1=almost never, 2=seldom, 3=sometimes, 4=frequently, 5=almost always). The exploratory principal factor analysis employed by the team confirmed consistency with the three subscales in the frontal systems behavioral theory.

Since the test measures adult behavior, the scale can be applied to people between 18 and 95 years, individually or in a group. Usually, it takes approximately 10 minutes to complete the survey.

Not surprisingly, online platforms like Qolty facilitate assessment and analysis and motivate participants and researchers.The Frontal Systems Behavior Scale helps professionals assess and treat behavioral problems caused by damage to the frontal lobe systems in the brain. The test is defined as a brief, reliable, and valid measure of adult behavior, which permits behavior ratings by multiple observers (Grace & Malloy, 2001).

The frontal systems of the brain are paramount in life. For instance, the frontal-subcortical circuits allow living organisms to act on their surroundings (Bonelli & Cummings, 2007). As explained earlier, apathy has been linked to the mesial frontal and anterior cingulate cortex, executive functioning to the dorsolateral prefrontal cortex, and disinhibited behavior to the orbitofrontal cortex. In particular, researchers have proven that the anterior cingulate circuit is involved in motivated behavior, the dorsolateral prefrontal circuit in response to information and the orbitofrontal circuit in the integration of emotional information into behavioral responses. Researchers have also revealed that the right prefrontal cortex is one of the main areas involved in self-awareness. Therefore, tests like the Frontal Systems Behavior Scale can be used to study these regionally specific areas (Stout et al., 2003), and improve treatment and research.

In fact, many neuropsychiatric disorders, such as Tourette’s syndrome, Huntington’s disease, Alzheimer’s disease, frontal lobe dementia, obsessive-compulsive disorder, mood disorders, and schizophrenia, may be affected by damages to the frontal lobe areas of the brain.

The Frontal Systems Behavior Scale can be used to test behavioral problems, such as:

Problems related to the frontal systems in the brain are not only an individual issue but a global health problem. Simply because they not only affect families but society as a whole.As mentioned above, the Frontal Systems Behavior Scale was originally called Frontal Lobe Personality Scale (FLOPS) (Grace & Malloy, 1992).

Since researchers can use the scale to test behavior problems across a wide range of neuropsychological diseases, such as dementia and Alzheimer’s disease, the Frontal Systems Behavior Scale can be used along with other assessment tools, such as the Unified Huntington’s Disease Rating Scale.

Scientific findings are vital in neuropsychology. For instance, in people with vascular dementia, the Apathy subscale was highly related to daily activities (Zawacki et al., 2002).

What’s more, researchers showed that frontotemporal dementia (FTD) might result in problems, such as low self-regulation and poor social behavior. A study with 34 FTD patients and 34 DAT (Dementia of the Alzheimer’s) patients were compared – with the FTD group revealing higher changes in disinhibition.

Reliability: The Frontal Systems Behavior Scale has high internal consistency reliability. The intercorrelations between the factors vary between =.22 and =.43 (Stout et al., 2003).

Test-Retest: The scale also has good test-retest reliability. Note that a study with 101 TBI (traumatic brain injury) patients showed that the test-retest reliability could be observed only in the Family version of the scale, not its self-assessment form (Niemeier et al., 2013).The Frontal Systems Behavior Scale is a brief, statistically powerful and paramount assessment tool, which can be used in various medical settings.

However, due to its broad application across neuropsychological diseases, such as Huntington’s disease, dementia, and brain injury, the scale is still in the process of constant improvement. Researchers are trying to create a briefer and more concise tool (Carvalho, 2011).

Nevertheless, compared to other surveys, the Frontal Systems Behavior Scale is one of the most prevalent assessment methods in medicine.