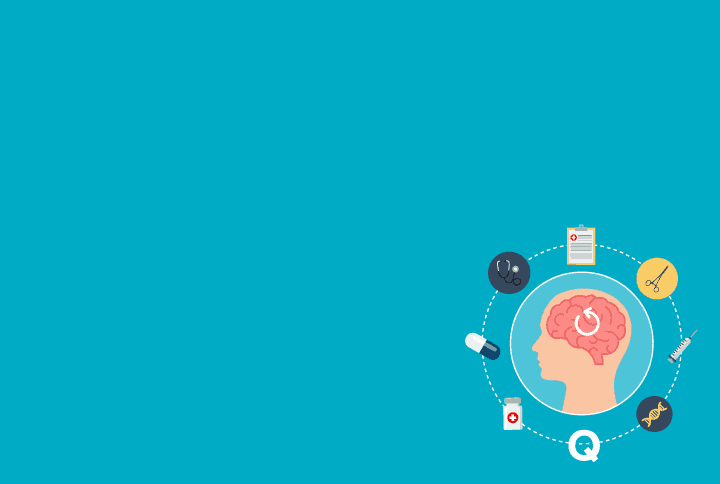 Galveston Orientation and Amnesia Test (GOAT) was developed by Levin, O’Donnell, and Grossman in the late 1970’s. The test was the first of its kind to measure orientation and attention and was initially developed to assess cognition in patients recovering from closed head injury (Levin et al., 1979). The test uses 10 questions to assess temporal and spatial orientation, biographical recall, and memory. The GOAT is a widely used assessment for post-traumatic amnesia used by health professionals and in the Emergency Department.

Traumatic brain injury (TBI) can result from a blow to the head and can cause an individual’s physical, cognitive and emotional behaviors to become unbalanced. These kinds of injuries usually result in Post-Traumatic Amnesia (PTA). The PTA state refers to confusion, memory loss and disorientation immediately following a head injury. Amnesia can be classified into two types: Retrograde Amnesia, individual losing memories formed shortly before injury, and Anterograde Amnesia, individual having difficulty creating new memories following the injury. PTA duration allows to measure the severity of head trauma, thus making PTA duration a good determiner of possible psychiatric and behavioral problems and TBI complications.

Get a Quote Today

And send GOAT to your patients

The Galveston Orientation and Amnesia Test consists of 10 questions regarding

The assessment is administered close to the time of discharge or after surgical procedures to allow maximum recovery time.

Mahmoud et al., 2009 evaluated female Moroccan patients who were exposed to carbon monoxide intoxication. Patients exhibited anterograde amnesia. The Galveston Orientation and Amnesia Test was administered to the patients on awakening in the intensive care unit. A mean score of 46 was recorded indicating impaired memory. The GOAT scores on the 10th day remained 46 and increased to 50 at the time of discharge three weeks later.

within the first 24 h after TBI could reduce the amnesia and disorientation time. Traumatic brain injury patients ranging in age from 16 to 50 years were randomly assigned oral RVS or placebo. The Galveston Orientation and Assessment Test was administered daily during hospitalization. The results showed that 25% of the RVS group achieved positive GOAT within 48 hours while it was only 7.69% for placebo.

Ganti et al., 2016 aimed to evaluate the potential of neurocognitive tests, such as the Galveston Orientation and Amnesia Test, in the prediction of short-term outcomes after acute TBI. The results of the study showed that lower GOAT score was significantly associated with hospitalization and the development of post-concussion syndrome at late follow-up.

Tate et al., 2001 evaluated the potential of Modified Oxford PTA Scale (MOPTAS) and Galveston Orientation and Amnesia Test in reliably predicting the duration of posttraumatic amnesia (PTA) in patients with traumatic brain injury. Patients were administered the test daily until they recovered from PTA. The model using GOAT data showed statistically significant potential with 72% successful accountable variance.Moin et al., 2011 prepared the Farsi translation of the Galveston Orientation and Amnesia test using “forward-backward” translation method that was reviewed by subject experts. The Portuguese translation and validation were performed by E Silva and De Sousa (2007).The Galveston Orientation and Amnesia Test is usually administered orally to the patient who may respond orally or in writing. Incorrect responses are awarded error points ranging from 2 to 5, depending on the questions. The score is totaled and deducted from 100. The results are manifested as:

Impaired = < 66Following is sample data for the percentage of individuals showing the positive score on the GOAT in the groups treated with Rosuvastatin (RVS) and placebo.Another sample graph shown below shows the changes in GOAT scores administered three weeks apart.Strengths

The Galveston Orientation and Amnesia Test is an objective assessment of early cognitive recovery. The test was the first of its kind to measure orientation and attention. The GOAT allows evaluation of post-traumatic amnesia which in turn can be used to predict the severity of head trauma and possible psychiatric and behavioral problems and TBI complications. The test is simple and straightforward in administration.

The Galveston Orientation and Amnesia Test is dependent on the memory aspect to determine orientation. The test may be difficult to administer in patients under the age of 15 or in individuals who are intubated or have expressive-language difficulty. Due to its simplicity, it should not be used as the sole assessment to determine PTA. Using the GOAT in combination with other tests may yield more efficient and cohesive results.