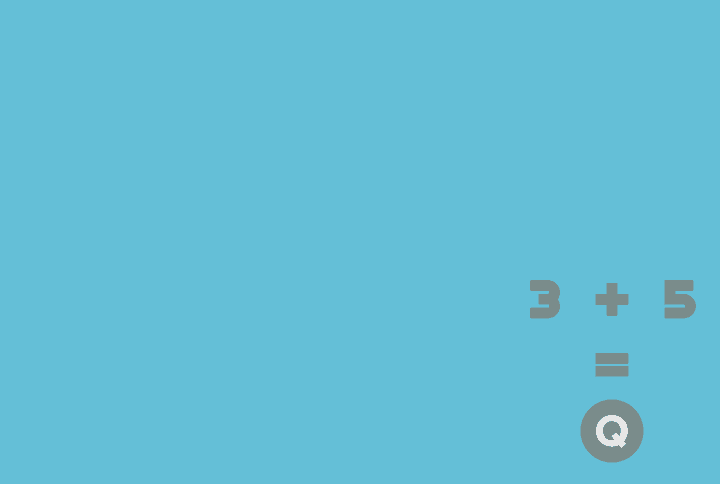 The Paced Auditory Serial Addition Task was developed by Gronwall 1977 to assess recovery from a concussion. Conventionally, the task requires the participant to add each number read to them to the previous number and announce the total. The numbers are delivered by the experimenter in intervals of about 2 to 3 seconds with the intervals being decreased in consequent trials. Variations of the test are also available to include visuals of the numbers.

Working memory plays a crucial part in reasoning and guiding our decision-making and behavior. This part of the cognitive system works with other cognitive processes such as attention to improve our ability in perceiving and utilizing information. Working memory impairment is an often-seen deficit in several neural disorders such as Alzheimer’s and ADHD. Brain injuries and mental disorders can also potentially impact an individual’s working memory and attention.The Paced Auditory Serial Addition Test trials are often conducted using an audio device to remove any ambiguity or human errors in announcing the numbers at predetermined intervals. The subject is asked to announce the total of the new number and the number immediately before it. During the trials, in case the subject gives a running total or pauses, the trial is stopped, and the process is explained once again. In case of addition errors, the examiner must continue the assessment without interrupting.

Baker-Collo et al., 2013 employed the Paced Auditory Serial Addition Task (PASAT) test along with Adjusting-PSAT and Stroop test to evaluate the presence of a reliable change in patients with Multiple Sclerosis. PASAT trials that decreased inter-stimulus interval from 2.4 to 2.0 seconds were used. The Simple Adjusting-PSAT was a computerized test that increased the inter-stimulus speed for a correct response and decreased the speed for incorrect response by 20 ms to reduce stress and frustration in the participant. Performance assessment was done over the course of 6 months. Scoring results based on baseline and 6-month follow up showed a significant improvement in the 2-second PASAT task.

Tombaugh et al., 2006  used the Adjusting-Paced Serial Addition Test task in calculating temporal threshold measures in patients with mild and severe traumatic brain injury. The task involved both auditory and visual tests, which had the inter-stimulus interval increased or decreased based on the correctness of the answer. Visual thresholds were significantly lower than the auditory thresholds obtained in the task. Overall the results of the task showed that the threshold values declined as a function of TBI severity.

Dujardin et al., 2007  evaluated the usefulness of the Paced Auditory Serial Addition Test in the assessment of the executive functions in patients with Parkinson’s disease. PASAT results showed patients performance was better at lower presentation rate of the digits. In comparison to the healthy controls, the Parkinson’ disease patients (treated and untreated) showed significantly worse performance in the task as the inter-stimulus interval decreased from 2.4 to 1.6 seconds.

Shucard et al., 2004 evaluated the performance of patients with systemic lupus erythematosus in PASAT using alternative scoring. The alternate scoring system rated two consecutive correct responses as dyads and calculated chunking score as the total number of correct responses following a skipped response. Four PASAT trials with increasingly faster rate (2.4, 2.0, 1.6 and 1.0-second inter-stimulus interval) were administered to the participants. Results of 45 SLE patients was compared with that of 27 controls using the alternate scoring procedure. For the 2.4 and 2.0 seconds trial, the correct response total did not differ much between the patients and control. However, SLE participants had fewer dyads and more chunking responses than the controls.

Rachbauer et al., 2006  performed a functional MRI study to observe the difference in cerebral activation patterns in patients with the clinically isolated syndrome (CIS) and clinically definite multiple sclerosis (CDMS) while the patients performed the Paced Visual Serial Addition task. The researchers were able to observe distinct cognitive processing differences in the groups, although the performance scores between the groups did not reveal any significant difference, even in comparison to the healthy controls.

Hiryikoski et al., 2011 used the Paced Auditory Serial Addition Test as a cognitive stressor in their assessment of the association of cardiovascular stress reactivity and executive functions in adults with ADHD. Adults with ADHD showed lower or atypical cardiovascular stress reactivity while performing the PASAT task. Although the ADHD group had a comparable intellectual capacity as the controls, they showed poorer executive capacity. The performance of the ADHD group in the PASAT revealed stress reactivity to be a significant performance predictor.The sample data compares the PASAT scores of individuals with ADHD with healthy controls (Hiryikoski et al., 2011).Following is another sample data for PASAT depicting scoring based on an alternate method for patients with systemic lupus erythematosus versus healthy controls (Shucard et al., 2004).Strengths

The Paced Serial Addition Test is a simple test for the assessment of working memory and attention. It is the third and final component of the Multiple Sclerosis Functional Composite and is administered at each visit to assess the performance of Multiple Sclerosis patients. The task allows assessment of progression of diseases as they affect executive cognitive functions. The task can be easily adapted to the varying needs of the investigation. Auditory and Visual Paced Serial Addition Test task have their own advantages and can also be combined.

The Paced Serial Addition Test task cannot be considered as an ultimate measure of cognitive processing. In fact, PSAT scores may not be a thorough assessment of recovery of processing capacity (Gronwall & Wrightson, 1975). The scoring method can be refined to allow more detailed assessments. By using Dyads (two consecutive correct responses) and Chunking scores (number of correct responses following a skipped response), differences in compared groups can be observed even if they have similar PSAT scores (Shucard et al., 2004). The task can be frustrating and distressing to the participants, and distractions can easily affect the scores.