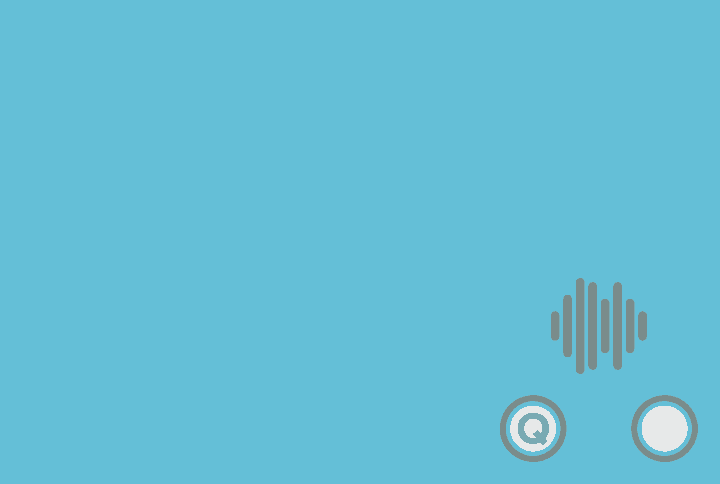 Audio is one of the categories of the Apple’s ResearchKit’s Active Tasks. This task involves listening to a series of tones via headphones for tone audiometry

The Qolty Mobile Assessments utilizes the Apple ResearchKit™ framework which eliminates the need for a separate audiometric device.

We utilize these functions for your use in your study, making it easy to capture objectively reported data from your patients.

An average human can hear in the frequency range of 20 to 20,000 Hz. Hearing loss or impairment can arise from a number of factors such as age, genetic, birth complications, trauma, and diseases, and can have a significant impact on the quality of life. The degree of hearing impairment can vary from mild to profound and can be temporary or permanent in nature. Typically, a person is said to have a hearing impairment if they are unable to hear 25 dB in at least one ear.

Several audiometric tests exist to test an individual’s hearing levels, ability to discriminate between sound intensities, recognize pitch and distinguish speech from background noise. Pure-tone audiometry is an audiometric test that uses single frequencies to test air and bone conduction (Saunders et al., 1990). The audiometric test can be broadly classified into screening audiometry, wherein the individual is tested for normal hearing levels with tones across the speech spectrum, and threshold search, wherein the softest sound an individual can hear at each frequency is determined (Walker et al., 2013). The basic principle of the test is to test the individual’s hearing capabilities at increased and decreased intensity and frequency of a signal. Since this test relies on patient’s response, the diagnosis is subjective.An audiometer producing different pure tone frequencies is usually employed for the task. Patients are comfortably seated and instructed about the procedure, ensuring they do not have any access to visual cues that could affect the performance. Supra-aural or circum-aural earphones are placed snuggly over the ears, and continuous or pulsed pure-tones are used in the determination of tone thresholds. At a time only one ear is tested at each frequency (usually starting at 500 Hz) in increments of 5dB. The patient is asked to indicate immediately when they hear the tone and when the tone goes off.Audio is one of the categories of the Apple’s ResearchKit’s Active Tasks. This task involves listening to a series of tones via headphones. Apple’s tone audiometry task eliminates the need for a separate audiometric device. Unlike the generally employed audiometry, the Audio Active Task depends on the user’s device to produce varying frequencies and collect data. The participants tap right or left buttons on their screens on hearing the tone. Different audio frequencies are played on different channels with progressively increasing volume until the user taps the right or the left button.

It allows direct participation of the user in the process of data collection for research at the ease of their home. Since the user itself can administer the assessment, the research time is reduced, and data is collected from a heterogeneous sample set. However, the test set up and test reliability is heavily dependent on the user.

The task measures the participant’s hearing capabilities based on the response to the frequencies.

Ralli et al., 2017 employed the Pure Tone Audiometry at frequencies of 0.5, 1, 2,4 and 8 KHz to assess the hearing capabilities in individuals with chronic tinnitus who had worked at least 10 years in the past 20 years. The patients were grouped into High-risk and Low-risk groups based on the likelihood of their professions exposing them to occupationally-acquired noise-induced hearing loss. The pure-tone audiometry results revealed that the High-risk group had a significantly worse hearing with a statistically significant difference for each frequency in comparison to the Low-risk group.

Seimetz’s et al., 2016 study aimed to factor the gender variable in analyzing the association between hearing thresholds, pitch, and loudness of tinnitus in patients with presbycusis. The patients were tested at 0.25, 0.5, 1, 2, 3, 4, 6 and 8 KHz frequencies. For each frequency, 10 dBHL was added to the individual ear threshold and presented as the pure tone or noise according to the patients’ description of their tinnitus to determine the pitch. Loudness was then researched based on the frequency indicated by the patient to be closest to the tinnitus they were experiencing by presenting pure tone or noise with initial intensity 10 dBHL under the patient’s threshold. Further, the intensity was increased until the patient identified it to be similar to the tinnitus present. These results were used to determine the level of sensation. The results showed no significant difference between the two genders.

Gregory et al., 2018 study used Pure Tone Audiometry in conjunction with other assessments to evaluate the impact of Down Syndrome on an individual’s hearing and speech capabilities. The auditory thresholds used for Pure Tone Audiometry ranged from 250 to 8000 Hz and were obtained by air conduction. Individuals with Down Syndrome had difficulty in discriminating the frequencies as compared to the controls. Researchers believe the application of auditory evoked potentials can contribute to early diagnosis of hearing alterations.

Takeuchi et al., 2017 evaluated the otologic features of primary ciliary dyskinesia (PCD) in their study that involved 8 male and 7 female PCD patients with mean age of 16.9 years. Pure Tone Audiometry revealed mean air conduction thresholds to be 25.0 dB and 26.4 dB in the right and left ear respectively. Mean air conduction thresholds of 22.3 dB and 29.0 dB were observed in ears with better and worse hearing respectively. The researchers believed that this data could assist in early detection of PCD.The following is the sample data for average pure tone for three ranges of frequency; Low (0.125, 0.25 and 0.5 kHz), Med (0.5, 1, 2 and 4 kHz) and High (4, 6 and 8 kHz), observed in the adult Saami population of Northern Finland (Lohi et al., 2017).The graph below is another sample of Pure Tone Audiometry data in the LOW-RISK and HIGH-RISK groups considered under occupationally-acquired noise-induced hearing loss. A statistically-significant worse auditory threshold was found for individuals in the HIGH-RISK group (Ralli et al., 2017).Strength

The assessment done by Pure Tone Audiometry is limited with respect to the reliability and accuracy as the process is based on patient response. Pure Tone Audiometry does not serve as a primary means to identify all hearing losses and can be difficult to implement in patients that are unable to cooperate due to their young age or other conditions.