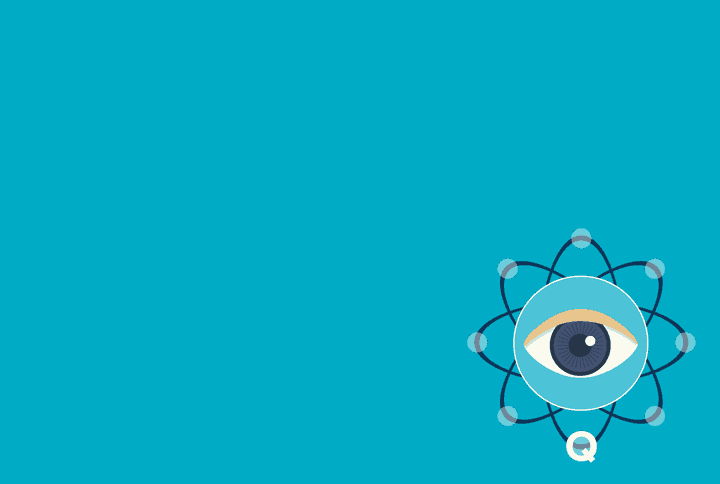 The Qolty VFQ-25 module comes with an easy to use onboarding assessment, to qualify the type of patient, a core module to deliver VFQ-25 in variable text  size and color, and with clear analytics to suit your study.

The aim of this study is to present an alternative solution to vision-targeted subscales such as difficulty with near and distant vision activities and other parameters that hinders ones person’s functionality due to vision impairment.

Developed by the RAND Corporation, “Visual Function Questionnaire (VFQ-25) is a reliable and valid 25-item version of the 51-item National Eye Institute Visual Function Questionnaire (NEI-VFQ). It is especially useful in settings such as clinical trials, where interview length is a critical consideration. ” This public document is for free and open to anyone provided that they cite the measurement used in all publications.

Previous studies show the reliability and validity of VFQ-25 is comparable to the observed values and results of 51-item version survey. There is an average of 92% subscale predictions of the corresponding 51 item subscale score.

The development of NEI VFQ-25 is structured with the guiding principles for the collection of the short-form items. It includes low item-level missing data rates, normal distribution of response choices and retention of items that explained the maximum percentage of variance in 51-item subscales. Table 1 presents the item number translation from the 51-item field test version to the VFQ-25 .

The test takes approximately 10 minutes in average with an interviewer that will ask the questions to the subject (patient).  VFQ-25 can also be a self-administered test, but the psychometric verification has not been developed yet.

Two-Step Process on Scoring VFQ-25 (with or without optional items) The survey’s numeric values results will be re-coded following the scoring rules shown in Table 2. Each item is converted from a scale of 0 to 100. This is to determine the highest and lowest scores, 0 being the lowest and 100 being the highest. Moreover, this is equivalent to the achieved percentage of the total score.

In order to create the 12 subscale scores, items within each subscale are averaged together. These scores indicate the average for all the stated items in the subscale which the respondent answered. Refer to Table 3 and Table 4.

*Response choice “6” indicates that the person does not perform the activity because of non-vision related problems. If this choice is selected, the items are coded as “missing”.Studies related to VFQ-25

A study about the VFQ-25 was supported by Royal National Institute for the Blind (RNIB) and the Medical Research Council in United Kingdom. Researchers presented questions used to derive NEI-VFQ subscales scores as seen on Table 5. This is used as a tool in measuring visual complications in the elderly population.  Research nurses administered the VFQ-25 among 2875 sampled participants presenting monocular and binocular perception (habitual distance correction) on the logMAR scale using Glasgow acuity charts. The study concluded that the VFQ-25 can be used as an additional calculation of visual ability because it measures significant complications which may lead to visual deficiency .Another approach for the NEI VFQ-25 study is observed from the Ohio State University. The objective of the study is to assess alternative method in scoring NEI VFQ-25 with patients that have low vision. It is a visual deficiency which is characterized by blurred vision, blind spots and may lead to blindness. Procedure consists of standard method measurement, Rasch analysis, and the use of Massof algorithm. These are extremely correlated methods but Rasch technique provides a necessary analysis of VFQ scoring .

NEI VFQ-25 are evaluated in patients with age-related macular degeneration are performed by Revicki et al of Center for Health Outcomes Research. Two clinical trials are performed among 1134 patients with average age of 77 years old. All of them underwent different measures such as NEI VFQ-25, SF-36 Health Survey, Visual Analog Scale and Visual Acuity Outcomes and Contrast Sensitivity. These data analyses were provided to examine the reliability and validity of NE VFQ-25 subscale and total scores.

The VFQ-25 survey consist of items which are similar on the items used in Activity of Daily Vision Scale (ADVS); another vision-targeted measure. However, ADVS was designed for patients who will be undergoing a cataract surgery. Assessment on set of activities relevant to these subjects is done. On the other hand, VFQ-25 is designed to measure the effect of ocular diseases in a wider field through an expanded range of activities assessment.TRANSLATION

VFQ-25 has been translated into approximately 9 languages as of August 2000. For the Mexican-American populations, a Spanish language version of the survey is translated and approved by the developer from the UCLA and RAND. Permission to translate in another language is required and the developers will provide researchers with corresponding translators. If the researchers wish to translate the survey on their own, the same permission applies provided that they will release a copy of the translated version.Study Sample

In this example, items 12 to 25 are used to produce the subscale for responses to vision problems. This subscale determines the role difficulties, dependency and mental health experienced by the respondent. Each of the items comprises of 5 choices.  Response 1 indicates that the respondent had experienced discomfort all of the time. If the respondent selects this choice, the result will be treated as 0 or missing. The remaining items will be averaged. Response choice 5 indicates that there is no difficulty in accomplishing tasks.

The procedure in scoring items is indicated in Table 2. It shows that responses 1 through 5 should be converted to numeric values as 0, 25, 50, 75 and 100 respectively.

The VFQ-25 is an effective tool in measuring visual related problems among those people who have chronic eye disease. This survey covers the symptoms on generic health areas such as emotional well-being and social functioning which affects a person’s daily activities. However, it should be administered with a qualified interviewer to the patient. Although there is a self-administered questionnaire, its psychometric testing has not been done.

According the latest version of NEI VFQ-25, detailed specific permissions are stated on the cover page of the questionnaire. Although it is an open document, acknowledging in all studies and publications where it is used that it VFQ-25 is established by RAND and sponsored by the NEI.SUMMARY & KEYPOINTS

Overall, VFQ-25 provides a promising analysis in terms of reliability and validity of measuring vision-targeted health status of patients. Most researchers proved its dependability through correlation among different visual analyses. However, if different studies regarding the possibility and validity of self-administered version will be helpful and encourage more people to be aware of their visual health status.REFERENCES