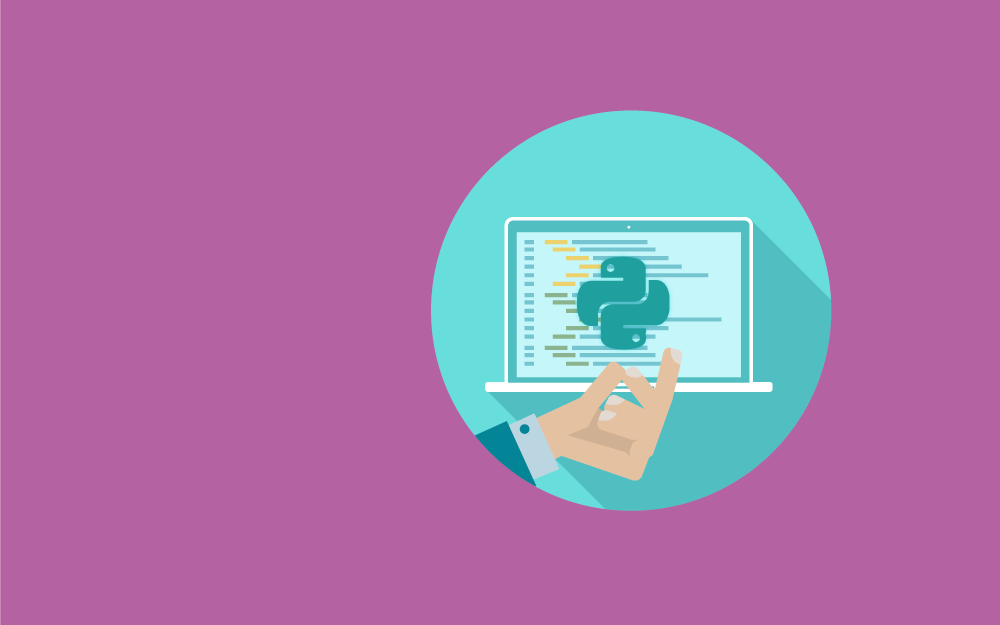 Language is the foundation of everything, no matter how fascinating or basic the undertaking is. Everything in this world is driven by a language. Similarly, at the base of technological advancement that we all have been witness to, lies a set of different programming languages.

But what is a programming language?

To put it simply, the programming language is the compilation of vocabulary and grammatical rules to structure a coherent command used to instruct a computer to execute that specific command. (Naur, Univ, and Denmark, 1975)

There are many programming languages with their purposes, advantages, and drawbacks, such as:

This article, however, intends to make the understanding only one of these programming languages easy for you.

Today, we aim to describe what is Python, what it is used for, how you can run and install it, or even how to write your own very first python program. We will go over all of it but in the simplest of manner.

Python is a high-level, cross-platform, powerful programming language. It is one of the most popular languages among programmers and developers across the world. Python was developed by Guido van Rossum and released in the year 1991. (Rocha and Ferreira, 2018)

Python can be run on multiple platforms, e.g., Windows, macOS, Linux, so on and so forth – which makes it a cross-platform and multi-purpose computer programming language that can build just about anything with the correct tools.

The syntax of Python is quite easy to understand and use, which is a big plus for those of you who are new to computer programming. The easy syntax is written in C which is called CPython in default implementation.

Python is the best thing that has happened to data analysis, scientific computation, backend web development, and artificial intelligence.

What can you use Python for?

As we have established above, Python is a general-purpose programming language that can be used for the following tasks:

All and all, Python being the high-level programming language lets us concentrate on the central functionality of any application by self-executing the common programming tasks on the server’s end.

What can Python do?

The general-purpose nature of Python programming language means it stands to serve quite diverse purposes. The key Python feature is its support for both procedure-oriented as well as object-oriented programming. Unlike other programming languages, e.g., Java, Python supports multiple inheritances. (Shukla and Parmar, 2016)

Python can typically do the following:

The Syntax of Python

The main reason for the simplicity of the Python programming language is that it was designed for intelligible readability. It carries some similarities and influences with the basic English language as well as mathematics. Python, unlike many other programming languages, uses new lines to execute thorough commands over common usage of semicolons or parentheses. Python uses whitespace indentations to define scope or program blocks as opposed to other programming languages, e.g., C/C++ that rely on braces ({}) to indicate the scope of loops or blocks of codes for classes, functions, and flow control.

Now that we have a decent idea about the Python programming language and its functionality, let us go forward about how to get started with it.

Although Python is a walk-in park for an experienced programmer of any language, it is not-so-difficult for aspiring programmers either. Even if you are a beginner, you can pick it up relatively quickly and use it in technical endeavors.

Keeping up with our promise above, in this part of the article, you will learn how to install and run Python on your computer.

To make it less complicated, we advise people who are new to the world of programming to start learning Python programming by using an open-source Thonny IDE. The Thonny IDE – a free Python Integrated Development Environment – is the easiest way to get the Python to run correctly. It is designed to assist beginners by supporting different codes, easy yet detailed expression evaluation, call stack visualization, and a specialized mode for references and heap explanation. To top it all, it comes equipped with the latest version of Python, which renders the separate installation quite unnecessary. (Annamaa, 2015)

For those of you who choose to pay heed to our advice and begin with Thonny IDE, you just need to follow the following 6 steps to get your Python up and running on your system:

Those of you who do not want to work through Thonny IDE, follow the following steps to install and run the Python on your system:

There are two modes to run Python, first is the immediate mode, which allows directly inserting Python code and receiving the output, while the second is the IDE mode, where you can even create a Python script file by using any text editor. Only IDE requires .py extension at the end of every file name.

To exit either of the modes, writes quit() before pressing to enter a command.

With understanding, installation, and running aside, the next logical step is to learn how you can write your very first Python program.

If you have been doing your research regarding the ins and outs of the programming spectrum, chances are you are already familiar with the program called “Hello World!”. It is typically used as an introduction for any programming language to beginners. The output of “hello, world!” comes out as Hello, World! (Jenkins, 2015)

The simplicity of it makes it the best program to try as our first Python program. Start by typing this program in an IDE in case of using Thonny or in text editing software and save the file with .py extension, e.g., HelloWorld.py. After that, go running and click on Run File, and you will get the same output as mentioned above.

And that’s it! You have just successfully written and executed your first Python program.

As with any other language, computer programming languages have their own predetermined set of words. The reserved words in Python programming are known as keywords. Once you know how to write a program, you should keep on experimenting with different methods and descriptions of Python keywords and identifiers. Remember that you cannot use identifiers such as variable name or function name as keywords because the reserved words are used to outline the Python language’s syntax and structure. All Python keywords must be written in lower case except for False, True, and None due to case sensitivity that is common in Python programming language.

Here is the list of 33 keywords along with the method and description:

These keywords are liable to some alteration depending on which version of Python you are using. You should always get the list of keywords in your current version.

There is a lot more to Python, which is an encompassing programming language with multi-function operations – but we have given you a comprehensive basic understanding that is more than sufficient to get you started with your program. The most recent version of Python is Python 3, which has more updated features than Python 2. Yet, Python 2 is quite popular, especially among beginners, for its simple configuration.

Programmers and web developers are high in demand. If you are thinking about making it your career, then keep on learning until you develop first-rate programs in numerical computing.