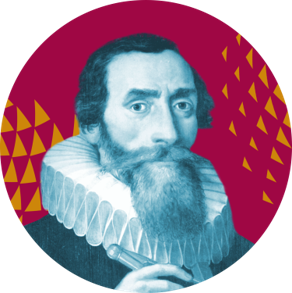 Johannes Kepler is not a name everyone has heard of, but it is thanks to him that we know we are not the center of the universe anymore. From a young age, Kepler was fascinated with the stars and put his life into researching the motion of the planets. Kepler created three laws by which all planetary bodies must abide, but it wasn’t until Isaac Newton discovered the law of gravity that these laws were explained. Working with Galileo at some points they were two intellectuals who pioneered for Copernican system (the sun being the center of the universe), in a world where everyone believed this not to be the case. Unfortunately, Kepler never saw his dream realized in his lifetime but we now recognize his work, and the Kepler Space Telescope was launched in 2009 in his honor.