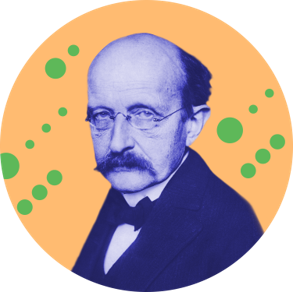 Max Planck is one of the most famous names in theoretical physics, in 1918 he won a Nobel Prize for his discovery of energy quanta and he also provided the world with Planck’s Constant. A number that allows physicists to calculate the energy contained within certain matter, for instance, a photon. From a young age, Max Planck was noticed as a gifted person in intellect and decorum, he attended a school for gifted children and went on to the University of Munich and Berlin. Upon becoming a lecturer he helped define the second law of thermodynamics, arguably the most important law in our universe. A large portion of his life saw him devote his research to blackbody radiation, the absorption of all matter, and electromagnetic radiation…. what we now know as black holes. This led him to the study of the quanta and his remarkable discoveries here.