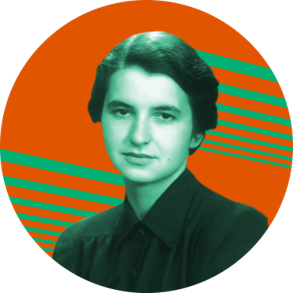 Rosalind Franklin’s achievements in understanding the structure of DNA have profound consequences in today’s society in hundreds of different fields. Growing up in a Jewish family during WWII she helped many refugees, even giving one her scholarship to university. Unfortunately, she was not accredited with many of her discoveries in her lifetime due to the fact that she was a woman. Her colleagues even hid how much work she had contributed and gained a Nobel Prize for it. She was posthumously awarded a Nobel Prize in Medicine (1962) and the Louisa Gross Horwitz Prize (2008).