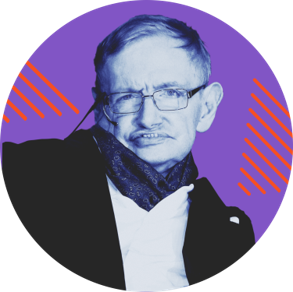 Stephen Hawking stands right next to Albert Einstein when it comes to the greatest scientists of history and indeed of recent times. In his early twenties, he was diagnosed with a degenerative muscular disease, yet he didn’t allow this to stop him from living far beyond the expected 2 years he was given to live. Hawking was studying one of the mysteries of our universe: Black Holes. Here, where nothing can escape its gravitational pull, not even light, he theorized that they emit radiation. Upon first introducing this idea he was laughed at by some but held as a genius by others. Using Einstein’s theories, he managed to calculate that spacetime does not act as previously thought around black holes sparking a revolution in the world of physics. He made his way into pop culture and worldwide fame through his publications of books that presented his findings and the history of science to the common person.