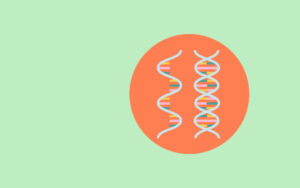 Introduction Chromosomes are thread-like structures, located in the nucleus, which carry hereditary information in the form of genes. Structurally, it is composed of ‘packaging proteins and DNA molecules’, and it is represented in different shapes and numbers which vary among different living organisms. For example, bacteria have circular chromosomes, whereas organisms like humans and other animals have linear chromosomes (humans
September 28, 2020

As an Amazon Associate, ConductScience Inc. earns revenue from qualifying purchases Introduction Cytogenetics is the study of the structural and functional properties of the chromosome. It includes chromosomal structure, function, behavior - during mitosis and meiosis, and influence on the phenotype of an organism. It is used as a tool to understand genetic phenomena due to chromosomal aberrations. It combines
April 20, 2020