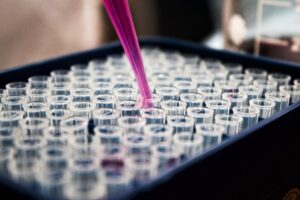 Cancer Cells Prefer a Safe Pathway with the Least Resistance

Even though cancer spreads quickly it is lazy in its choice of migration route. According to a new study migrating cancer cells prefer paths of least resistance. Such cellular behavior is not just a characteristic of cancer cells. Other metabolic and cellular processes like wound healing and inflammation follow the same paths. The researchers suggest that energy costs and inter-cellular
September 19, 2019