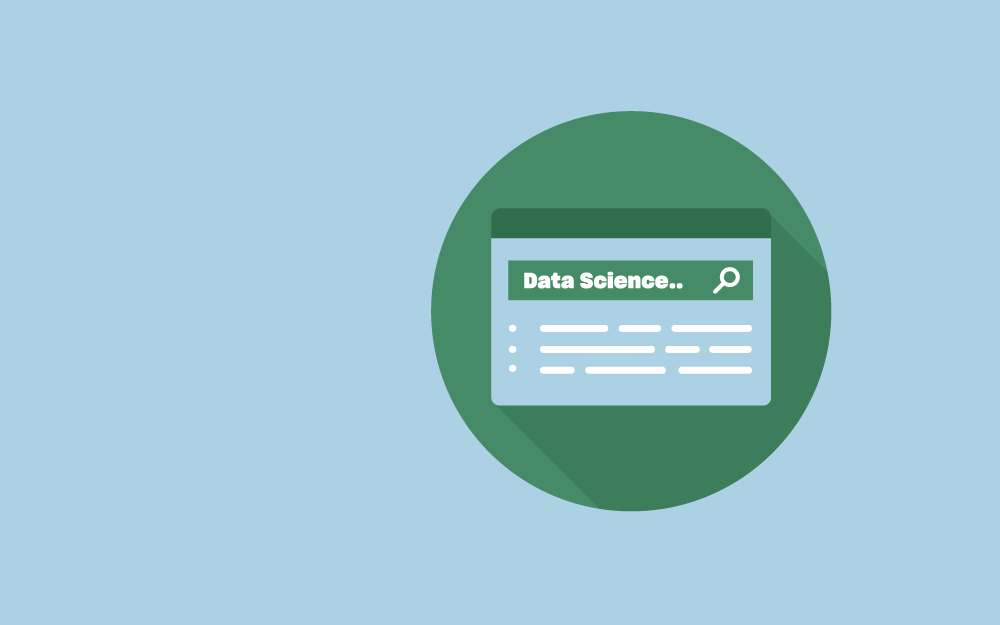 Understanding the Terminology of Data Science

Data Science, to put it simply, is the catalyst of all the transformations that are driven by data. It is the theory as well as the practice behind the data revolution that we are seeing across every field today. From NASA satellite data to big data guide for the global climate system, from artificial intelligence application in daily life to predictive analytics in healthcare – these are just a few breakthroughs that have been made possible due to our scientists’ steady progress in collecting and analyzing data. (Himanen, Geurts, Foster, and Rinke, 2019)

Just as with any other specialized field, data science works through its language to be able to execute big data or artificial intelligence. You may very well find this specified lexicon nearly foreign and be thoroughly confused by all the technical jargon at first – a problem that necessitates the understanding of basic terminology of data science.

It does not matter, whether you are here for a quick overview or you want to acquire an in-depth knowledge of the field, learning the frequently-used terms will go a long way towards a successful career or educational journey.

Professor Robert Brunner from the School of Information Sciences at the University of Illinois rightly said, among other specialties, Data science is a language. This is bound to seem unusual to you because the numbers have been the most common association of data science careers. It is a very smart way to get beginners like you who are just starting with data science, interested in learning a lot of new terminologies. Even then, it can be a pretty hard roller-coaster ride to keep up with the concept, techniques, context, and unfamiliar term at the same time.

That is exactly how this article aims to help you understand it all straight through a comprehensive data science terminology. We’ve compiled a list of most frequently used data science glossary below, with a brief explanation of the purpose and usage.

Let’s start with the basic terminology from the concept itself. For the fundamentals of the field of data science are constant regardless of whether you are an investigator, mentor, or a practitioner yourself. Each one of you organizes, analyzes, and transforms the raw data into readable information, and then applies this information to advance your goal with the help of technology. (Fridsma, 2018)

Data science is a field that studies and develops secure, well-organized, and efficient methods to analyze a substantial amount of data to extract contextual information effectively. It works through mathematics, statistics, computation, analytics, programming, and data mining. Data science aims to achieve insight into both the structured and unstructured type of data.

Data scientists are professionals with exceptional technical skills in analytical data. The data scientist’s responsibilities include gathering, compiling, reading, and formatting data to enable prediction and manipulation of just about every type of data. These individuals are usually experts in various programming languages, as well as data construction and deconstruction.

Data analysts are one step behind full-fledged data scientists. They specialize in trend identification by reading and interpreting data.  An interpreter of data typically specializes in identifying trends. If you are planning your academics or career as a data analyst, you would need skill and the same professional responsibilities as a data scientist except for coding experience.

They are the same as data analysts but rather directed towards the proposition of data analyzing techniques, which further pave the way for business growth and advancement. They can provide insights and predictions based on their data analysis for a specific case study, which could be helpful for decision making.

Data engineering is the most valued pioneer in data science. Without data engineers, data scientists would have an impossible time analyzing and translating data into useful information. They prepare, design, build, and maintain the Big Data infrastructure that enables data scientists to proceed adequately.

Data analysis is referred to as a process that performs certain operations on the data with the help of some tools. In this process, the data is inspected with the help of tools and studied for modeling to draw useful information out of the data, which is conclusive and helps in decision making for a certain problem or query.

R is a widely-used programming language that is used by software engineers to develop software that helps in statistical computing and graphics too. It supports various platforms like Windows, Mac operating system, and Linux. It is widely used by data analysts, statisticians, and researchers.

Python has been a very powerful and high-level programming language that has been around for quite a while. It was used for various application developments, but now it has been upgraded with new tools to be used, especially with data sciences. It gives output files which can be saved as CSV formats and used as spreadsheets.

Data set refers to the structured collection of small and/or large data. Data sets could be simple or complex, depending on the requirements and attributions.

Data modeling is the process of building models of the complex data that can predict and inform about the expected as well as unexpected results. It involves text and symbols to turn the available data into a visual document.

Data cleaning is done with the help of tools that are integrated with databases and are also time-saving. They reduce the time consumption by searching, sorting, and filtering data to be used by the data analysts. The refined data becomes easy to use and is relevant.

Data mining helps data scientists to understand data sets and find appropriate models. The process of data mining is accomplished through one or many techniques such as data regression or classification and outlier or cluster analysis.

The separate charts and/or graphs, comprehensive info-graphy, or even data dashboard most commonly seen in the research models is called the process of data visualization. It is turning any form of data into a visual context to enhance readability and comprehension.

Data clustering is referred to as the classification and grouping of data based on similarity. Each group of data is different from the other. This grouping is done to categorize data for ease of access.

Data wrangling or munging is the most time-consuming and decluttering aspect of data science. It is where the data scientists turn the raw data into structured or formatted form to become legible and meet the required purpose.

Data extraction tools are also known as web scraping tools. They are automated and extract information and data automatically from websites. The following tools can be used for data extraction.

Data governance is the management of the data in terms of ensuring security, preventing quality interference, and maintaining integrity through a governing body.

To put it simply, Big Data is an extremely large and complex data set that cannot be run through traditional data processing methods. The purpose of maintaining and conserving the massive volumes of both the structured/unstructured data is to analyze and extract information concerning human behavior trends and interactions.  (Sivarajah, Kamal, Irani, and Weerakkody, 2017)

Deep learning is a stem of machine learning, which in easy words, provides the thinking capability to the machine that lets them distinguish between certain objects. Self-driven cars are the biggest example of deep learning as well as speech recognition software. Smart computers are designed in a way to perform tasks on image, sound, or text instructions.

An algorithm is a mathematical expression of well-defined instructional sets that are to be performed in a sequence. It appears as a sense of duty of the data scientist to have the ability to identify a suitable algorithm for a task or problem that should serve the purpose by giving desired results. The most well-known algorithms you will come across as data scientists are Bayes theorem and linear regression.

Linear regression is a statistical technique that is used to represent an association of more than two variables. It can predict the value of a dependent variable with the help of an independent variable.

It is a learning method for the machine itself. In this process, the machine learns and then regulates its performance according to historical data responses and provides suggestions based on that learning. It is a component of artificial intelligence. (Baştanlar and Ozuysal, 2013)

Commonly used in clinical and medical researches, hypothesis testing is a statistical tool to establish the accuracy of a specified hypothesis.

Also called Structured Query Language is a programming language that is used to engage with the database where the data has been stored. The queries used in SQL update, manipulate and perform different tasks on data. It is the most commonly used language for the database.

It is a programming language that is used to develop algorithms, user interfaces, and perform data visualizations. It is a commercial language and is widely used by data scientists and engineers due to its multidimensional concepts and procedures.

Apache Hadoop deals with huge data volume and its computation. It is a framework of different software that provides a layered structure to distribute storage between different computers for easy data processing of big data.

OctoParse is a popular web scraping tool that is available in both free and paid versions. It presents data in structured and easy-to-read and use spreadsheets so that additional operations can be performed. It is a powerful tool to extract phone numbers, IP addresses, and email IDs, etc., from the websites.

As the name says, OpenRefine is a tool that refines tangled data. It sorts and systemizes the data before it can be transformed from one form into another. It provides easy and speedy access to data. Similar data cleaning tools are MapReduce, Rapidminer, and Talend.

Apache Spark is an analytical tool that processes data, provides real-time analysis, and enables mini and micro-batches and streaming. It provides a highly interactive workflow with its splendid productivity.

Non-programmers who are not aware of the nitty-gritty and complexities of programming and its language can make use of Fusion Tables – a web service for collecting data. Here, you can upload and save data in the form of CSV files. It has a similar look and feel of excel spreadsheet that allows editing to see real-time changes. It provides data in the form of Pie charts, Bars, timelines, line plots, and scatters plots.

With fusion tables, you can also link the data tables with your websites and create a map that can be further improved with colors and editing tools.

Data science is a vast field that is further progressing with every passing day. It is associated with artificial intelligence and machine learning, which are already moving forward with innovations in their dimensions. The data science terminologies do not end here; it is but only the introduction that aimed to familiarize you with basic understanding. There is more to come.