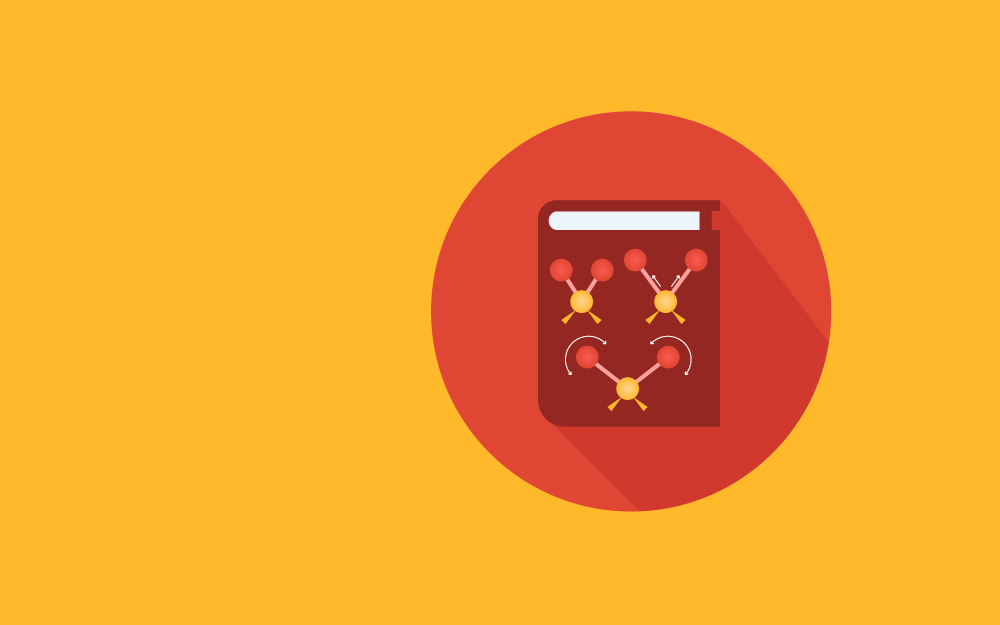 The Basics of Infrared Spectrophotometry

Spectroscopy refers to the interaction between electromagnetic (EM) radiation and matter as a function of its frequency or wavelength. From this, a number of quantitative and qualitative measurements defining aspects like sample concentrations, structure, chemical compositions etc, can be obtained depending on the spectroscopic technique and spectrum of EM radiation used. When EM radiation interacts with matter, its frequency can undergo absorption, diffraction, inelastic scattering, emission and impedance by the atoms of the material substance. In addition, the interaction increases the internal energy transitions of the atoms and depending on the type of EM radiation, it causes the atoms to rotate in the case of microwave radiation, vibrate for infrared, have electron excitation in case of visible light or undergo ionization with UV and x-ray.

Infrared spectrophotometry, also referred to as Infrared spectroscopy (IR spectroscopy) is one of the most useful techniques for structural and functional group analyses and it has been used widely since its inception to identify unknown substances.  This technique utilizes the ability of atoms to absorb infrared frequencies that match their internal vibrational frequency leading to the generation of an absorption spectra specific to the chemical bonds within the sample under analysis.

The technique has found wide applicability in various fields that require identification of organic substances. In research science, IR spectroscopy has been used in chemistry labs to identify and elucidate the structure of chemical substances. In industry, it has been used in food and drug administration to investigate the presence of (restricted) substances and for quality control to analyze the purity of food and drugs. The technique has been used in the manufacturing industry to evaluate on-going reactions by measuring the appearance or disappearance of particular reactants or detect the formation of polymers. Infrared spectrophotometry has also been used in the art world to verify authenticity of prized art by testing paint pigments while in forensic science, it has been used to identify substances of interest from crime scenes.

In infrared spectrophotometry, diatomic molecules that are symmetrical (homonuclear molecules) like N2, Cl2, and certain bonds in polyatomic molecules, like CO2, do not absorb infrared frequency and therefore have no IR spectrum. This means that one might observe less number of absorption spectrum bands compared to the predicted (by calculation) vibrational mode in a molecule. This is because for a molecular bond to be ‘’Infrared active’’, the vibrational mode must involve change in the dipole moment.

Why do Molecules Only Absorb IR Frequency Resonant to Their Internal Vibrational Frequencies?

The type of vibrations or vibrational modes refer to the changes in the position of the atoms making up the bond. Vibrational modes are divided into two main categories namely, stretching and bending, as follows;

This involves changes in the bond length between the atoms. The atoms can either move closer to each other, thereby shortening the bond, or further apart.

Stretching can be subdivided into;

Symmetric stretching: where two atoms simultaneously move toward or away from a central atom.

Asymmetric stretching: where the two atoms, joined to a central atom, move in different directions.

This type of vibration refers to the changes in the ‘angle’ between two bonds and can further be subdivided into;

Rocking: where two atoms move either clockwise or anticlockwise on the same plane.

Scissoring: where two atoms are moving towards or away from each other on the same plane.

Twisting: when the two atoms are moving out of the plane, where one moves forward and the other backward.

Wagging: an out of plane vibration where the atoms move simultaneously away and toward each other in a v-shape.

The most common classification of the IR spectrum divides it into three IR regions named in relation to their distance from the visible light spectrum as follows;

The near IR region: This is the range bordering the visible light region, it has the highest energy and the shortest wavelength of the three regions. It traverses the 14000-4000 cm-1 (wavenumber,ῦ ).

The far IR region: This borders the microwave spectrum and is at the range of 400-10 cm-1. This region is useful for analysis of inorganic substances and gases because this is the frequency range where their fundamental vibrations occur.

The infrared spectrometer (or spectrophotometer) measures the relative amount of energy as a function of the wavelength/frequency of the infrared radiation when it passes through a sample.

This was the first generation IR spectrometers. The key components are the IF radiation source, entrance slit, monochromator and detector. The source of energy is directed along both a sample and a reference path (for instruments with double beam) and then into the monochromator.

The monochromator splits the IR spectrum into various frequencies and then the slit allows only one frequency at a time to be detected. The now spatially separated wavelengths of light are directed, by moving the grating through a narrow slit, which chooses which frequencies are being detected, and then onto the detector.

The main difference between FTIS and the DS is that the sample is irradiated with all infrared frequencies simultaneously. To achieve this, a device called an interferometer is used to split the IR light into two beams, one is reflected by a fixed mirror and the second by a sliding mirror, perpendicular to the fixed one. This means that the path length of the fixed mirror is constant, while the path of sliding mirror keeps changing, creating an optical path difference between the two beams of light. The two beams recombine again at the beam splitter and are directed to the sample, due to the optical path difference, the resulting graphs form an interferogram which has to be converted to the normal IR absorption spectra using a mathematical technique known as Fourier transformation.

This is essential for quality data production. Water, glass, plastic, and other infrared absorbing substances are not used to hold or dissolve samples. Instead, salts and salt plates such as sodium chloride, potassium bromide, silver chloride, diamond dust are used to hold/support the sample material. The type of sample to be tested informs the method of preparation.

Solid samples can be crushed into a powder and made into a paste using mineral oil, dissolved in a non-reactive solvent or pressed into a very thin plate using a hydraulic press. The powder sample is mixed with a specific kind of mineral oil and the paste is smeared evenly on the salt plates for reading. For solids that can be made into solutions, ensure that the solvent does not react with the sample. After samples dissolves, transfer a drop onto the salt plates for measurement. The thin and transparent pressed sample is made by mixing the ground solid with ground potassium bromide that is approximately 100 times its weight. Both sample and potassium bromide need to be finely ground because large particles can scatter the IR beam.

Liquid samples are put between two highly polished salt plates such as sodium chloride plates, so as to evenly flatten the sample droplet, then, mounted onto the sample holder for reading.

Gaseous samples are put in salt cells of about 5-10 cms length.

The infrared absorption spectra is usually presented as the percentage transmittance on the y-axis against the wavenumber (and rarely as wavelengths in nm) on the x-axis which is at a range beginning at about 14000-10 cm-1 with most organic substances having an absorption spectra ranging between 4000-400 cm-1. The graph shows ‘’peaks’’ and ‘’dips’’ where absorption of radiant energy is represented by a dip in the curve with zero transmittance corresponding to 100% absorption of light at a particular IR frequency. A peak represents low absorbance where 100% transmittance of light represents zero absorbance at a particular frequency. Sometimes, the graph can be presented in terms of % absorbance on the y-axis in which case the peaks and dips are inverted.

Figure 1: An absorption spectrum showing absorption at 3000-2900 cm-1 which is a characteristic of a tetrahedral C-H functional group. The absorption bands at the fingerprint region are used to further pin-point the compounds

Table 1: The stretching frequencies of different bonds. Such reference tables are used to interpret the absorption bands data.

Infrared spectroscopy is a powerful method for investigating structure, functional groups and compositional changes in organic and inorganic molecules in varied forms. In combinations with other instruments like mass spectrophotometer, NMRI or microscopes, it forms a part of a powerful analytical tool.