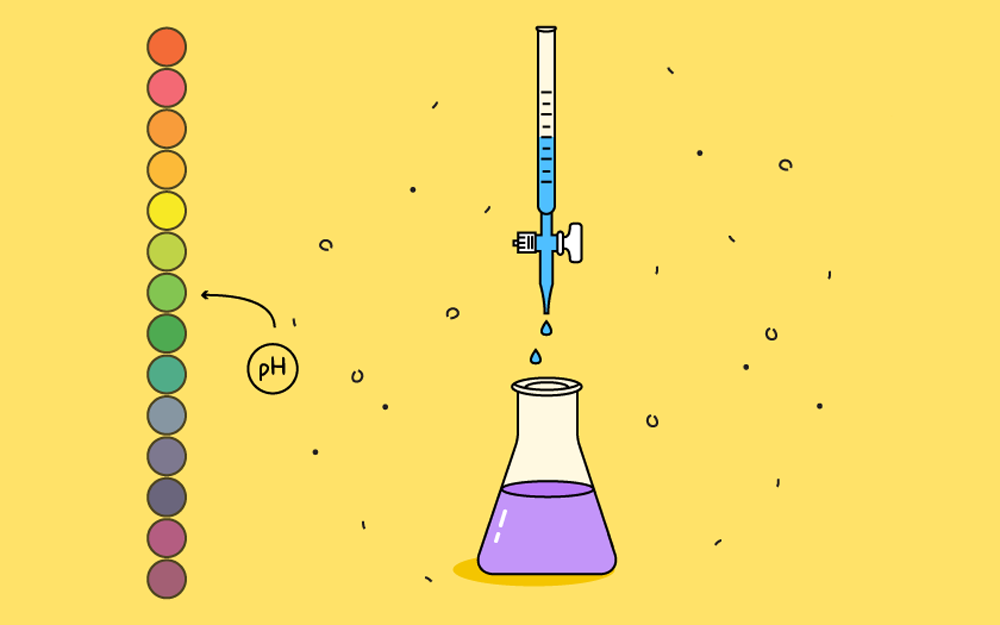 An acid is a chemical, which when added to water, increases the amount or concentration of hydrogen ions, or H+, making it acidic.

How does a chemical increase the concentration of H+ when added to water?

Historically, three models were proposed to describe how a chemical increases H+. The first model was proposed by Svante Arrhenius. He defined an acid as a chemical that “releases” H+ into water.

The second model was developed independently by chemists Johannes Nicolaus Brønsted and Thomas Martin Lowry. They defined an acid as a chemical that “donates” H+ to water, like the Arrhenius model.

The third model was proposed by Gilbert Lewis. He defined an acid as a chemical that can “accept” a pair of electrons. According to this model, H+ is considered an acid because it can accept a pair of electrons from a hydroxide base (OH–). This definition is the most comprehensive as it covers all chemical acids. But without a background in chemistry, it’s more difficult to grasp.

Acids can be classified into different subgroups depending on their properties and atomic structure. There are strong acids, weak acids, concentrated and dilute acids, oxyacids and hydracids, and organic and inorganic acids.

Strong acids are chemicals that donate all their H+ when dissolved in water. The most common example is hydrochloric acid or HCl. When dissolved, it completely splits into H+ and Cl–.

Strong acids can be corrosive because they donate all the H+ to water. A high concentration of H+ in water can react with biological tissue. Protective clothing must be worn when handling strong acids. If handled properly, they can be useful. Here is a list of some common strong acids and uses.

Weak acids, on the other hand, donate only a tiny fraction of H+ when dissolved in water.

Concentrated and dilute acids shouldn’t be confused with strong and weak acids. Whether an acid is strong or weak depends on properties of the acid itself, as we already discussed. When you add an acid to water, we dilute it. If we dilute it a little, it’s concentrated. The more water we add, the more diluted it becomes.

When we use acids, we typically dilute them with water to a useful strength. Pure acids can be either solid, like a powder, or liquids. We can calculate how much water to add to achieve the strength we want. For example, an 80% HCl solution can be made by adding 4 parts 100% HCl to 1-part water. Likewise, a 5% acetic acid solution (vinegar) can be made by adding 1-part acetic acid to 19-parts water.

By definition, any chemical with carbon atoms is an organic chemical. So, organic acids have carbon, such as acetic acid (CH3COOH) or lactic acid (C3H6O3), while inorganic acids don’t contain carbon, like hydrochloric acid (HCl) or sulphuric acid (H2SO4).

We can measure the pH of a solution using a pH meter. A pH meter is like a voltmeter that measures voltage. H+ has a positive charge. The more H+, the higher the positive charge, and the higher potential to generate an electrical current.

The pKa of an acid is a numerical way of describing the strength of an acid. As we discussed, strong acids are strong because they release all H+ to water, while weak acids release only a small fraction of H+. The pKa value tells us how much H+ is released.

For example, when we mix acetic acid (CH3COOH) and water, some of the H+ is released (or dissociates). In Figure 1, the released H+ binds to water (H2O) to form H3O+ (hydronium ion) leaving a negatively charged acetate ion (CH3COO–), called the conjugate base.

The Ka value, or dissociation constant, is the ratio of released H+ and CH3COO– to acetic acid and is described by the equation: Ka = ([H3O+][CH3COO–]) / [CH3COOH)]. Acids that release more H+ have a higher Ka value. And like pH, we use a log scale for convenience. So, the pKa = -log(Ka).

It’s also possible to determine the pKa of an acid by adding small amounts of a strong base such as NaOH (titration). As NaOH is added to an acetic acid solution, it splits into Na+ and OH–. The OH– removes H+ from acetic acid to generate H2O and an acetate ion, CH3COO–, lowering the amount of available H+, causing the pH to rise. With each addition of NaOH, the pH rises incrementally. Eventually, all the H+ is removed from the acid and the pH will reach a limit. If we plot on a graph the pH values versus the amount of NaOH (titration curve), the pKa value will be the midpoint in the rise (or inflection point).

Acids can be made by mixing other chemicals together in specific ways. Here are some examples.

Acids are critical for life. The most famous biological acid is deoxyribonucleic acid or DNA. DNA contains phosphoric acid. But as physiological pH is around 7, all the H+ has been removed leaving DNA with a negative charge.

Amino acids are another important acid (Figure 4). The acid portion of an amino acid is like acetic acid that reacts with an amino group of another amino acid forming a chain. Chains with more than 40 amino acids are otherwise known as proteins.

The release of H+ is used to generate chemical energy used by the plants and animals. Plants cells use light energy from the sun to pump H+ across a membrane to create an H+ gradient, with more H+ on one side of the membrane. The flow of H+ back through the membrane generates adenosine triphosphate (ATP). ATP is the chemical energy source plants use to make glucose from water and carbon dioxide (CO2). In a similar fashion, animal cells use the energy from the breakdown of glucose to pump H+ across a membrane to generate ATP for energy.

Acids are an important part of our world. They’re handy in the kitchen and around the home. By understanding their properties, they’ve played a key role in many scientific and industrial applications, and are part of many critical biochemical processes.