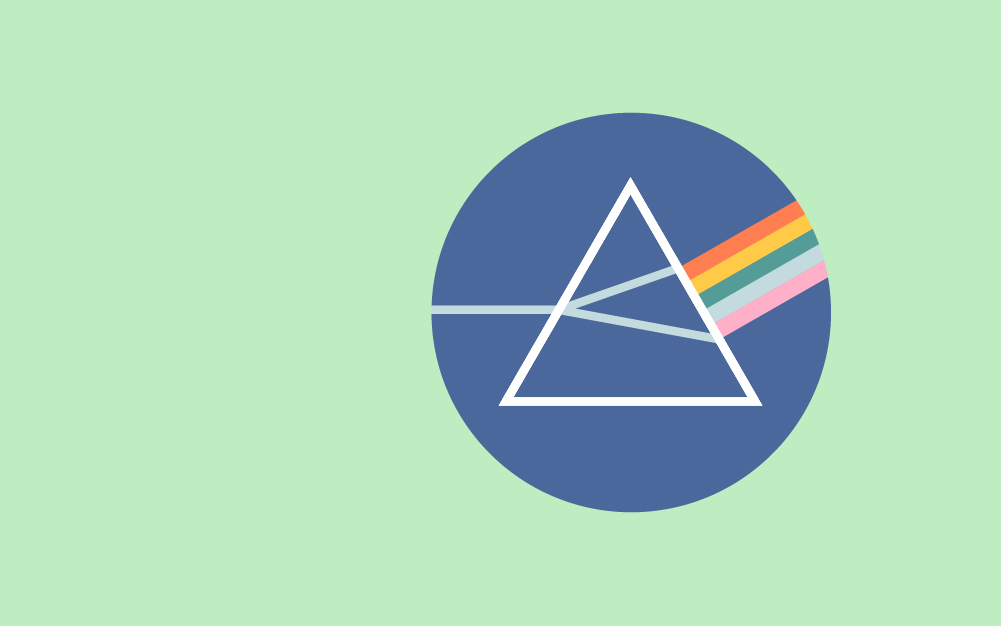 NMR spectroscopy (more information here) is an ideal technique for identifying the structure of molecules. In order to elucidate the structure of a molecule using NMR spectroscopy, we require the sample itself, a reference molecule, and a deuterated organic solvent.[1] This mixture is taken in a thin NMR tube and loaded in the NMR machine. Briefly, in the presence of an external magnetic field and with the energy from a radio frequency wave, different H atoms present in the compound, attain different resonating frequencies. [2][3]

On a technical level, a few clicks on the software would generate an NMR spectrum. It is, however, a completely different story to make sense of the output given by the machine. In order to understand the peaks of the NMR spectrum, one needs to have a good understanding of the principle of Chemical shift.

In simple terms, Chemical shift is defined as the difference in the resonant frequency of the spinning protons with respect to the signal of the reference molecule.[4] The information about the chemical shifts and the underlying factors influencing them leads to pinning down the structure of the molecule.

The mathematical expression for calculating the chemical shift is as follows, [5]

The X-axis on an NMR spectrum represents the Chemical shifts of the hydrogen atoms (in PPM). Chemical shift is denoted by the term delta (δ). It starts at 0 for TMS (Tetramethylsilane) and is around 10 for an aldehyde. In some cases, the scale can be extended to 12 ppm.

The observed shift is the difference between the resonant frequency of the protons in the sample and that of the reference standard (e.g., TMS). [6] The terms upfield and downfield are used to refer to low and high values of chemical shift respectively.

The δ value of TMS is assigned 0 because the H atoms in this molecule are highly shielded (higher than other organic compounds). TMS is miscible with other organic compounds, it is highly volatile and thus can be easily removed, and does not take part in any chemical reaction. Most importantly the 12 H atoms in TMS are chemically and magnetically equivalent. All these properties make TMS an ideal reference compound.

Which NMR machine is better amongst 300 Mhz and 500 Mhz and why?

Bigger is better in this case and the saying “big things come in small packages” doesn’t work in the case of NMR machines when it comes down to the resolution of peaks in the NMR spectrum. The δ value of 1ppm in a 300 MHz instrument is 300 Hz while it is 500 Hz in a 500MHz instrument. If we run the same sample in these two different machines we would find that the resolution of the peaks is 1.5 times sharper in the 500 Mhz instruments than in the 300 MHz machines. This is due to the fact that the δ scale on the NMR graph expands proportionally to an increase in the operating frequency. The NMR spectrum would become clearer as the distance between the individual peaks increase and they would be more resolved.

Does the Chemical shift change if I change the NMR machine?

The frequency at which a proton resonates is proportional to the applied magnetic field. Changing the magnetic field results in the precession of the atom changing (Note: the cgs unit of a magnetic field is gauss (abbreviated as G) e.g. if tetramethylsilane (TMS) is subjected to a 70000 G magnet, the protons will flip their spin at 300 MHz. If we take the same compound and use a magnet of around 11800 G magnet then TMS will flip their spin at 500 MHz. Now, if we imagine a methyl group, it would have a spin-flip at 300,000,300 MHz in the 70000 Gauss magnet and at 500,000, 500 MHz using the 11800 Gauss magnet. It was decided by clever minds that instead of referring to the absolute values, we can normalize and use the term PPM with respect to the reference signal, TMS. Therefore, 1PPM corresponds to 300Hz when using a 70000 Gauss magnet and 500Hz when using a 11800 Gauss magnet. [2]

Chemical shifts for some functional groups

A list of chemical shift values for commonly occurring functional groups in molecules is tabulated below:

Let’s look at the factors which influence Chemical shift

The position of the NMR signal depends on the electronic environment which surrounds the resonating hydrogen atoms in a molecule. Different protons present in a molecule have different electronic environments. [7] Higher electron density around hydrogen atoms creates greater opposition to the applied magnetic field. [8] As a result, the H atom experiences a lower magnetic field and can resonate at a lower frequency. The peak on the NMR spectrum for this H atom would shift upfield. These H atoms are referred to as being shielded.

On the other hand, if the H atom is surrounded by elements that reduce the electron cloud, then, it would experience a higher magnetic field and would resonate at a higher radiofrequency. This phenomenon is called de-shielding.

Elements that are more electronegative are located on top of a group in the periodic table and the electronegativity decreases as we move down the group. When a proton is attached to any electronegative group then the latter will draw the electrons away from the proton giving rise to de-shielding and the δ value will increase. Electronegative elements include halogens, oxygen, nitrogen, carbonyl group, benzene, etc. The converse is also true for elements higher in the periodic table. If we take the example of halogens, for a similar base group (e.g. CH3, methyl), chemical shift for hydrogen atoms in close proximity to Fluoride> Chloride> Bromide> Iodide.

How is this phenomenon playing out in the NMR machine?

For a compound such as CH3-CH2-CH2-NO2, there will be 3 major peaks in the NMR spectrum. The protons closest to the electron-withdrawing groups will have the greatest chemical shift than the protons further away.

Hydrogen atoms that are de-shielded have a higher delta value and the peaks in the NMR spectrum are towards value 12. The delta scale is shown below.

The chemical shift also depends on the influence of bulky side groups. Let us take the example of the following two compounds:

The compound on the left has a CH3 group influencing the H atom shown on the side chain, while the compound on the right has a bulky CH2(CH3)2 group influencing the H atom. The electrons of the overcrowded group will repel the electrons on the H atom. This will lead to the deshielding of this H atom and this will result in an increase in the δ value. This is known as the steric effect or Van Der Waal’s effect. [9]

5. Hybridization of a Carbon atom attached to a Hydrogen atom

The hybridization of a carbon atom, denoted by sp, sp2, and sp3 [12][13] also influences the δ value. Briefly, in SP hybridization, carbon is bound to two other atoms (two double bonds or one single and one triple bond). In sp2, carbon is bound to 3 atoms (two single bonds and one double bond). In sp3, hybridization carbon is bonded to four other atoms (having no lone pair of electrons). The electrons involved in bonding between hydrogen and carbon are closer in sp3 followed by sp2 and sp. In other words, the distance of electrons from the H atom would increase leading to deshielding. This will increase δ value.

The property of delocalizing p-electrons either towards or away from a substituent group is known as a mesomeric effect. [14][15] This effect could manifest if there is an interaction of two p-bonds, or between a p-bond and a lone pair of electrons on a neighboring atom. The shift of electron density around hydrogen atoms influences their δ value. An example of this effect is shown below.

Protons resonate at different frequencies based on their electronic environment. It could be very challenging to interpret an NMR spectrum without the knowledge of the chemical shift. [18] A large database for chemical shifts has been generated based on the parameters explained earlier. In Solid-state NMR, complex Python language codes have been developed to predict the type of amino acid and the secondary structure from the chemical shift databases. [19] NMR chemical structure libraries provide invaluable resources to these chemical shift values for determining the structure of unknown molecules. [20]