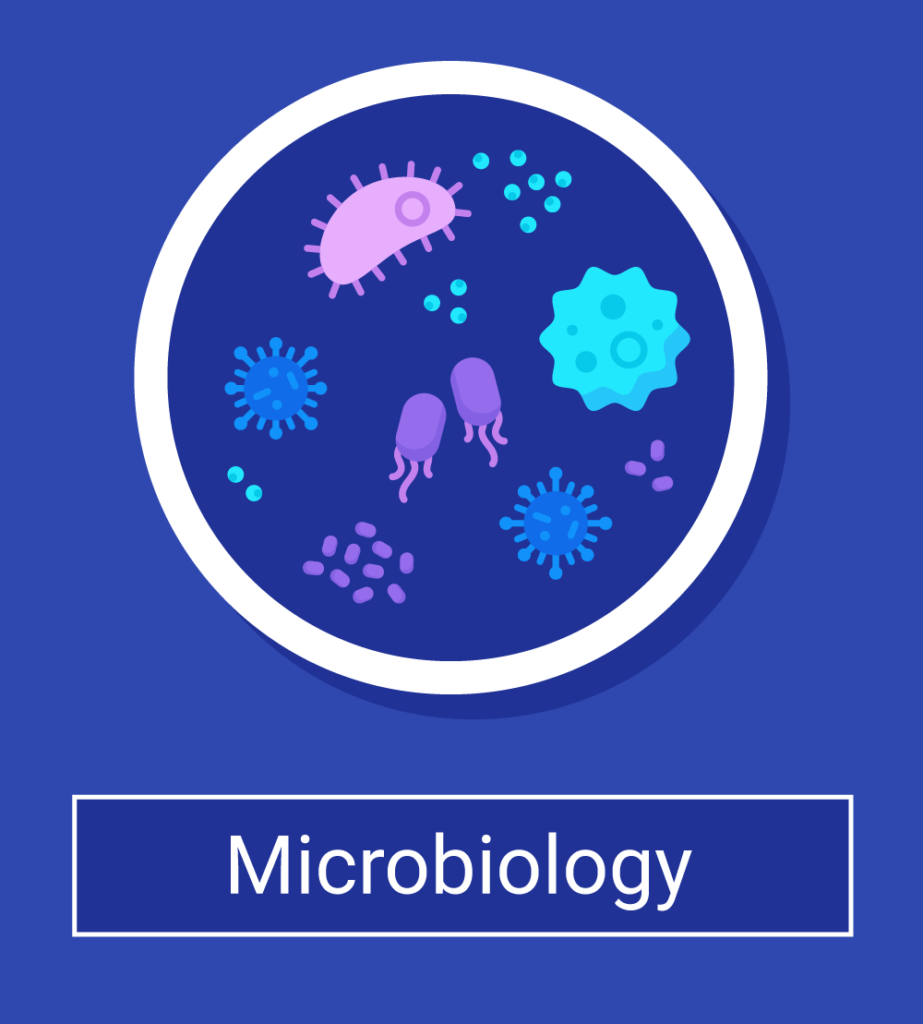 Bacteria Growth: The Science Behind How These Microbes Grow!

Microbial growth is defined as an increase in the number of bacterial cells or an increase in the total mass. The cells increase in population through the mode of asexual reproduction, and since no event occurs (such as recombination and crossing between two parents), the produced cells through this mode are identical to each other.

The knowledge of growth in a bacterial population helps researchers control and predict their proliferation in a specific situation. Moreover, understanding the proper nutrient and environmental conditions helps grow them in labs (using culture media) for studies involving these organisms.

Two types of asexual reproduction for bacterial cells’ growth are:

In this article, you will learn about the bacterial growth curve, its phases, and techniques to determine the number of cells in a bacterial population.

Most bacterial species divide and increase their population through binary fission. Cytoplasmic division (known as cytokinesis) and cell division occur via a protein called FtsZ.[2]

FtsZ assembles into a Z-ring anchored by FtsZ binding proteins and defines the plane of division between two daughter cells. A few more proteins bind to the Z-ring, forming a complex structure called a divisome.[2]

The divisome forms a peptidoglycan wall at the point of division and creates a septum responsible for dividing the mother bacterial cells into two daughter cells. 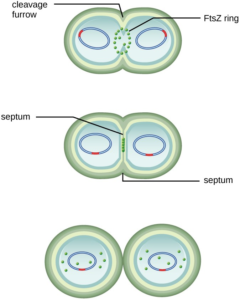 Figure: An illustration of the process of binary fission[2].

Generation time is defined as the average time between two consecutive generations (the birth of the mother and its offspring) in a population’s lineage. For example, the generation time for a human population is an average of 25 years[2].

However, the definition doesn’t suit bacterial populations, which remain dormant for years or reproduce rapidly. In bacteria, the term is called doubling time, and this is because in one round of binary fission, the bacterial population doubles due to division in each cell.

For each bacterial species, the generation time is different. For example, the species of Escherichia, E.coli, has a generation time of 20 minutes under optimal growth conditions[2]. However, other species might take several days to reproduce.

Many other pathogens also grow rapidly, like E. coli; however, there are exceptions. For example, tuberculosis-causing bacteria, Mycobacterium tuberculosis, has a generation time of 15-20 hours, and Hansen’s disease (leprosy) causing bacteria takes up to 14 days to double its population[2].

As the bacteria increase exponentially—doubling each generation—the generation time and the number of bacterial cells produced in that period can be calculated using a simple equation.

The exponentially increasing bacteria can be represented by 2n, where n is the generation time of the bacterial species. And for any number of starting cells, the number of population can be calculated by[2]:

Here, Nn is the number of cells at any generation n, N0 is the initial number of bacterial cells before the division starts, and n represents the generation time.

Nutrient and Physical Requirements for Growth

It’s essential to provide an optimum environment and nutrient conditions for microbial growth under lab conditions.

Bacterial species are extensively studied in labs for several purposes. They are grown in either closed systems or batch cultures, in which no additional external nutrients are added, and most waste remains in the container to study their growth patterns.

The number of live cells in these cultures is plotted against time, and the growth of bacterial cells is observed in four distinct phases mentioned below.

During the initial phase, a small number of cells are added to the broth, which is called inoculum. The cells are incubated in a suitable environment to support their growth and development.

During the lag phase, the cells gear up for their next phase. They try to settle in the provided environment; however, they do not increase in cell number.

The cells are metabolically active in this phase, grow larger, and synthesize biomolecules, such as proteins, for their growth utilizing the provided medium.

In this phase, cells also repair themselves if any shock or damage occurred during their transfer. The duration of this is determined by factors, including the composition of the medium, the genetic makeup of the cells, cell species, and inoculum size[4].

In the exponential phase, the cells begin to actively divide through binary fission and double their numbers.

You must understand that for any bacterial species, the generation time is determined by their genetic conditions and provided nutrients, pH, temperature, and CO2 concentration in the labs for their growth. Here, this generation time is called intrinsic growth rate[2].

You must also note that bacterial cells at this phase are relatively sensitive to disinfectants and common antibiotics that could affect the formation of DNA, RNA, or proteins required for microbial growth and development.

When the number of bacterial cells grown over time is plotted against time, it gives us an exponential expression; however, when plotted on a semilogarithmic graph, it gives an expression of a linear relationship[4].

The cells in the exponential phases are widely used for research and industrial applications because of their high metabolic activity and constant growth rate.

Due to many reasons, the bacterial cells start settling, and bacterial growth becomes static in this phase.

As cells start growing in the log phase, there’s also an increase in the accumulation of waste products. Since the system is closed, and no extra nutrients are being added from outside, the available nutrients are exhausted. Moreover, the gradual decrease in oxygen level stalls the growth of bacterial cells.

During this phase, bacterial cells switch to survival mode; metabolic activity slows down, so does the development of the peptidoglycan layer, making them less susceptible to antibiotics. Some cells even move to the sporulation stage and start producing endosperm[4].

At this stage, the nutrients are exhausted, and too much waste material has accumulated. Thus, this unfavorable condition leads to the death of cells.

NB: Some industries maintain the logarithmic growth phase of cells by maintaining continuous cultures, in which nutrients are periodically supplied, and the proper aerobic condition is maintained.

Determining bacterial growth in the system is done by many methods, of which the most commonly used ones are[2]:

Bacterial growth is the increase in the number of bacterial cells in a system when proper nutrients and environment are provided. Bacterial species divide through binary fission and exponentially double their population over time. However, after the exhaustion of nutrients and disturbance in the aerobic condition, their growth stagnates and declines.

The number of cells grown in the system can be determined using bacteria enumeration techniques like the plate count method, direct cell count, or indirect cell counting methods.

The growth curve study and estimation of bacterial numbers are commonly done in microbiological labs or industries. The industry uses the continuous system to grow the bacterial cells to manufacture certain compounds, such as antibiotics, for commercial medical purposes.

In addition, bacterial growth is also required to study the metabolic activities of bacterial species and employ the useful ones to enhance plant growth, create fortified foods, and increase the biodegradation of toxic organic compounds.