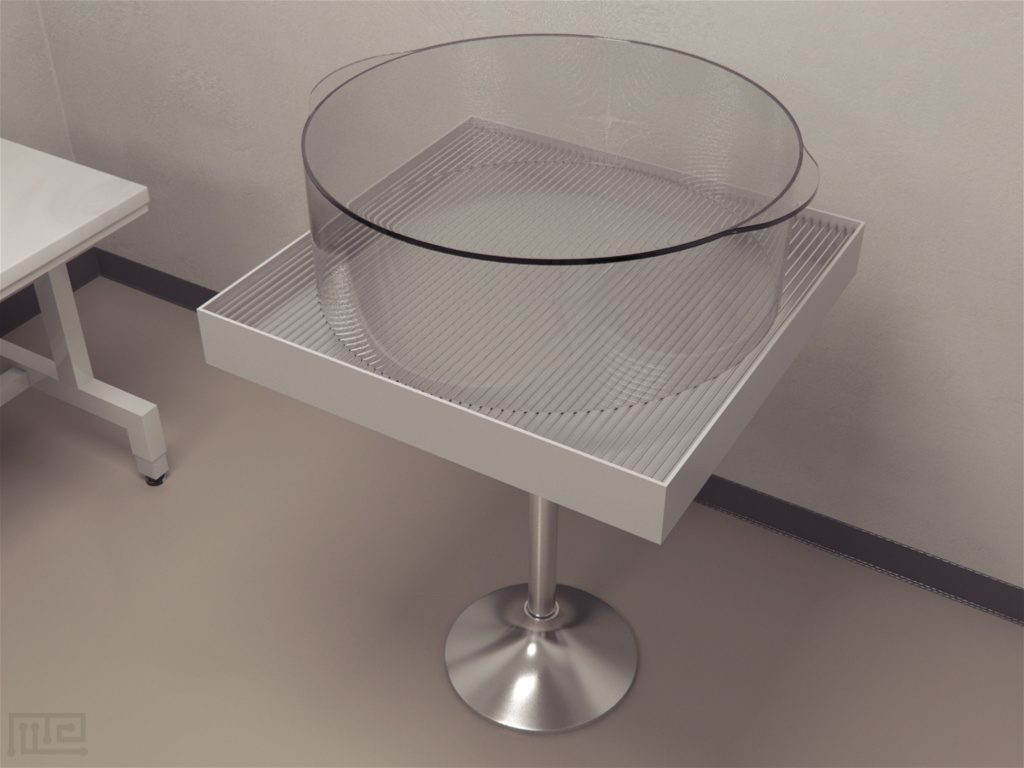 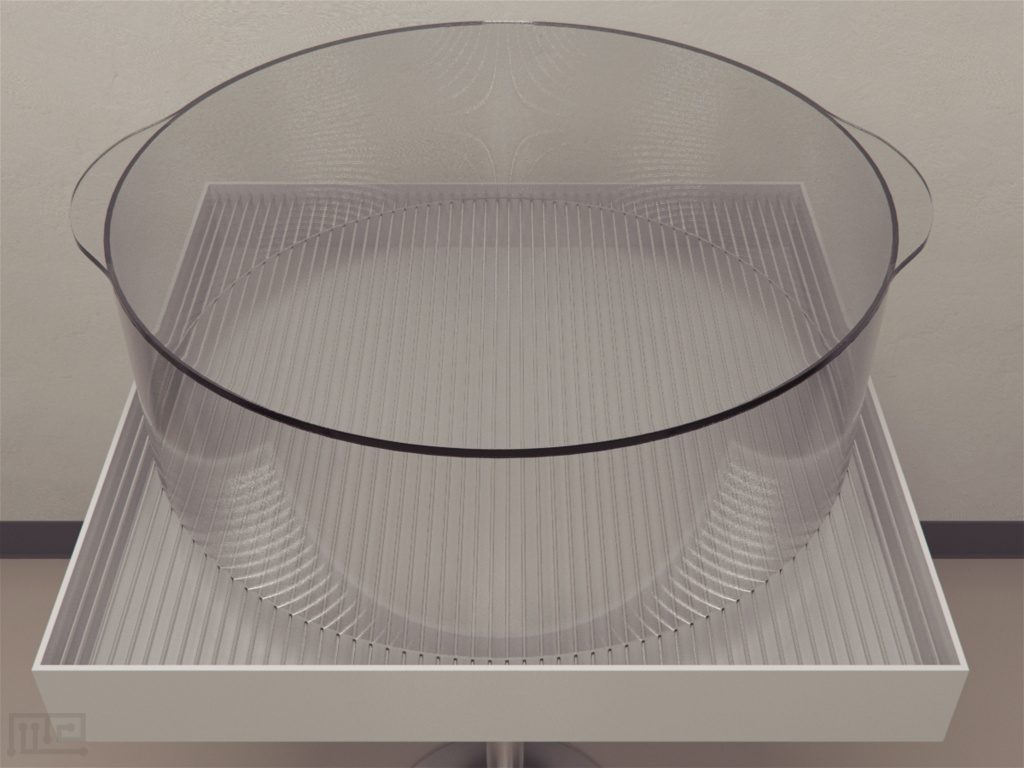 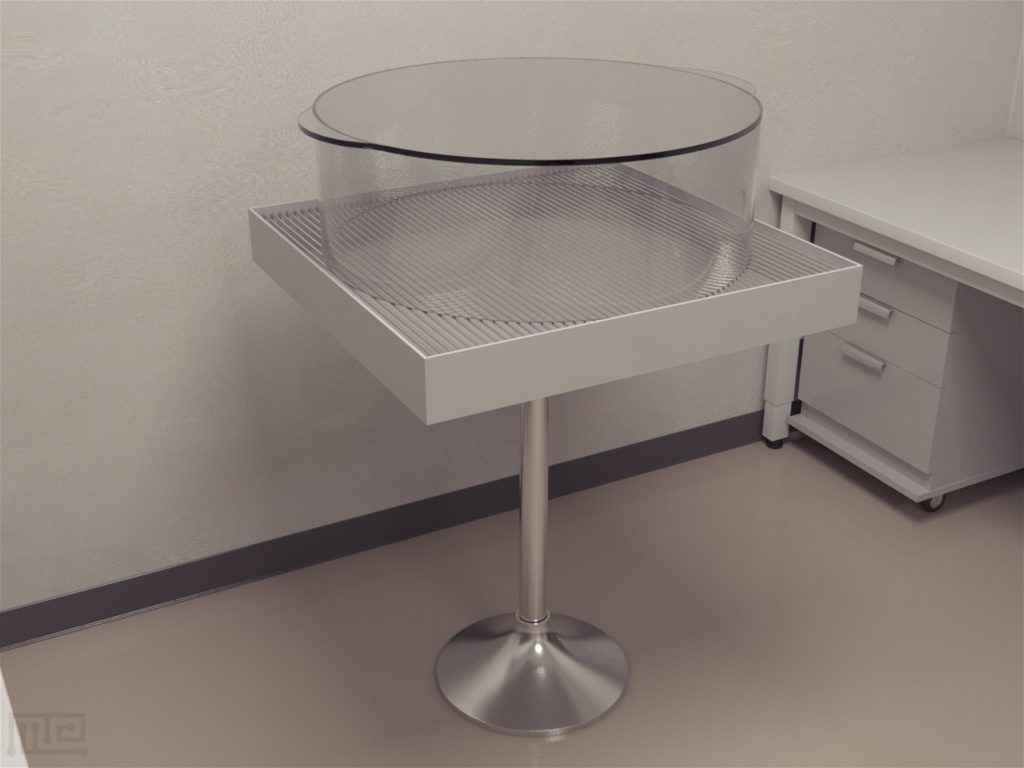 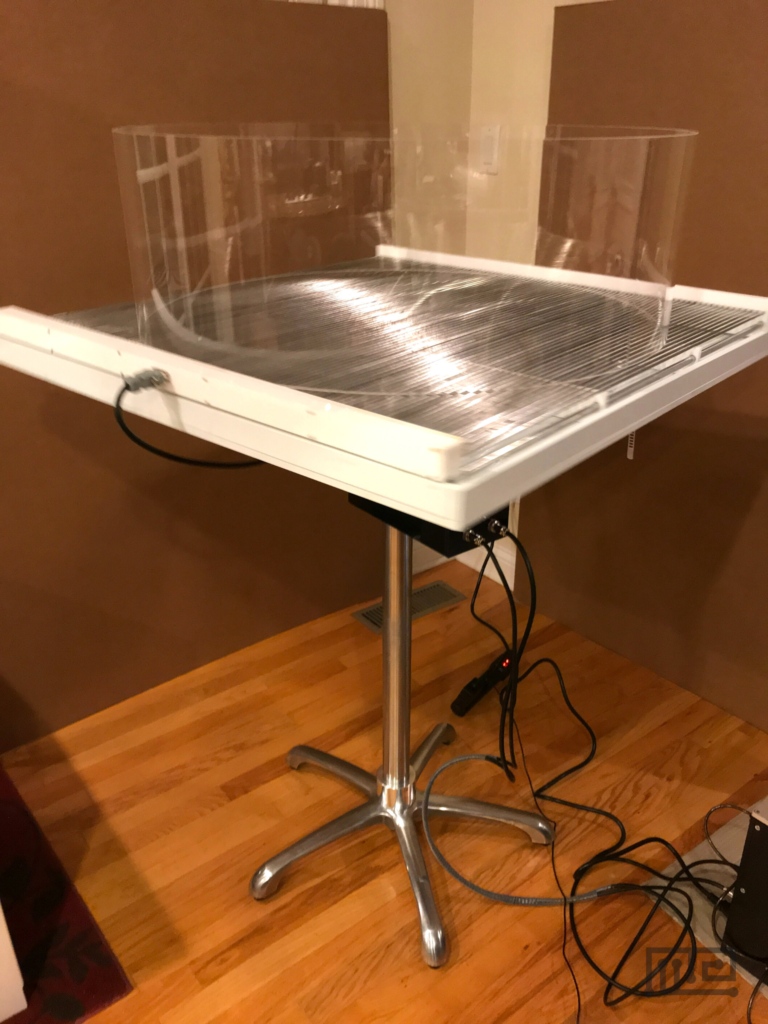 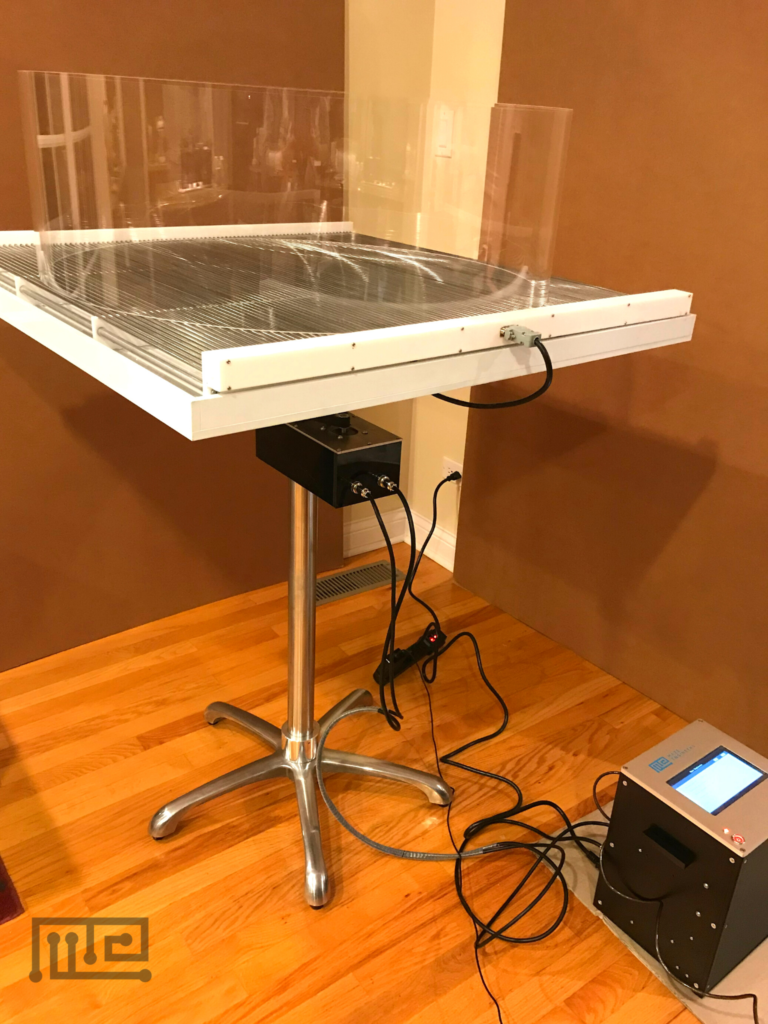 The APA is a circular metal arena shock grid underneath a rotating arena. The subjects are allowed to explore the arena while avoiding a prohibited sector by using visual cues in and around the arena. Punishment in the form of shock is delivered to the subject if it enters the prohibited sector. Passive avoidance is observed when the arena is not rotating while active avoidance is observed when the arena is rotating.

The Active Place Avoidance Arena relies on place navigational abilities and instrumental responses of the subject for avoidance area localization and avoidance reaction, respectively. The apparatus, also known as Carrousel Maze, uses a slowly rotating platform that has fixed shock sectors defined by distal room cues. The subject is tasked with recognizing the shock sectors and avoid it by moving in the arena by relying more on allothetic strategies than simple associations. The task can be extended to the investigation of cognitive coordination as well as evaluation of the effects of lesions, diseases, and pharmacological manipulations.

Other tasks also used in the assessment of spatial navigation include the Two-way Shuttle Box, the Step-down Avoidance, the Morris Water Maze task and the Barnes Maze task.

The Active Place Avoidance Arena consists of a rotating 78 cm diameter acrylic arena placed on a stainless-steel metal grid floor of 80 x 80 cm dimension. The arena is walled by a 24 cm high clear acrylic fence. The entire apparatus is raised above the ground by 35 cm tall metal stand. The APA comes with shock cables and an electronic control box to deliver shocks to the subject and control the rotation, respectively.

Clean the entire apparatus thoroughly before and after every session to remove any unwanted cues that can influence the performance of the subjects. An overhead video and tracking system such as the Noldus Ethovision XT can be used to assist with observation of the subject’s task performance.

Handle the subjects daily for 30 to 60 seconds 2 weeks prior to testing to familiarize them with the experimenter. One day before testing, habituate the subject to the testing room. Following handling and testing room habituation, place the subject in the test arena with the platform rotating counter-clockwise (1 rpm), and the shock turned off. Allow the subject to explore the arena for 20 minutes.

Twenty-four hours after the white barrel training, restore the apparatus setting to that used in the place avoidance learning training. For reversal training, however, change the position of the shock zone 180° opposite of the previously used location. Perform five 20 minutes trial, 24 hours apart.

Cimadevilla, Fenton, and Bures (2001) used a modified active place avoidance arena that made use of compressed air-puffs rather than an electric shock to evaluate the spatial navigation performance of 6-month-old male Ju strain mice. Subjects were evaluated in both passive and active place avoidance tasks, and the performances were compared to assess the spatial abilities. It was observed that in the stable arena tasks the subjects were able to learn the location of the prohibited area as evident from the decreased distance and lower entries into the area. When subjects were required to transition from stable conditions to active (rotating arena) conditions a disruption in the subjects’ orientation could be observed. Subjects were seen entering the prohibited are more frequently with decreased entry latency in comparison to the stable condition task. However, the subjects were able to learn active avoidance and apply it to the sessions following the first active condition task.

Bahník and Stuchlík (2015) evaluated the performances of male Long-Evans rats in the active place avoidance task using varying speeds. Subjects were divided into two experimental groups. Controls were always evaluated on a stable rotation speed of 1 rpm while the experimental group was evaluated on rotation speeds varying from 0.60 to 1.34 rpm in the learning phase of the task. Subjects were evaluated at the arena rotation speed of 1 rpm in the dark to prevent them from using any visual cues. Measure to prevent auditory and olfactory cues were also put in place. Results from the task revealed no effect of arena rotation speed on the subject’s locomotion or their ability to avoid the prohibited areas of the arena. Further, both group’s performance worsened in the dark phase testing.

The following data can be obtained from the Active Place Avoidance task:

The Active Place Avoidance task provides a simple and straightforward method of assessing spatial navigation and learning in rodents. The task requires minimal training and is easy to set-up.  Since the apparatus is a dry-arena task, unlike the Morris Water Maze task, weanling rodents can also be evaluated. The maze can be adapted for different investigatory requirements through simple modifications such as using compressed air-puffs instead of electric shocks (Cimadevilla et al., 2001). The rotating arena eliminates the use of simple associative learning, idiothetic navigation and substratal exteroceptive cues in the identification of the punished area. Learning in the active place avoidance arena is rapid. Hence, performances can be evaluated in short-term as well as long-term tasks.

The Active Place Avoidance task requires animals with good vision and locomotion abilities. Subjects motivation to participate in the task is also an important factor. Performances may be affected by unintended visual, auditory or olfactory stimuli. The use of electric shocks may stress the subject thus affecting task performance. The open area and the light intensity may be anxiogenic for the subjects. Performances in the maze may not measure all aspects of learning and memory. Consideration of different processes that play into task performances must be understood before deriving results from the observations.