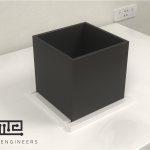 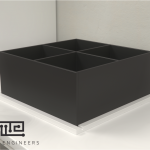 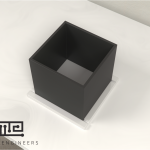 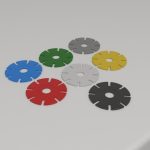 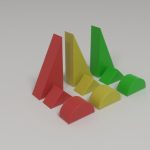 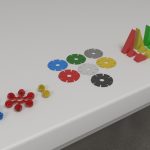 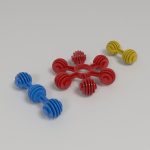 The popular Novel Object Recognition test based on the tendency for rats and mice to interact more with a novel object than with a familiar object. Animals are first placed in an apparatus and allowed to explore an object (not included in your order). After a prescribed interval, the animal is returned to the novel object apparatus, which contains the familiar object and a novel object. Object recognition is distinguished by more time spent interacting with the novel object. We highly recommend using disposable, reusable objects to minimize distraction cues

The Novel Object Recognition test is based on the fact that rodents will spend more time exploring a novel object compared to a familiar one (Bevins & Besheer 2006). During this task, the animal is exposed to an object during an initial familiarization session. In the following testing session, the animal is exposed to the same familiar object along with a novel object. The animal is expected to remember the initial object and spend more time exploring the new object. This task requires both object recognition and memory cognitive functions, and these abilities can be affected in mutant strains, in models of neurodegenerative disease, or following treatment with certain pharmaceuticals.

The observation of this object recognition behavior in 1950 was later adapted into neurobehavioral task in the late 1980s as a way of studying certain aspects of memory and exploration (Berlyne 1950, Bevins & Besheer 2006, and Leger et al. 2013). It was initially intended for rats, but has become increasingly popular for mice as well (Leger et al. 2013). Since its initial development, this task has been used to assess memory in animals treated with drugs affecting neurocognitive abilities, following brain lesions, and as models of neurodegenerative diseases, developmental disorders, and aging (Leger et al. 2013).

A similar apparatus is utilized for both the Novel Object Recognition and Open Field tests. This consists of a square area surrounded by high walls. The size of the area can range from small (27×27 cm) to large (50×50 cm) and will depend on the species of animal to be tested. The walls are typically black, white, or clear, and are available in matte to prevent reflections. The apparatus may be placed on a table and does not require its own stand.

The choice of objects is important to the consistency and reliability of the test. Since it is difficult for rodents to discern many colors, it is necessary to consider the brightness, shape, and texture of the chosen objects. The weight of the object also needs to be sufficient that the animal cannot move it, or the object needs to be adhered to the floor of the testing area. The shape of the object should prevent the animals from climbing it and sitting on top of it, as video tracking software has difficulty scoring this type of movement. If the object is asymmetrical, it should be placed in the same position for each trial. Most importantly, the object should be odorless and should not retain any olfactory cues from trial to trial. A small tower of Lego bricks and a Falcon flask filled with sand are two examples of objects to be used. (Ennaceur 2010 & Leger et al. 2013)

The testing area should be sufficiently but dimly lit to allow animals to see and explore their surroundings while avoiding stress from bright lights.

A mounted video camera is used to record the experiments from above the maze. Tracking software can be used to follow the moments of the animals within the maze. Live scoring can also be performed.

The purpose of the Novel Object Recognition test is to measure exploration, memory, and object recognition in animals. This test can be used to compare animals in a sham control group to animals in a treatment or disease model group by observing their ability to remember a familiar object. During this test, animals are exposed to two objects, one of which the animal was exposed to previously and is familiar. Control animals are expected to remember the familiar object and spend more time exploring the novel object, while animals with impaired cognitive abilities may explore both objects equally.

One day after the completion of habituation, if being performed, the animals are familiarized with an object. Two identical objects are placed in the testing area, several centimeters from each other and from the walls of the area. Turn the camera on, place the animal in the testing area facing opposite the objects, and allow it to explore freely. Use a stopwatch to measure the amount of time the animal spends exploring the objects. When the animal has explored the objects for a total of twenty seconds, or after ten minutes have elapsed, remove the animal from the area and return to its home cage.

The apparatus used for the Novel Object Recognition can easily be modified to work for the Open Field test.

Modifications can be made to the habituation and familiarization portions of the protocol to reduce stress and promote exploration behavior. The short object exploration time of twenty seconds is generally used with rats, and that time can be extended to three to five minutes for mice (Leger et al. 2013). The use of different objects may encourage different levels of exploration, depending on their novelty and appearance.

Another way to visualize the data is to calculate a difference score and discrimination score:

A positive difference score and a discrimination ratio greater than 0.5 are measures of object recognition and can be compared across groups of animals, as shown in the following table. In this example, a mutant strain of rat does not discriminate between a novel object and a familiar object, and spends almost the same amount of time exploring both objects. This results in low difference scores and discrimination ratios around 0.5. These results may indicate that the mutant may have a memory or retention deficit. (Bevins & Besheer 2006) 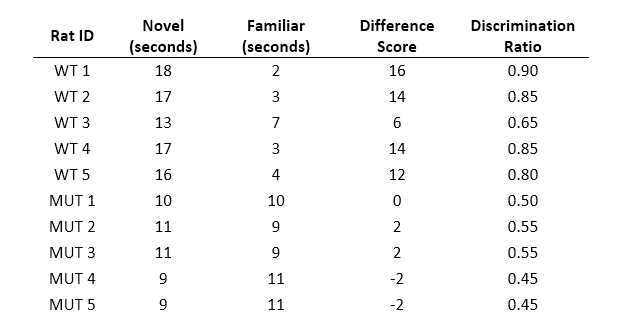 Using graphs and tables similar to these to compare the time spent exploring the novel object during the testing session allows for easy visualization of effects on exploration activity and memory. Animals in control groups should show object recognition and spend more time exploring the novel object during the testing session. Animals as disease models of neurodegenerative disorders, for example, may show reduced recognition of an object they were previously familiarized with. Generally, animal cohorts of 10-30 animals are sufficient to obtain p-values of <0.05 using one-way ANOVA (Leger et al. 2013).

Novel Object Recognition test places minimal stress on the animals tested; they are simply asked to explore a new object. It does not require exposure to aversive stimuli, extensive pre-training, or food and water restriction (Bevins & Besheer 2006). Prior handling, home cage isolation, and specific animal strain may affect observed behaviors and should be carefully considered when designing experiments.

It is important to remember that different species may use different strategies and exhibit different behaviors when exploring different objects. This can make interspecies comparisons difficult, especially among rodents. Also, specific behavior variables that may affect novel object recognition are not well studied, and there may be additional mechanisms that explain why an animal fails to recognize a familiar object (Leger et al. 2013).