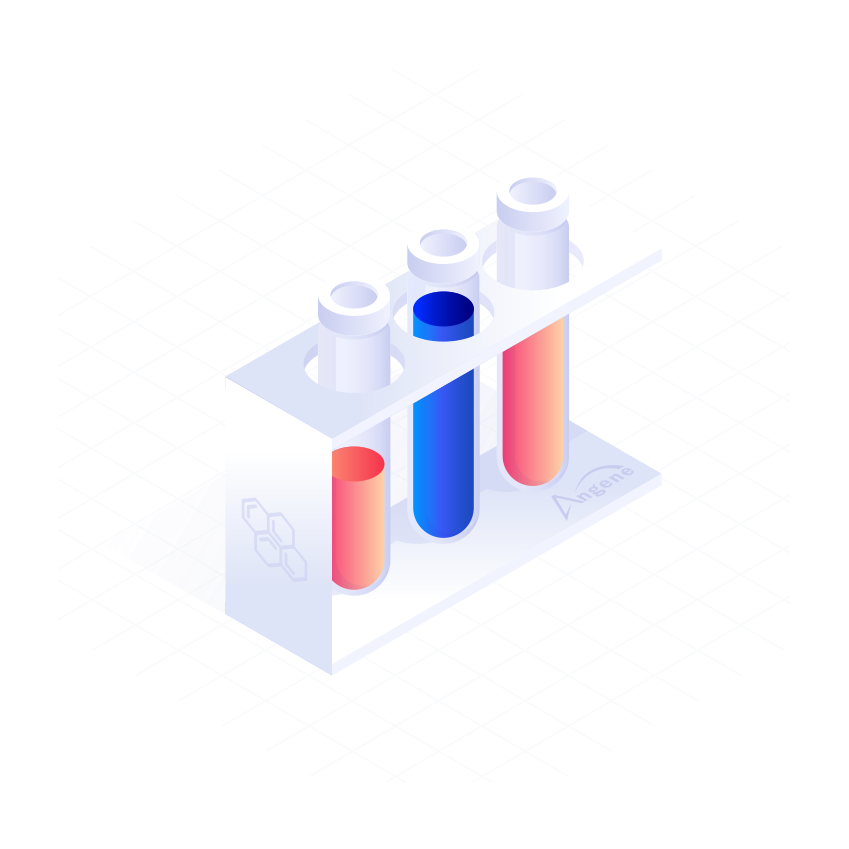 For the past few decades, custom antibodies have been used to fight against autoimmune, cancerous, and infectious diseases. The earlier experiments on antibodies were based on the injection of serum of immunized animals into the diseased subjects. Scientists defined the structure of an antibody for the first time at the end of the nineteenth century. Later, serum of various herbivores and humans was obtained and used as therapeutics. With the technical advancements and an understanding of their molecular properties, custom antibodies have become the most important class of molecules in immunologic research. Artificial antibodies have entirely changed therapeutics. In 2019, six out of ten top-selling drugs were antibodies (Ruker and Knopp. 2021).

Antibodies are large heterodimeric protein molecules consisting of four polypeptide chains, i.e., two heavy chains of 50kDa each and two light chains of 25kDa. The heavy chains comprise a variable region (VH), joining region (JH), diversity (D), and a constant region (C). On the other hand, the light chains are made up of variable regions (VH), joining regions (JH), and a constant region (C). Two variable regions and the CH1 domain of heavy chains make up antigen-binding fragment (Fab), whereas the CH2 and CH3 domains of the heavy chains form ‘the fragment crystallizable (Fc) region of the antibody. The crystallizable region can bind to numerous receptors, including FcƔ receptors and neonatal Fc receptors. Both light and heavy chains are connected via covalent bonding and disulfide bridges forming a Y-shape. The VHH fragment of the antibodies contains long complementary determining regions (CDR3) that help in identifying unique epitopes of the antigen (Ryman and Meibohm, 2017).

Two types of antibodies include monoclonal and polyclonal antibodies.

Most of the antibodies clinically used as therapeutics are immunoglobulin G (IgG) monoclonal antibodies with a similar structure comprising four polypeptide chains as mentioned above and have a molecular weight of about 150kDa. The IgG class of antibodies is further divided into four subclasses IgG1, IgG2, IgG3, and IgG4. IgG1 and IgG3 are potent stimulators of effector mechanisms, and IgG2 and IgG4 are only involved in subtle immune responses. However, all these are capable of effectively neutralizing antigens. IgG1 are the most predominantly marketed mAbs, but IgG2 and IgG4 are also available. The effector functions like antibody-dependent cellular cytotoxicity (ADCC) and complement-dependent cytotoxicity (CDC), structural factors, experience, and availability of IgG determine the preference of one type of immunoglobulin over another (Ryman and Meibohm, 2017).

Monoclonal custom antibodies were engineered for the first time by Kohler and Milstein in 1975 by employing ‘hybridoma technology’ (Singh et al., 2018). The revolutionary hybridoma technology involves injecting a particular antigen into a mouse and then isolating antigen-specific plasma cells from the animal’s spleen. The procured plasma cell is then immortalized by fusing it with a cancer cell. The resulting hybrid cell is then cloned to produce identical daughter cells, which produce the immunoglobulin of interest. Only murine antibodies, i.e., antibodies derived from mice, for example, tositumomab, tiuxetan, and ibritumomab were initially produced by this method. However, these murine antibodies can produce strong immune reactions in humans, especially on repeated administration. Therefore, bioengineered and recombinant antibodies were prepared for successful administration in humans. Chimeric antibodies prepared as a result comprised VL and VH from mice and CH1, CH2, and CH3 from the human. Some of the chimeric antibodies include rituximab and cetuximab.

Further reduction of murine content led to the formation of ‘humanized mAbs.’ A major part of humanized antibodies is human-derived, with only one CDR derived from mice. Eventually, entirely human custom antibodies were prepared by employing either two technologies, i.e., phage display or transgenic mice (Ruker and Knopp. 2021).

Use of Monoclonal Antibodies in Cancer Therapy

Zahavi and Weiner (2020) reviewed that monoclonal custom antibodies against antigens unique to cancer cells can cause tumor cell death by numerous mechanisms. A direct mechanism is the induction of tumor cell death by directly blocking the growth factor receptor signaling. When monoclonal antibodies bind to their specific ‘growth factor receptor,’ the survival signals are interrupted, thus manipulating their activation state or blocking their binding to the ligand. For instance, in different types of cancers, the overexpression of EGFR (Epidermal Growth Factor Receptor) occurs, and this overexpression signals tumor cell proliferation. An anti-EGFR mAb, cetuximab, dimerizes the receptor and blocks ligand binding, ultimately resulting in tumor cell apoptosis.

Similarly, Human Epidermal Growth Factor Receptor 2 (HER2) is another type of tyrosine kinase receptor overexpressed in ovarian and breast cancers. This receptor does not bind to any ligand and rather hetero-dimerizes with the growth factor. Therefore, custom monoclonal antibodies, Trastuzumab, are used for the treatment of such cancers. It suppresses the overexpression of HER2 and ultimately causes tumor cell apoptosis.

Mai et al. (2020) studied how custom-made monoclonal antibodies against Photorhabdus-related toxins PirAVp and PirBVp released from Vibrio species show immunoreactivity in indirect ELISA. PCR-based methods are used to detect PirA and PirB genes in AHPND (Acute hepatopancreatic necrosis disease) diagnosis. However, some bacterial strains containing these genes do not express the binary toxin. This lack of expression led to the flawed estimation of the virulence of PirAVp and PirBVp-containing strains. Therefore, immunoassay like ELISA is a promising approach in this regard. The researchers optimized the codons of recombinant PirAVp and PirBVp genes for protein expression in the E. coli expression system and then purified these recombinant proteins and used them for custom monoclonal antibody production. Followed by protein sequencing, they analyzed a total of forty custom antibodies, including twenty PirAVp mAbs and twenty PirBVp mAbs by Western blot. They concluded that four out of these forty show the strongest immunoreactivity in indirect ELISA.

Nanamiya et al. (2021) developed an anti-Human CC Chemokine Receptor 9 monoclonal antibody for flow cytometry. The CCR9 receptor is related to the ‘beta chemokine receptors’ on the surface of immature T lymphocytes and enterocytes. The overexpression of this receptor occurs in various diseases like rheumatoid arthritis, diabetes type 2, colitis, etc. so, highly sensitive antibodies are required to forecast the onset of such diseases. Anti-CCR9 mAbs cannot be developed by a traditional method as CC chemokine receptor 9 is a highly unstable G-protein coupled receptor. Therefore, the researchers developed an anti-CCR9 mAbs by using a cell-based immunization and screening method. They obtained Chinese hamster ovary cell lines (CHO)-K1 and P3U1 cell lines, a leukemia T-lymphoblast cell line (MOLT-4), and purchased anti-hCCR9 mAb and conjugated anti-mouse IgG. The experimenters took six weeks old BALB/c female mice and housed them under pathogen-free conditions. Throughout the 28 days duration of the experiment, the mice were regularly monitored for health, and loss of up to 25% of total body weight was regarded as a humane endpoint. Mice were euthanized, and death was confirmed by respiratory and cardiac arrest. To develop anti-hCCR9 mAbs by cell-based immunization and screening method. Two mice were injected by intraperitoneal route with 1×108 CHO/hCCR9 cells. Three additional immunity boosters were provided through the immunization procedure, and then they injected a final dose two days before spleen cell harvesting. The procured spleen cells were fused with P3U1, and the resulting hybridomas were cultured in an RPMI medium supplemented with aminopterin, thymidine, and hypoxanthine. The cultures were centrifuged, and the supernatants were analyzed by flow cytometry. They concluded that the CBIS method could more rapidly generate anti-hCCR9 mAb as compared to the traditional method.

Strengths and Limitations of Monoclonal Antibodies

Custom monoclonal antibodies show high homogeneity, i.e., batch-to-batch reproducibility and high specificity to a single epitope of a particular/target antigen. They yield low background noise and are sensitive to protein quantification assays. Yet, a potential disadvantage of monoclonal antibody therapy is that a high dosage of mAbs can form circulating immune complexes between ADAs and therapeutic or custom antibodies that might be harmful. Monoclonal antibody production is expensive, and when labeled, they become more prone to binding alterations.

Polyclonal antibodies possess multiple epitope binding features that make them ideal for many applications. Polyclonal antibodies are derived from different B cell lineages within higher vertebrates. These are obtained from the sera of immunized animals, humans, and rare diseases, from recovering patients. They contain a mixture of antibodies for the different epitopes of the same antigen and might also have unrelated antibodies. pAbs are prepared by injecting an antigen into an animal that depicts a primary immune response. Secondary and tertiary doses are injected to get even higher titers of antibodies against the target immunogen. In mouse, throughout the immune response pathway, numerous rounds of ‘somatic hypermutation’ and ‘clonal selection’ of B cells increases the polyclonal antibody production against the target antigen. Potential hosts for the custom polyclonal antibody production include rabbit, chicken, goat, rat, mouse, and Guinea pigs (Ruker and Knopp. 2021).

Kokane et al.  (2020) evaluated anti-CTVp23 antibodies against Citrus Tristeza Virus (CTV), the etiological disease of Tristeza disease in citrus fruits. The researchers developed a serological assay to detect CTV based on RNA binding protein. CTV-p23 gene was amplified, cloned, and then used for polyclonal antibody production. The researchers took two rabbits for polyclonal antibody production and used them for antisera production against recombinant CTV-p23 protein. For this, they injected four individual doses of CTV-p23 antigen (protein) into each rabbit at ten days intervals. The first dose contained 50µg of purified antigen in 500µl of Freund’s complete adjuvant, and the last dose injected after ten days of the third dose did not contain an adjuvant. They collected the pre-and post-immune blood samples before and after every injection to determine antibody titer and then used affinity chromatography to separate the antiserum. The antibodies were tested for specificity by ELISA and efficacy by Western blot. They concluded that developed CTV-p23 antibodies play a significant role in diagnostics with RT-PCR and can be used to detect CTV in citrus field samples.

Polyclonal antibodies depict higher sensitivity because of their reactivity with diverse antigenic determinants and are stable due to the “biophysical diversity of their active ingredients” in certain environmental conditions. The heterogenous binding properties enable these custom antibodies to serve as valuable reagents in research and diagnostics. Polyclonal antibodies efficiently do effective catching of various antigen epitopes in sandwich ELISA. They also help detect low titers of target immunogens because of their ability to bind simultaneously to multiple epitopes. The high reactivity of polyclonal antibodies to the Western blots is due to their multiple epitope binding properties.

Nevertheless, they have a finite supply that becomes exhausted over time, so new pAb batches must be produced from time to time, displaying immune responses like the previous ones. Therefore, ‘no two batches of polyclonal antibodies are identical.’ However, good manufacturing practices enable scientists to reduce variations in polyclonal antibodies (Ascoli and Aggeler, 2018).