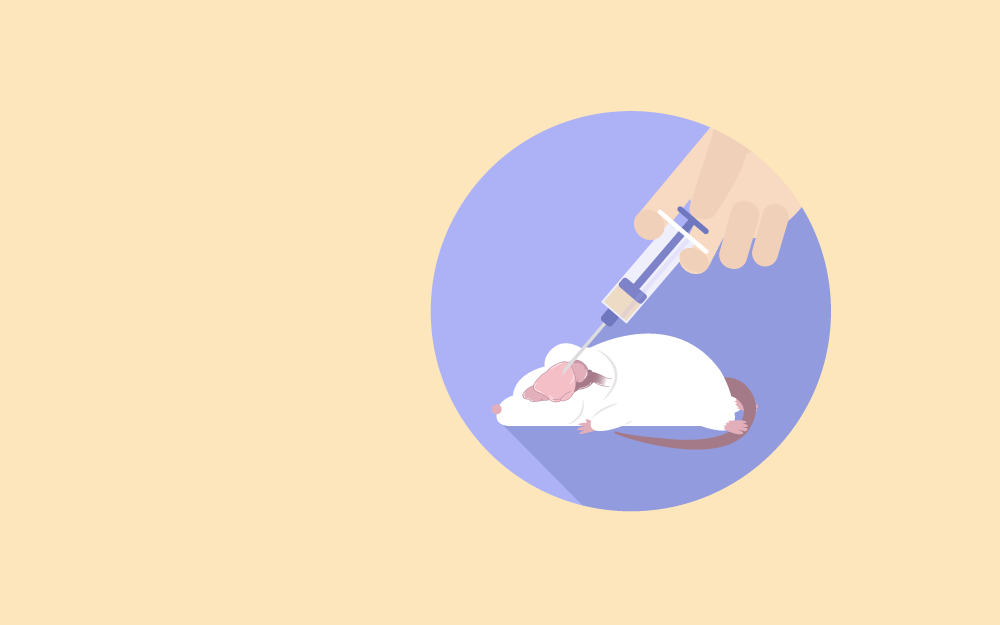 Parkinson’s disease (PD) is a common neurodegenerative disease characterized by the loss of 50% to 70% of the dopaminergic neurons in the substantia nigra pars compacta (SNc), loss of dopamine (DA) in the striatum, and the development of intracytoplasmic inclusions called Lewy bodies (LB), composed of α-synuclein and ubiquitin. α-synuclein has an important role in the pathogenesis of PD as it is found in all LBs. Parkinson’s disease is characterized by tremors, rigidity, bradykinesia, and postural instability; however, these manifestations could also be accompanied by non-motor symptoms such as olfactory deficits, neuropsychiatric disorders, and sleep disorders. Although the complete PD disease process is still not completely understood, various animal models have enabled a better understanding of its pathology, etiology, and molecular mechanisms.

Primarily, the animal models for PD were generated using neurotoxins such as 6-hydroxydopamine (6-OHDA) and 1-methyl-4-phenyl-1,2,3,6-tetrahydropyridine (MPTP) that resulting in acute neurodegeneration and death of dopaminergic neurons in the substantia nigra following intracranial 6-OHDA or intraperitoneal MPTP injection. Chronic administration of L-dopa to 6-OHDA-lesioned animals could create useful animal models to study L-dopa-induced dyskinesia. These models have been well-recognized and widely used in neuroscience research. Most of them use direct toxin injections into the SNpc or medial forebrain bundle (MFB), producing a rapid degeneration of DA neurons reflecting the late stages of PD. Contrastingly, the 6-OHDA model involves the administration of 6-OHDA in the striatum for the development of progressive and moderate lesions reflecting the early stages of the disease. Animal models are invaluable tools to gain knowledge of mechanisms involved in the pathogenesis of PD and to evaluate new therapeutic approaches. The recent development of non-invasive imaging methods in rodents further gives a unique opportunity to observe brain activity, neurotransmission, and neuroinflammation during the disease, and the effects of potential treatments (Blesa., Phani., Jackson-Lewis., & Przedborski., 2012).

6-Hydroxydopamine is a classical model for Parkinson’s disease study. 6-OHDA is a selective catecholaminergic neurotoxin that is used to generate lesions in the nigrostriatal DA neurons in test animals. Since 6-OHDA cannot cross the blood-brain barrier, its systemic administration fails to induce PD. So, this induction model requires the injection of 6-OHDA into the SNc, striatum, or medial forebrain bundle. The intrastriatal injection of this neurotoxin causes progressive retrograde neuronal degeneration in the SNc. As in PD, DA neurons degenerate, and the non-DA neurons are preserved. 6-OHDA triggers the formation of reactive oxygen species (ROS) to create oxidative stress after entering the neuron via the dopamine transporter, and consequently, neurotoxicity develops. Stereotaxic injection of 6-OHDA into the SNpc of the striatum induces neuronal cell death of the tyrosine hydroxylase (TH)-containing neurons in the test subject’s brain. After the neuron cell death, the dopamine levels in the striatum decrease. Although 6-OHDA injections do not induce the formation of Lewy bodies like those observed in PD, it reportedly interacts with the main protein of Lewy bodies: synuclein. 6-OHDA is an attractive neurotoxin for the initiation of the PD neurodegenerative process as it is a product of dopamine metabolism, and so is a useful model for the investigation of PD therapeutics.

The compound 1-methyl-4-phenyl-1,2,3,6-tetrahydropyridine (MPTP) also induces neurotoxicity in the nigrostriatal DA neurons in the brains of test animals. 1-methyl-4-phenyl-1,2,3,6-tetrahydropyridine(MPTP) is a neurotoxin precursor of 1-methyl-4-phenylpyridinium (MPP+), which interferes with the nigrostriatal DA pathway and causes significant loss of dopaminergic neurons in the striatum and SNc. MPTP was identified from the synthetic meperidine analog as a by-product. It is metabolized to its active metabolite 1-methyl-4-phenylpyridinium (MPP+) by monoamine oxidase type B. This active metabolite is taken up into the neurons with the help of the dopamine transporter, where it blocks the complex I site of the mitochondrial electron chain to initiate other intercellular reactions and multisystemic lesions, including the oxidative stress, inflammation, and energy failure. Rapid conversion of MPTP to MPP+ makes the chronic treatments serial acute insults. Therefore, a true chronic model requires continuous delivery of MPTP using the osmotic pumps. MPTP has an advantage over other neurotoxin models because of its lipophilic nature as it can cross the blood-brain barrier, therefore allowing easier administration, including systemic administration. MPTP has been widely used to model Parkinson’s disease in laboratory animals. Chronic MPTP-induced monkey models of PD have shown dopaminergic cell loss, α-synuclein aggregation and upregulation, and neuritic α-synuclein pathology. MPTP is the gold standard for toxin-based animal models of PD for replicating almost all of the hallmarks of the disease.

Rotenone is a natural compound that usually occurs in several plants and has been used as a broad-spectrum pesticide and insecticide. Rotenone is both an herbicide and an insecticide. In animals, rotenone could be administered by different routes. Oral administration causes little neurotoxicity. Chronic systemic administration with osmotic pumps has been commonly used as a delivery regimen, especially in the Lewis rat, which is more sensitive to rotenone than other rat strains. Intraperitoneal injections elicit behavioral and neurochemical deficits, but the mortality rate is higher. Intravenous administration causes damage to nigrostriatal DA neurons accompanied by α-synuclein aggregation, LB formation, oxidative stress, and gastrointestinal problems. It blocks the mitochondrial electron transport chain by inhibiting complex I to cause neurotoxicity. Rotenone also blocks mitosis and inhibits cell division and proliferation. In rats, chronic systemic exposure to rotenone causes many features resembling PD, including nigrostriatal DA degeneration. This model has reproduced almost all the features of PD, including the formation of intracellular inclusions resembling LB. It could be injected intraperitoneally, intravenously, or subcutaneously for systemic treatment of Parkinson’s disease. It could also be directly injected into the brain stereotaxically. Rotenone is highly lipophilic and could easily cross the blood-brain barrier.

Paraquat (N, N’-dimethyl-4-4-4′-bipiridinium) (PQ) is a herbicide that is commonly used in agriculture and exhibits a structural resemblance to MPP+. PQ potentiates oxidative stress to exert its deleterious effects. In particular, the hydrogen peroxide, superoxide radical, and hydroxyl radicals damage lipids, proteins, and nucleic acids. Following the systemic application PQ in mice, the animals exhibit reduced motor activity and a dose-dependent loss of striatal and midbrain SNpc neurons. Furthermore, it was also suggested that the damage done by PQ is caused by radicalized Parquat and facilitated by the glial cells. This implies that PQ behaves like MPP+ in causing its toxic effects. PQ’s importance to Parkinson’s disease research is its ability to induce α-synuclein aggregation in individual dopaminergic neurons in the SNpc and its ability to induce Lewy-bodies like structures in DA neurons. This suggests that the Paraquat model could be valuable for recapitulating all the events involved in PD pathogenesis.

Note: Perform the following steps as per the required experimental protocol.

Several animal models of Parkinson’s disease have been developed to study the pathogenesis and evaluate potential therapies of this disease. Toxic models have presented almost all the hallmarks of PD. Also, the toxic models are useful to screen potential drugs for symptomatic treatment of the disease. The limitation of the toxin models is that most of them display features of late stages of PD, whereas the genetic animal models use overexpression or knock-out technology to model earlier stages of the disease. The model should be chosen depending on the research questions required. These models provide useful study tools to investigate the pathogenesis and treatment regimens for Parkinson’s disease.