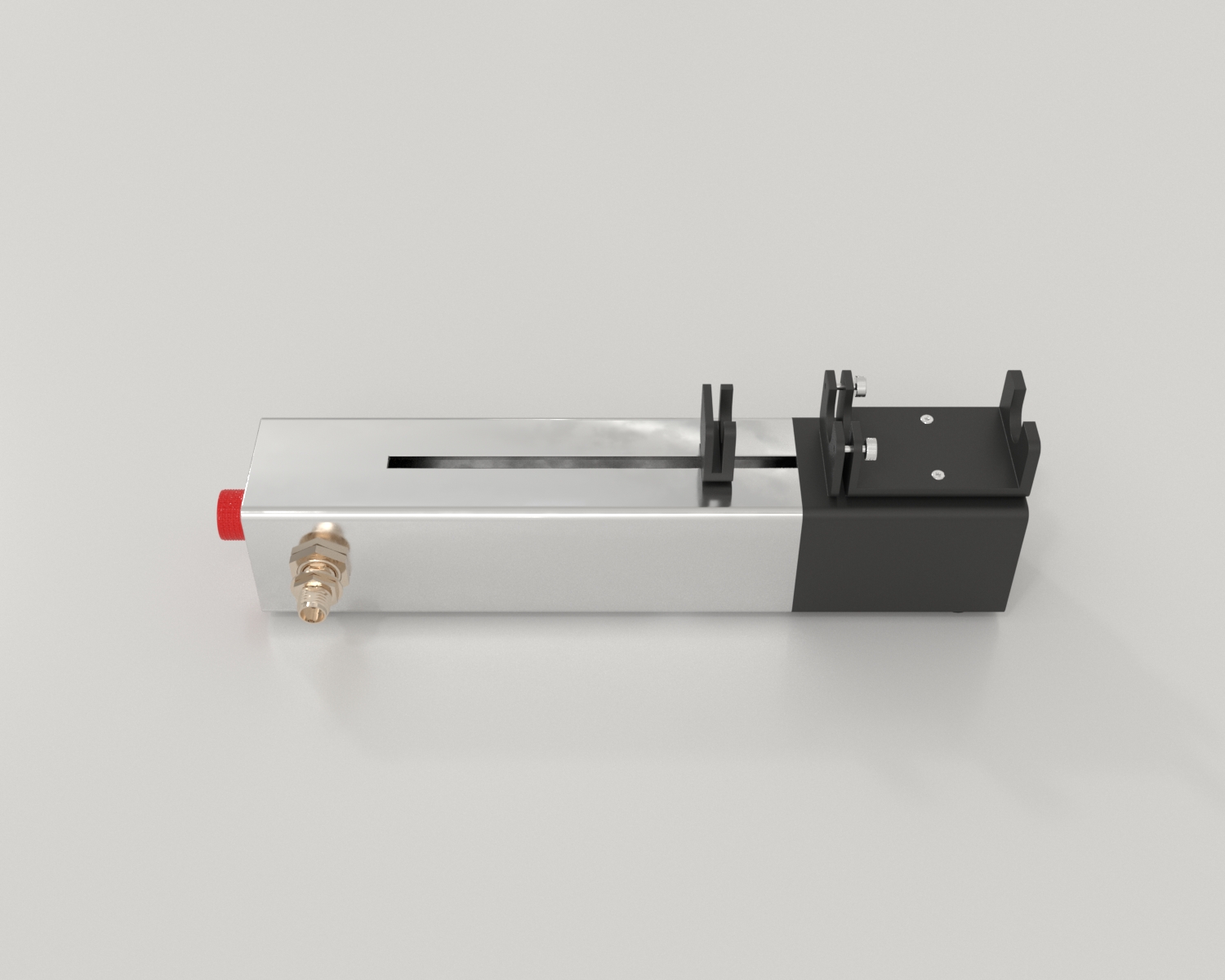 Microinjection or micromanipulation is the transfer of exogenous materials into or out of the cells by physically penetrating the plasma membrane with a glass micropipette or needle. The exogenous material might include proteins, sperms, peptides, cDNA, large non-diffusible drug molecules, and RNA injected into desired locations. Microinjection experiments were initiated by a bacteriologist, Dr. Marshal Barber, in 1902, and the first successful micromanipulation was performed in 1904. Microinjection system comprises three basic functions:

Microinjection is a simple method requiring an inverted microscope, a micromanipulator device to control micropipette movement, and a microinjector. Injections are carried out under direct visual control using a microscope. The microscope provides enough working distance for injection needles, whereas a micromanipulator is used to position the needles. Extrusion of exogenous materials through the micropipette occurs by hydrostatic pressure. The microinjector builds positive pressure to inject materials and negative pressure to hold suspended cells. An injection chamber maintains the environment for cell survival. The small micropipette tips ensure accurate and precise delivery of the biological material. Conceptually, microinjection is a simple technique, yet it is difficult to apply (Xu, 2018).

Pronuclear microinjection is a technique used to create transgenic organisms by injecting genetic material into the nucleus of a fertilized oocyte. The pronuclear microinjection technique is commonly used to study the role of genes using animal models by cell transfection, where cells are delivered with foreign genetic substances to enhance or inhibit specific gene expression. Consequently, one can study their gene of interest. Cell transfection is of three types, i.e., biological, chemical, and physical. Microinjection is a physical method of producing transgenic organisms and has the greatest transfection efficiency among all three methods. With the advancements in technology, automated and robotic microinjection systems have been developed to inject many embryos per minute.

The microinjection technique is extensively used to inject human embryos and mitotic cells. It can be successfully used to study primary cultured neurons that are difficult to transfect. It can also successfully deliver proteins (like recombinant caspases and neutralizing antibodies) and cDNA constructs into human neuronal cytosol. RNA interference transduction, IVF (in vitro fertilization), and transgenic animal production can also be achieved by microinjection.

Gavin et al. (2017) produced transgenic goats by engineering the desired DNA into the animal genome. They stated that these transgenic goats could be used to produce recombinant human protein therapeutics in their milk. To experiment, they acquired goats and ensured that donors and recipients were synchronized and superovulated. Both donor and recipient were injected with suitable hormones from time to time unless the implanted embryo was surgically removed and collected on day 14. They replaced the caprine ß-Casein coding region with the coding region of the gene of interest to prepare transgene (16.5-22kb in size). Moreover, for monoclonal antibodies, they co-injected DNA preparations with equal quantities of each construct that carried transgenes encoding heavy and light immunoglobulin chains. For microinjection, the researchers took a holding pipette and an injection pipette and attached them to individual manual syringe pipettors via polythene tubing infused with paraffin oil. Then, they loaded a glass dish with buffered embryo-holding media and a drop of DNA dilution, which was overlaid with oil. They evaluated the embryos for the presence of good quality pronuclei under an inverted microscope. They then injected the pronuclei (of single-cell and occasionally, two-celled embryos) with 4-8pL of DNA dilution using a microinjector. The microinjection caused the swelling of the pronuclei. The injected embryos were incubated at 90% humidity, 37oC, and 5% carbon dioxide for 2 to 4 hours. The viable embryos were surgically transferred to appropriate recipients. The animals were monitored regularly and allowed to give birth on the 150th day. Out of 18,120 microinjected embryos, 14.060 survived, with a survival rate of 77.6%. Out of 2594 offspring generated, 109 were transgenic.

Vilarino et al. (2017) studied in vitro organogenesis by knocking out the PDX1 (pancreatic and duodenal homeobox protein 1) gene, which is critical for pancreatic development by microinjecting CRISPR/Cas9 in sheep oocytes. Following this, the researchers assessed whether PDX1 knockout would alter pancreatogenesis in sheep by microinjecting the CRISPR/Cas9 system in metaphase II (MII) oocytes and zygote stage embryos. MII oocyte injection increased the number of biallelic mutations, reduced lysis, and showed a similar degree of mosaicism compared to zygote microinjection. They completely disrupted the PDX1 gene by using a dual sgRNA system. They concluded that PDX1-/- fetus lacked pancreas, and this mutation creates vacant space for interspecies organ generation.

Microinjection has manifold advantages over other mechanical delivery methods like electroporation, carrier peptide delivery, infection, or transfection. Microinjection delivers a precise volume of the injected material, at a precise time, into the cytosol or nucleus, which is difficult to control in many other methods. The researchers can readily identify the injected cells by co-injecting an impermeable marker dye or protein conjugated to a florescence. Additionally, the microinjection technique requires less protein preparation that can be beneficial while working with expensive recombinant proteins, less abundant proteins, or synthesized peptides. As compared to chemical transfection, or viral infection, this technique is relatively less stressful to cells. It also reduces the background resulting from cell death which is often observed with chemical or liposome-mediated transfections. Furthermore, the experimenter can add more than one construct in a single culture dish, using uninfected cells as controls, making the results more compatible. The theoretical efficiency of these procedures is 100%.

However, this technique has a few limitations as well. First, the microinjection technique is a ‘single-cell technique.’ It is rarely used for transducing a large number of cells and producing overly expressed cells for immunoprecipitation, bioluminescence, western blot, or purification. Common readouts of microinjection include immunofluorescence, cell death detection (in situ), translocation, and PCR. Furthermore, it is the most powerful technique to deliver nuclear and cytosolic proteins but fails to deliver membrane proteins, neurotransmitter receptors, or ion channels; however, one can achieve this by injecting cDNAs of these proteins.  Second, injection is the physical humiliation of the cell. Therefore, vehicle control is requisite to exclude the possibility that injection alters cell viability. Third, positive controls and immunohistochemical staining is required to detect injected substances. Fourth, cell division constantly dilutes the injected substances in dividing cell lines, so long incubation after injection is not recommended.