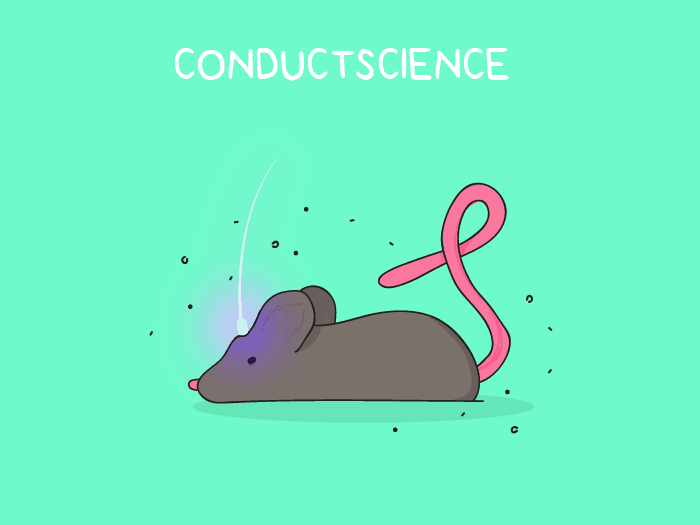 Fiber photometry uses spectroscopy to monitor the cellular dynamics in the cell or organ of interest in vivo. It uses photons from the light of a specified wavelength to trigger cells at the region of interest, enabling researchers to monitor the dynamics at a precise location in real-time.

Unlike the patch clamp, fiber photometry is used on living animals. It enables researchers to investigate how specific cellular ions or proteins in a particular cell or organ respond to a certain trigger or stimulant in real-time and over some time. These abilities make fiber photometry highly relevant to neurobiological and physiological studies.[1]

What is Fiber Photometry? 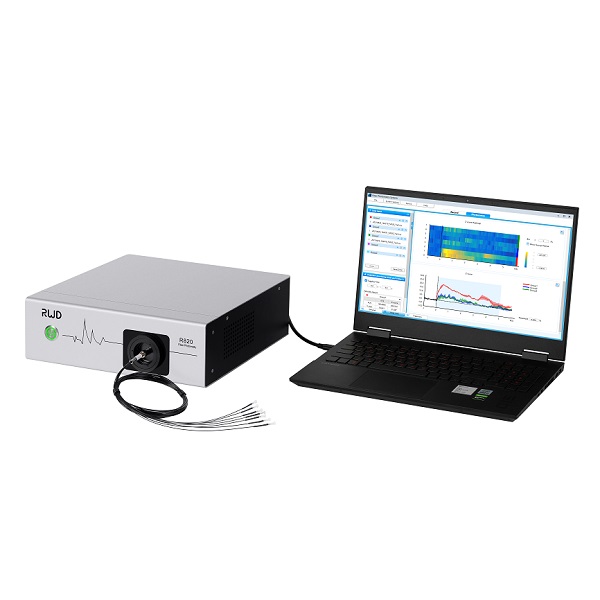 Fiber photometry is an optogenetic technique that applies spectroscopy to examine the dynamics of proteins or ions in specific cells or organs of free-living animals.

Like general photometry, fiber photometry uses light of a specific wavelength to excite a specific group of molecules. Here, the photons are sent through optical fibers, and implanted into the animal at the region of interest. The excited target molecules fluoresce and emit signals of various intensities.

The emitted signals are sent to a photodetector via the same optical fibers where their intensities are detected, converted, and recorded in real-time.

Researchers can interpret the dynamics of the target molecules in the cells at the region of interest and correlate them with additional data, including spatial, temporal, and behavioral information.[1]

How Does Fiber Photometry Work?

In essence, fiber photometry experiments consist of the following parts:

Fiber photometry experiments are conducted in laboratory animals such as mice and rats. The animals are anesthetized and undergo surgery to deliver biosensors and implant the optical fiber and probe in the target organ.

The biosensors measure and convey the cellular change of the molecules in the region of interest. The optical fiber and probe connect the animal to the fiber recording system – here, sent photons excite the biosensors, and the emitted fluorescent signals are detected and recorded.[1-2]

The fiber recording system generates the light of a specific wavelength and delivers it to excite the target molecules. After excitation, the emitted fluorescent signals are detected and amplified in the system.

The choice of wavelength depends on the target molecules

Alternatively, if the wavelength can excite non-target molecules, they should receive significantly lower energy transfer from the excitation.

Emitted fluorescent signals are detected and converted into voltage signals

After excitation, the optical fiber can detect the emitted fluorescence that passes through it. The intensity of the signal is converted into a voltage signal, which is filtered. The filtered data is subsequently processed to gain insights into the event of interest.[3]

Measurements in fiber photometry rely on the ability of the target molecules to fluoresce when excited by a specific wavelength and the change in response to the cellular event of interest.

Basically, the target molecules must behave as biosensors, conveying any change to the cells in the organ or region of interest when triggered.

Biosensors can be fluorescent dyes or genetically-engineered proteins

Calcium ions (Ca2+) are the original target molecules in fiber photometry, which are one of the neurotransmitters found in the brain. In earlier setups, fluorescent dyes sensitive to calcium ions are used as biosensors to signal the changes in the calcium ions in the target cells.

An example of a calcium-sensitive fluorescent dye is 488 BAPTA-1acetoxymethyl ester (OGB-1 AM). Also commercially marketed as Oregon Green, the fluorescent dye can be excited by light with a wavelength near 488nm.

After excitation, the dye emits light at the wavelength of around 523nm. When calcium is present in the cells, the dye binds to calcium ions, and the intensity of the fluorescent signal significantly increases.

Other than fluorescent dyes, genetic calcium indicators can detect calcium ions. These calcium-binding proteins are genetically engineered to contain fluorescent protein. Like fluorescent dyes, they emit fluorescence when excited, and their behavior changes in response to the change in the intracellular calcium level.

GCaMP is a group of the most well-known genetic calcium indicators, consisting of calmodulin (CaM), a calcium-binding messenger protein fused to the green fluorescent protein (GFP) and M13 peptide sequence (MP). GCaMP can be excited using light with a wavelength of around 480 nm and emits peak fluorescent signals at 510 nm.[4]

Data acquired from fiber photometry are recorded as voltage signals. In most cases, the signals routed from the recording channels to an analog output device can deliver the data while you experiment. When data acquisition is complete, the data is analyzed and visualized in another computing platform and software.[3]

Optical fibers are connected with patches or probes implanted at the site of interest. These optical fibers are often constructed as optic cannula system that contains ceramic fibers. The fiber’s diameter and patch’s size should be compatible with the size of the target tissue or region.

The light source and filter sets in the fiber recording system generate light and filter it to a specific wavelength. The filtered light excites the target molecules generated by laser beams and light-emitting diodes (LED).

Another example is our tricolor multichannel fiber photometry system, which produces light of three wavelengths. The system can distinguish noise from real fluorescent signals and accommodate biosensors that emit green and red fluorescence.

A detector receives fluorescent signals emitted from the biosensors. These can be an imaging device, a photomultiplier tube, or a photodetector. Most fiber recording systems use a photodetector.

Fiber photometry is an experimental technique that studies the dynamics of cellular ions or proteins in free-living animals.

Patches and optical fibers are implanted in the organ or region of interest, along with fluorescent biosensors capable of reporting changes in the target molecules. It also involves exciting biosensors with the light of a specific wavelength which emits fluorescence of different intensities.

The technique enables researchers to investigate the behavior of target molecules at a precise location in real-time. It also allows researchers to acquire information while the animals are being manipulated.