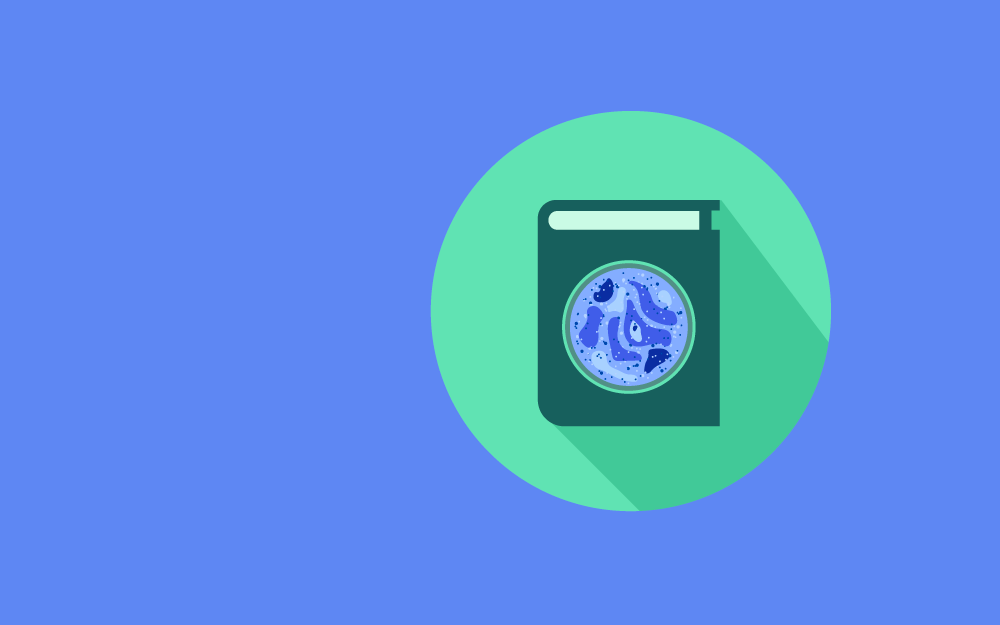 Histochemistry is comprised of two words Histo & Chemistry, which means the chemistry of tissues. In the year 1800, histochemistry became a part of science and now it is one of the most widely used techniques to help scientists localize and visualize cellular components, tissues, and other living structures.[3] This technique uses different stains and indicators, which reacts with the cellular components, to develop tiny colored structures that could be easily observed under a microscope. Histochemistry involves the aspect of both Chemistry and Histology.

There are different techniques used to stain the cells or tissue to observe the colored structures under the microscope. However, cells can’t be directly stained. Before proceeding with the staining part, there are steps[7] involved in coloring the cell;

Histochemical methods are based on the type of molecule needed to be studied or the structure to be observed. Some of the methods with their principles are explained below.

This technique is based on the principle of the reaction of ferric ions present in the tissues, with ferrocyanide, which results in the formation of Prussian blue color.[2]

In this method, the section of the tissue or specimen is incubated with acid ferrocyanide and then stained with aqueous neutral red or nuclear fast red. Under the microscope, the blue part indicates iron, and background or nuclei is indicated by red and pink color.

This is based on the principle of the reduction of silver nitrate by calcium phosphates, if they are present in the sample tissue or specimen was taken.[1]

In this method, the section is dipped in the solution of silver in the light until the calcium (if present) turns black. After this, the section is washed and stained first with a hypo solution and then washed and stained with nuclear fast red. Under the microscope, the black color indicates calcium, the red color indicates nuclei, and the cytoplasm is indicated by pink color.

This involves the use of disparate Lysochromes (Lipid soluble dyes) like Sudan Black B, Nile red, and Oil Red O, etc. The dyes are selected depending on the type of lipid to be studied and observed by light or electron microscopic techniques.[3]

Various methods[7] that are involved in staining of Nucleic acids are as follows:

Illustration of proteins histochemically is only done when one or more amino acids are very high in their composition in the protein structure. But when the protein to be demonstrated is mixed with other proteins and is in less concentration, their demonstration is done by enzyme activity. Some proteins are identified either by their tissue location or physio-chemical properties.

There are two principles involved in the illustration of protein:

Depending upon the type of amino acid to be demonstrated in the protein, there are various methods[3] involved, some of which are explained in the table below:

The other stains that are used for the carbohydrates staining process are alcian blue (which stains sulfomucin and acid glycoproteins), Ruthenium red (to color mucopolysaccharide), and Lectins (for the identification of glycoconjugates, mucin, etc.)

With the advancement of Histochemistry, in 1960, the Enzyme-histochemistry method was introduced in research and biomedical practices.

Enzymes are proteins that catalyze reactions. They are specifically localized in certain organelles depending upon their function in the particular organelle, like catalase in peroxisome, mitochondria, and chloroplast; succinate dehydrogenase in mitochondria, etc.[6] Due to many pathological conditions, differences in the activity of enzymes and their distribution inside the cells occur which is demonstrated by this technique. This technique is a link between biochemistry, histology, and molecular pathology. It helps in the study of dose-dependent intoxication and the changes in the organism’s pathological condition over time.

Methods to study the enzyme histochemistry depend upon the class of enzyme.

Implementation of Histochemistry techniques in Research and Biomedical practices

This technique was first introduced in 1970 and is still an evolving technique. This is performed to demonstrate the localization of antigen-binding sites by labeling the antibodies. For this purpose, antigens or antibodies (like monoclonal or polyclonal) should be specifically purified and this is done by methods like antigen-affinity chromatography or the Hybridoma technique. To test the specificity of these antibodies, different techniques are used like ELISA, Immunoelectrophoresis, Western Blotting, etc.[3]

Labeling of antibodies is done by methods like fluorochrome conjugates (Fluorescein

Why Immunohistochemistry is required?

Immunochemistry plays a major role in the research field for the detailed study of undiagnosed diseases. Some significant applications[4] of immunohistochemistry include:

With the advancement of labeling techniques, various methods are introduced that color the living cells with more contrast and specificity. Some of the methods[5] are explained below:

Histochemistry has become one of the essential parts of biomedical and pathological research for the diagnosis of many diseases including cancer and Alzheimer’s, as well as drug discovery. Further advancement in this field requires interdisciplinary approaches of scientists in the field of chemistry, biochemistry, and histology.