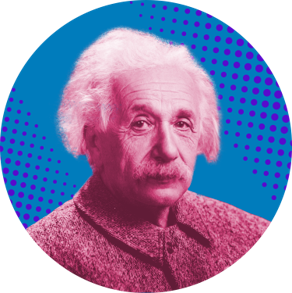 Albert Einstein is one of the most famous scientists to have ever lived and his discoveries changed the way we look at the universe and indeed our own world. Einstein was born in 1879 and at the age of 5 was shown a compass by his father, always fascinated how the needle always pointed in the same direction it started him on his incredible life long journey. Einstein is most famous for the introduction of the equation E=MC2 and the general theory of relativity, but this is by all means not all he accomplished. Winning the Nobel Prize at the age of 43 for the discovery of the law of the photoelectric effect and for his services to theoretical physics. Being from a Jewish family he was forced to leave Germany when WWII began, he moved to the USA where he spent the rest of his life as a researcher, lecturer and activist for global disarmament.