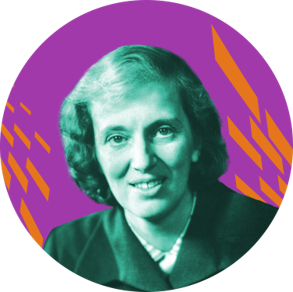 Dorothy Hodgkin was a gifted scientist who, as was normal for women in the mid-20th century, had a hard time becoming recognized in science. She was highly intelligent, gaining the highest score any woman had ever achieved in the Oxford entrance exam, and used this to propel her through her career. Dorothy Hodgkin became most well known for the way she combined x-ray diffractometry with molecular crystallization. This allowed a never before seen detailed look at the three-dimensional structure of complex molecules. In 1964 she was awarded a Nobel Prize for determining the structure of vitamin B12, one of the most complex molecules in common use. Later in life, she went on to study insulin, determined the structure of insulin, and as such makes the production of insulin today as easy as it is. After WWII and the end of her career, she campaigned alongside Einstein and Russell for peace, and disarmament and to not use science for furthering man’s own desires.