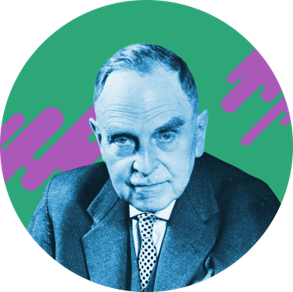 Otto Hahn is often referred to as the father of nuclear chemistry. Along with Lise Meitner, they discovered the process of nuclear fission as well as led the way in the fields of radioactivity and radiochemistry. During his Ph.D. Otto Hahn discovered bromine, a very important chemical, especially in the medical sector, that during WWI became a sought-after aphrodisiac. Hahn became a lecturer for a number of years in Berlin where he moved more intently to his research later on. His studies first focused on nuclear isomerism before moving on and discovering nuclear fission. Later in life, he was forced to work under the rule of the Nazis like many other scientists in his position he didn’t have a choice.