A World of Issues for Ecotourism

Ecotourism came into fruition with the environmental movement of the 1970s, however, the idea of tourism and conservation has been imagined as far back as the late 19th century, with the creation of the first national parks in the USA. The idea was to set out an area of undisturbed natural beauty and maintain it for all to enjoy [1]. However, this concept has become much harder to implement with tourism growth over the past 40 years. It is often the case that negative impacts on tourism hotspots are mainly due to the sheer number of visitors. Consider Maya bay in Thailand, a small picturesque beach that was closed last year until 2021 due to deterioration via over-tourism. The lack of regulations and environmental concern from authorities, tourism companies, and visitors prior to this, has resulted in a recovery period, and tourists in the near future will have to miss out [2] … So what actually is ecotourism, and why is it important?

According to The International Ecotourism Society (TIES), ecotourism is a niche of tourism that includes responsible travel to natural areas with the intention of conserving that environment, sustaining the well-being of the local people, and involving interpretation and education [3]. It accounts for around 5% of all tourism and offers a similarly broad spectrum of examples. Ecotourism intends to find an effective compromise between traveling, conservation, and local communities in a world where climate issues and extinction rates are of increasing concern. It is vastly considered to be too late and potentially counterproductive to completely discourage tourism, despite it accounting for around 5% of total greenhouse gas emissions, as it is also one of the most lucrative global industries and a financial cornerstone to many countries [4]. As can be expected with such a complex issue, the overall results of ecotourism can greatly vary. A review published earlier this year defines ten different categories of conservation-focused tourism with only four having an overall positive impact [1].

The problem lies in the grey area between ecotourism being accessible to the masses, and losing the eco-friendly element due to exceeding the carrying capacity of a location (the point where more tourism and development causes too much of a negative effect on the environment and/or community) [2].  The industry is also susceptible to “greenwashing”, where companies intentionally appear more environmentally conscious in order to capitalise in this niche market.

In Indonesia, Komodo Island was set to close in 2020 for a conservation program to take place, in response to increased tourism and its effect on the endemic Komodo dragon… and an alleged smuggling ring bust responsible for capturing 41 Komodo dragons from the island [5]. This closure was cancelled at the beginning of October due to research suggesting the Komodo dragon’s population size has been unaffected, and the government will now be limiting the number of tourists by increasing the price for visiting the main island. Those who do not wish to pay the premium will be directed to other islands inhabited by the animals [6]. While this may prove itself to be an effective solution in the future, it diplomatically blurs the line between environmentally-conscious and financially-driven.

Similar events are unfolding in Ecuador’s Galapagos Islands where their National park authorities are introducing a new set of regulations aimed at limiting the number of cruise passengers and utilizing more than 3 of the 19 large islands in the archipelago, in order to reduce tourist group size and numbers. This approach, set to roll out in February 2020, involves Ecuador’s economy taking a hit but it seems they’re putting the environment first when considering other environmentally conscious actions, such as banning plastic bags and the main airport to the Islands running entirely on renewable energy [7].

Antarctica is a novel example of ecotourism as it is has been heavily regulated from early on due to the Antarctic treaty, an international agreement that ensures only peaceful activities take place there. That, and it is one of the most isolated and inhospitable places on Earth… However, even Antarctica is under threat due to an increase in visitors. Accidents like oil spills and crashes, for example are inevitably going to happen, and being such a pristine environment, these can have a much bigger impact on the sensitive wildlife. Furthermore, up to 8 non-native species are known to have been introduced to the Antarctic region by humans, and although none of them have yet become invasive, the probability will only increase with more human activity [8]. Larger ships have not been allowed to Antarctica since tourism was limited after numbers grew to nearly 50000 in 2007, although the numbers have now crept back up.  The more popular it becomes as a tourist destination, the bigger and more frequent the accidents become, as well as increasing pressure for more permanent infrastructure to cater for these trips [9].

In conclusion, there is an undeniable inherent benefit to visiting different countries but the ecotourism industry is shrouded in financial gain and being green is often not the highest priority. A lot of the time, all it takes is too many people and nature can suffer. If this concerns you (which it certainly should), then do your homework when planning to travel and be conscious of your actions. Read “how to go green on holiday” guides and look at travel companies renowned for being green.

What is Overfishing and Why is it Important? When we hear the term “renewable resource”, we think of solar, wind, and water energy, not biomass (or 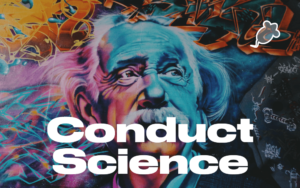 The Science behind Global Warming

What Is Global Warming? Global warming is an alarming phenomenon that is characterized by a drastic increase in the average global temperature in the Earth’s atmosphere. 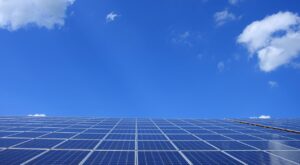 The Future of Solar Power: Our Strongest Contender for Renewables?

Author: Adam Bennett Source: https://www.pexels.com/photo/300-sl-alternative-energy-blue-sky-clouds-371900/   Solar power is an increasingly popular resource to subsidize our home energy bills across the globe, and it is predicted