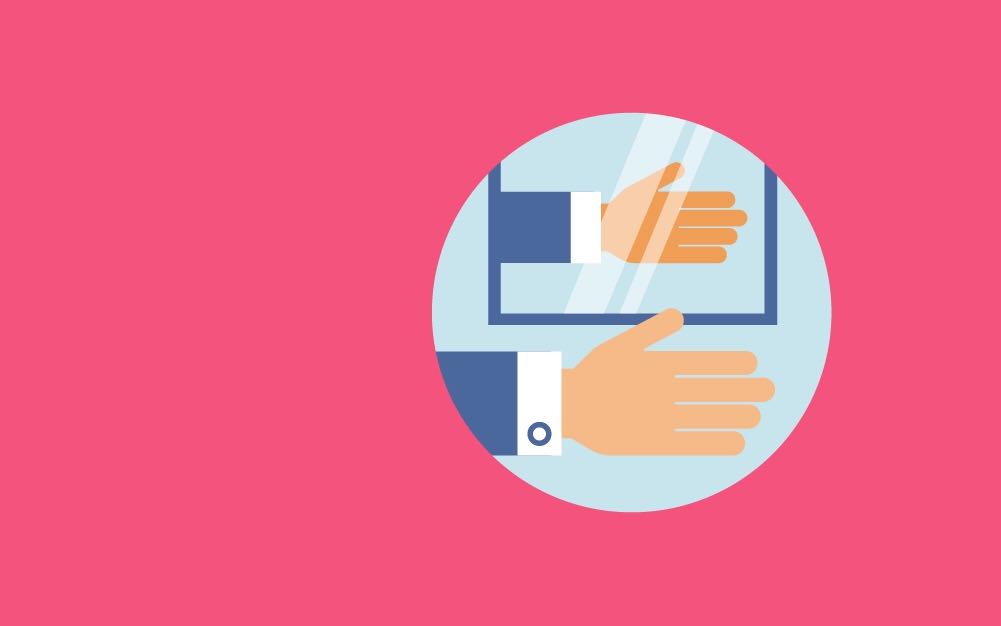 A human mirror box is a rehabilitative tool used to eliminate body representations deficits and restore various pathological conditions. As the name suggests, a mirror box is a box with a mirror placed in the center (along the midsagittal plane of the patient’s body), which creates optical illusions that help the brain restore motor functions and ease chronic pain. Because the brain is the center of the nervous system that gathers information from all the five senses, mirror boxes use vision as the main tool to trick the brain.

Such rehabilitative aids enhance mirror box therapy, which is increasing in popularity in the treatment of post-stroke hemiparesis, phantom limb pain, and complex regional pain syndrome. Mirror therapy is defined as motor imagery practice in which patients place their unaffected limb in front of a mirror and perform bilateral movements. Viewing the mirror image sends visual stimuli to the brain and promotes movement in the affected limb. Interestingly, the mirror box technique was invented by researchers Vilayanur Ramachandran and Diane Rogers-Ramachandran to encourage patients with phantom limb pain and learned paralysis to retrain their brain networks (Ramachandran & Rogers-Ramachandran, 1996). Recent studies confirm that mirror therapy is effective in improving patients’ extremity motor functions, pain intensity, and quality of life.Mirror box therapy uses optical illusions to help the brain improve its plasticity and restore various pathological conditions. Mirror boxes contain mirrors placed in the center; patients are required to place one of their limbs into one side and the other one into the other. The patient looks into the mirror and makes mirror-symmetric movements with their intact limb. As they see the reflected image of their intact limb, the brain is tricked into processing that the impaired limb is also moving. With this artificial visual feedback, the patient can move their impaired hand and ease the pain. Note that different goals require different rehabilitative tools: mirror boxes can be replaced with a mirror placed on a desk or a bigger reflective surface. For example, if the goal is to improve lower extremity functions, the mirror box can be replaced with a bigger reflective surface between the intact and the impaired limb of the patient. Regardless of their design principles, mirror box therapy tools are based on the brain’s inclination to prioritize visual feedback over somatosensory information.

Mirror therapy promotes neuroplasticity and laterality reconstruction. Note that neuroplasticity refers to the brain’s ability to reorganize and build new neural connections. In post-stroke rehabilitation, for example, new connections in the brain can help patients regain motor function. Here we should mention that visualization is another technique that can improve rehabilitation (e.g., stroke patients are asked to imagine they’re walking in a park while doing rehabilitation exercises).Mirror box therapy uses a box with a reflective surface in the center to create a reflective illusion and trick the brain into processing sensory input and movement in the impaired limb without pain. Originally designed to treat amputee pain, mirror box therapy is a cheap and convenient method used in rehabilitation practice. While mirror box therapy mechanisms are not fully understood, evidence shows that this approach can benefit a variety of conditions. To provide an example, Zeng et al. (2018) conducted a meta-analysis to assess the effectiveness of mirror motor therapy in patients with stroke. The team selected 11 studies (n=347), including randomized controlled trials and pilot randomized controlled studies (2007-2017) that compared mirror therapy with other rehabilitation methods. Note that there are different types of rehabilitation practices that promote motor functions of upper extremities in stroke patients, such as motor relearning, electromyography feedback, robot-assisted therapy, and constraint-induced movement. Results showed a moderate effect of mirror therapy (SSMD=0.51, CI=95%, 0.29, 0.73), confirming that mirror box therapy can improve patients’ motor function after stroke. Additionally, Garry, Loftus & Summers (2005) provided neurophysiological evidence that mirror therapy could benefit stroke rehabilitation. The team revealed that viewing mirror images increased the excitability of neurons in the ipsilateral primary motor cortex in healthy subjects, compared to viewing either the inactive or the active hand directly (without a reflective surface).

Moreover, evidence shows that mirror training is highly effective as part of Graded Motor Imagery. Graded Motor Imagery is a rehabilitation sequence process used to treat motor deficits and pain by exposing the cortex to sensory and motor information, which can help the cortical networks respond and recover. The three steps included in the Graded Motor Imagery sequence include: 1) laterality training; 2) motor imagery exercises; 3) mirror box therapy. Note that laterality training refers to the identification of right versus left (e.g., via picture cards), while motor imagery to the effective processing of imagined movements.Mirror box therapy is a popular non-pharmacological rehabilitation treatment. Human mirror boxes can be used to improve motor deficit, derangements of body representations, and phantom limb pain in different conditions:

Human Mirror Box in Stroke Rehabilitation: Mirror box therapy is becoming a popular tool in restoring post-stroke motor impairments and motor deficits. Note that stroke is the second leading cause of death worldwide, affecting 15 million people. In the US alone, more than 800,000 suffer strokes, and 80% experience motor impairments and poor quality of life, with hemiparesis and hemiplegia being among the most common impairments (Tosi, Romano & Maravita, 2018). Mirror box therapy is a simple method to improve neural regeneration and motor function; patients place their affected limb behind a reflective surface and move their intact limb whose reflection can be seen. Initially, mirror therapy was used in stroke rehabilitation as a method to help patients restore motor function in their upper extremities (Altschuler & Hu, 2008). Current studies also confirm the effectiveness of mirror therapy (evaluated via the Fugl-Meyer Assessment of sensorimotor recovery after stroke). We should note, however, that its mechanisms are not fully understood; some researchers suggest that mirror therapy activates the primary cortex, while others claim that it activates the mirror neurons in the brain. Additionally, mirror therapy activates the right superior temporal gyrus and the right superior temporal occipital gyrus, as well as the precuneus and both the posterior and the cingulated cortex.

Human Mirror Box and Phantom Limb Pain: As stated earlier, the mirror box was originally created by researchers Vilayanur Ramachandran and Diane Rogers-Ramachandran to help patients with phantom limb pain and learned paralysis. Phantom limb pain is a common phenomenon affecting people without a limb; patients report experiencing real pain and unpleasant sensations in the amputated limb. Researchers claim that such experiences are a result of miscommunication in the brain; although nerve cells continue sending signals to the missing limb (e.g., move the limb), the brain doesn’t receive any sensory information back (e.g., information that the command has been carried out) and creates negative feedback. Mirror box therapy can be used to trick the brain. Patients place both their impact and intact limbs in the mirror box and move their intact limb while looking at its reflection on the side of the phantom limb. Viewing the limbs move creates an illusion and relieves patients from their phantom pain.

Managing Pain Disorders via Mirror Box Therapy: As both acute and chronic pain can be detrimental, pain is becoming one of the leading health concerns worldwide. Although medication is often the first choice for treating pain, long-term use can lead to adverse side effects, high costs, and dependency. Mirror box therapy, on the other hand, provides safe and inexpensive non-pharmacological treatment for pain disorders. Mirror boxes can be used to treat the complex regional syndrome, lower back pain, and neuropathy when other therapeutic methods fail (e.g., manual intervention, anti-inflammatory medications). Whether mirror therapy can rewire sensor circuitry and perceived control or distract patients and allow them to break fear-avoidance connections, there’s no doubt that mirror boxes are popular aids in managing pain disorders. In chronic regional pain syndrome, for example, mirror box therapy can help a patient reorganize the topographical map in their brain and reduce pain and stiffness in the early and intermediate stages of their condition (McCabe et al., 2003).

Human Mirror Therapy and Virtual Reality: With the increasing use of human mirror boxes in the treatment of chronic pain, stroke rehabilitation, arthritis, and phantom limb pain, researchers are exploring the possibility of incorporating technology into human box therapy. Virtual reality can be used to create an artificial environment with realistic and three-dimensional graphics to present patients with avatars and novel situations (e.g., grab a cup). Unlike traditional mirror boxes, virtual reality programs can create illusions of movement of different parts of the body (e.g., head). Moreover, virtual reality aids can be used in patients with severe motor impairments.Mirror boxes are rehabilitative tools used to restore motor function and relieve pain. A mirror box consists of a box and a reflective surface in the middle, which allows patients to observe the reflection of their intact limb while the affected one is placed behind the mirror. Because of this arrangement, the intact limb mimics the shape and location of the affected limb. When patients start performing bilateral movements with both the affected and the intact limbs, they can feel both limbs moving, which can improve motor function in their intact limb. Note that mirror box therapy is based on the brain’s inclination to prioritize visual feedback and the principles of motor learning (repetition and gradual variation in performance).

Before initiating mirror box therapy, patients must get used to the reflection of the mirror box and engage in the belief that the reflection of their intact limb is their affected one. Differentiating aspects, such as jewelry, tattoos, and scars, should be removed or covered. Based on the limitations of the affected limb, the patients and their therapist will choose appropriate exercises and start with basic movements (e.g., flexion and extension of the fingers). Gradually, the motions will increase in complexity to facilitate vivid illusions (e.g., making a fist, picking coins, writing). Some experts suggest that sessions should last for 30 minutes a day, and each exercise should be repeated 15 times. In stroke patients, for example, mirror therapy should be performed for up to six weeks before the therapy proves to be effective. Therapy-guided treatment can lay the foundations for self-guided treatment as mirror therapy should be performed daily. Although mirror therapy protocols vary depending on a patient’s cognitive, physical, and affective abilities, the Royal Hospital for Rheumatic Diseases in Bath, UK, suggests that five times a day for about five minutes each can lead to optimal results. Note that boxes and therapy protocols can be customized. Consistent and repetitive practice (in-patient, out-patient, and at home), however, is the key to a successful recovery.Human box therapy is an innovative neuro-rehabilitation method, which is increasing in popularity in the treatment of post-stroke hemiparesis, phantom limb pain, and complex regional pain syndrome (in both medical and home settings). This motor imagery practice is simple and inexpensive: a reflective surface is placed in a box along the participant’s midsagittal plane. One of the most common tools used in human mirror therapy is the human mirror box, originally designed by neuroscientists Vilayanur Ramachandran and Diane Rogers-Ramachandran to help patients with phantom limb pain. A human mirror box is a rehabilitative aid made of a box and a mirror to create optical illusions, modulate cortical mechanisms, and promote motor function.

Evidence shows that mirror therapy can benefit rehabilitation, especially as part of Graded Motor Imagery practices or in combination with virtual reality aids. Compared to no treatment, placebo, or sham therapy, mirror therapy affects patients positively and improves their daily life and overall quality of life.