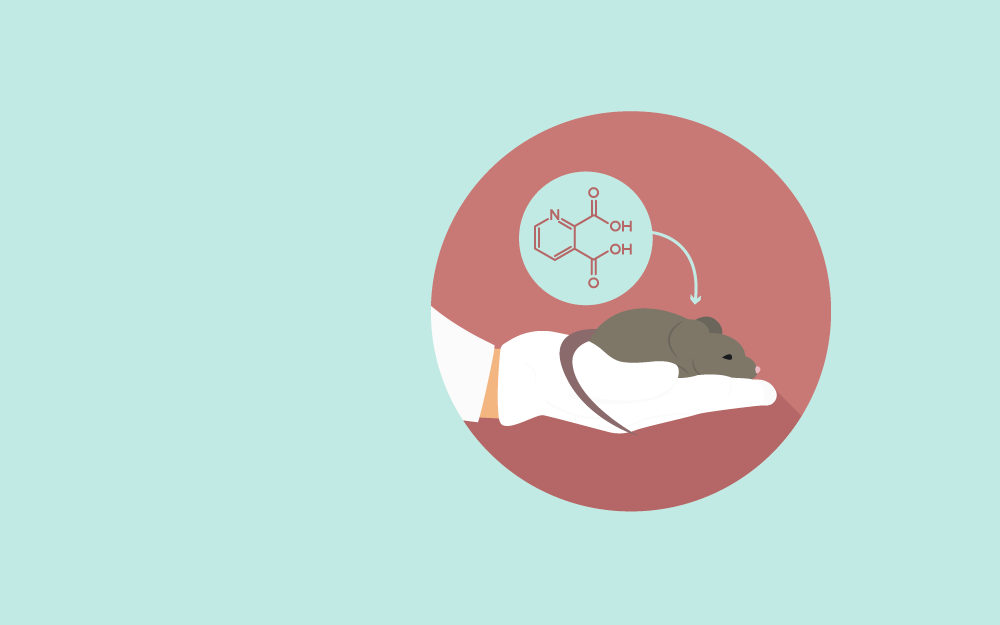 Huntington’s disease (HD) is an inherited autosomal dominant neuropathological disease caused by a mutation in the huntingtin gene (htt). Preclinical animal models are necessary for the study of HD and the development of therapeutic interventions for the disease. Ideally, an animal model should demonstrate all the behavioral and neuropathological characteristics observed in HD patients. Numerous genetic mutant models of HD have been created, including transgenic rodents harboring the HD human mutation in specific neural regions. While these models provide a valuable tool to study the molecular pathways affected by the polyQ huntingtin mutation, they fail to present some primary neuropathological conditions of the disease. Prominently, they do not show the overt striatal cell loss that occurs in Huntington’s disease. Therefore, the excitotoxic lesion models, such as Quinolinic acid lesioned models, are employed when researchers need to understand the functional impact of cell loss or to test the potential therapeutics aimed at reducing the neural degeneration.

Neurotoxins could be infused in specific subregions of the striatum to generate specified motor or cognitive impairments, and the lesions could be created either unilaterally or bilaterally. Unilateral lesions are generated when a model of motor impairments is required, although cognitive or visuospatial changes could also be observed in this model by performing lateralized behavioral tasks. The unilateral lesion models assure good animal welfare since they maintain an intact hemisphere, ensuring minimal impact on feeding and motivational behaviors. Bilateral lesion models are required when more complex cognitive or behavioral functions are being investigated. In bilateral lesions, the chosen neural system is completely disrupted to examine the role of this circuitry in supporting behaviors or for the assessment and development of treatments for more complex non-motor symptoms. Bilateral lesions of quinolinic acid in the striatum induce hyperactivity and increase exploratory and rearing behaviors in rats. Bilateral lesions in the dorsolateral neostriatum could also harm habit formation, disrupt response learning, and impair Pavlovian stimulus–outcome learning. Bilateral damage in the medial striatal impacts upon behavioral flexibility and attentional sets formation, and serial spatial reversal learning. Finally, the ventral striatum damage impairs the motivated and rewarded behaviors, such as responses to the food-reinforced progressive ratio task (Lelos. & Dunnett., 2018).

Quinolinic acid selectively acts at NMDA receptors, specifically with the receptors containing the NR2A and NR2B subunits, with massive calcium entry into astrocytes and neurons. Therefore, it significantly exerts damage to neurons where these receptor subtypes are present. Hippocampus and striatum are most sensitive to QUIN neurotoxicity because of the wide distribution of NMDA receptors. Striatal spiny neurons having -aminobutyric acid (GABA) and substance P are also vulnerable to quinolinic acid toxicity. Besides cell damage, QUIN can increase glutamate release and inhibit its reuptake in astrocytes, thereby increasing its concentration in the microenvironments, causing further neurotoxicity. It also limits glutamate to glutamine recycling in astrocytes by decreasing the glutamine synthetase activity. Additionally, chronic exposure of QUIN causes significant structural changes such as microtubular disruption, dendritic beading, and organelle damage. Acute intrastriatal administration of quinolinic acid damages the phosphorylating system of neural striatal cells, causing intermediate hyperphosphorylation of the cytoskeleton; this effect is catalyzed by Ca+2 influx through NMDA channels and oxidative stress (Huitrón et al., 2013).

Note: A small air bubble is seen in the syringe. The free movement of the air bubble without compression confirms the delivery of the toxin without needle blockage. The syringe drive is set at the speed of ~0.25 μl of toxin/minute.

The quinolinic acid rat model of Huntington’s disease was employed to explore the neuroprotective effects of pyruvate, the end metabolite of glycolysis. Intrastriatal injection of QUIN caused widespread damage to rat striatum, as demonstrated by cresyl violet staining and immunohistochemical analysis. A significant reduction in striatal lesions was observed following the intraperitoneal administration of pyruvate (500-1000 mg/kg). It was found that pyruvate concentration of 250 mg/kg is not protective. The protective effects of pyruvate were also assessed over a range of time, from application to 1 h post-administration; however, no such results were seen if pyruvate was applied 30 minutes before QUIN injection or 3 hours post-administration. It was also found that pyruvate protects different types of striatal neurons against quinolinic acid toxicity, including cholinergic interneurons, GABAnergic projection neurons, and NADPH-diaphorase interneurons. These results suggested that pyruvate is effective in reducing neuronal damage in Huntington’s disease.

Quinolinic acid rat model is a well-studied pharmacological model of Huntington’s disease to produce many of the distinctive features of this neurodegenerative disorder. In this study, this model was used to assess the temporal behavior (from 1 to 60 days from the excitotoxicity) of neuronal cell density and receptor availability (adenosine A2A and dopamine D2 receptors) along with microglia activation. It was observed that the reduction in adenosine A2A and dopamine D2 receptors was paralleled by increased microglial activation. This model represented a more quantitative approach to compare the neuroprotective effects of treatments in slowing down or reversing Huntington’s disease in rodent models with potential applications in clinical practices.

Quinolinic acid lesioned rat models could also be used to measure the concentrations of neurotransmitters. In this study, the levels of gamma-aminobutyric acid (GABA), aspartate, glutamate, and taurine were measured in postmortem brain tissue from the HD patients and in the quinolinic acid (QA) lesioned rat striatum. Significant reductions in both glutamate and GABA were found in HD striatum. These reductions were greater in the severely affected grades of HD, and there was a differential decrease in amino acid level across the striatal nuclei, which was consistent with the known pattern of disease pathology. No significant changes were observed in taurine and aspartate concentrations. These findings suggest that the QA model could be efficiently applied to assess and reproduce the neurochemical features of Huntington’s disease.