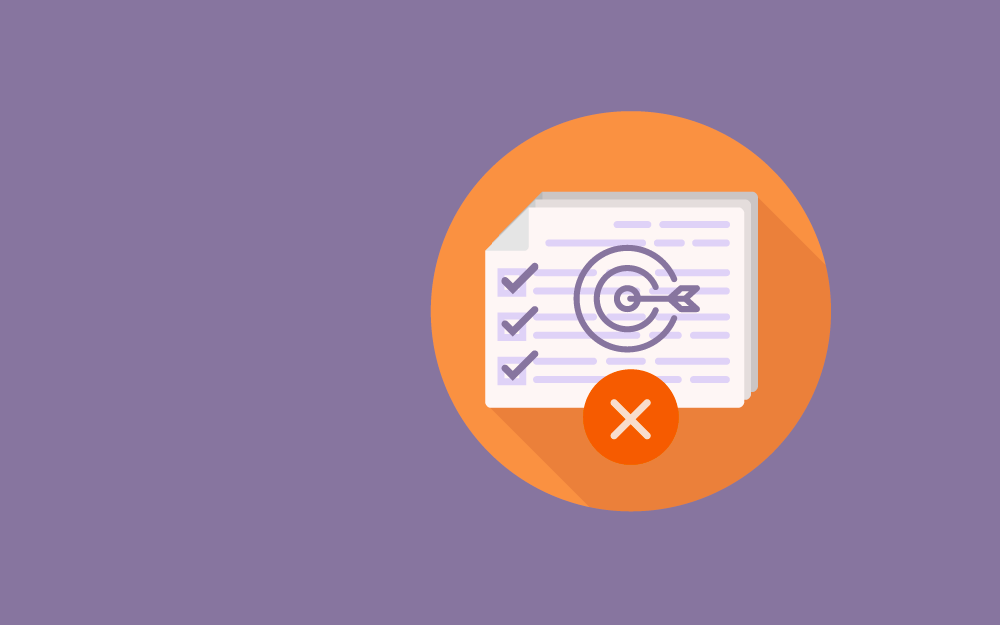 Writing a grant proposal is a tad trickier for the early-career investigators. The application contains multiple sections that must highlight the respective features of a proposed research project. One of these sections is the specific aims section. As the name indicates, it is related to the aims of your research idea and is considered the face-page of the grant application. Any deficiency in this section issues a negative impression on the peer reviewers. You must be wary of the common flaws found in the specific aims section of a grant application so that you can take the necessary steps to rectify them accordingly.

Goals of the Specific Aims Section

To avoid the errors in this section, it is best to comprehend the objectives of this section. The goals are mainly:

The purpose of the grant review is to evaluate and score the grant applications according to the certain set criteria. During this process, many of the applications are declined and asked for a resubmission. The sections which need revision are pointed out by the panel reviewers in the form of reviewer’s criticism notes. Unsurprisingly, the majority of the flaws are found in this Specific Aims section. Each year, dozens of applicants are asked to revise this section before resubmission.

These flaws are:
Mingled Hypothesis & Rationale
Many grant writers do not understand how important it is for them to lead their reviewers directly to what they want. They blend the hypothesis as well as the justification of the aims in the same paragraph. They forget that stating all the features together in a single paragraph is just like playing with the mind of the reviewers. The main supportive features of this section are all mingled between the objectives of your research. It is exhausting and time-consuming for your reviewers to filter out the hypothesis and rationale from each of the specified aims of your research. This can lead to misunderstanding and disapproval from the review panel that has to go through thousands of applications in a short duration.
How to Edit this Flaw?
This flaw can be avoided by being careful and following the below-mentioned guidelines:
 Give a separate heading of hypothesis and rationale under each aim.
 Elaborate the derived hypothesis in continuity with its respective aim.
 Your derived hypothesis should be scripted in a layman language.
 Provide the reasoning and significance of each derived hypothesis under the rationale heading.
Overly Ambitious Aims
Thinking big is indeed a sign of a great researcher, but thinking unrealistically is not. Having dreams and goals that are too big to grasp is the worst quality that a grant writer can possess. The funding agencies of the National Institutes of Health (NIH) have a set period and budget, which is specified in every respective FOA. You have to put forward the aims and outcomes that can be achieved within their set specifications. Still, many grant writers script too many aims that cannot be accomplished in time. This makes your proposal a bit artificial for the panel reviewers. In the end, they decline your application with the criticism of aims being extra-ambitious.
How to Edit this Flaw?
The criticism about artificial aims is a strong one. It destroys the face page of your grant proposal. Such criticism can only be corrected by following these instructions:
 Make a timeline for each aim before scripting them.
 Consult with the senior researchers about how much time will each of them take to get accomplished.
 Reassess the feasibility and sustainability of your every aim with the help of the research staff of your institution.
 Select only those aims that are attainable in the specified time and budget of your FOA.
The exploratory grants are high-risk grants. Here, you are allowed to put forward the high-risk aims, but you have to give extra justifications for them.

Deficient Justification
The key to capturing the mind of your reviewers is to justify each of your aims. An application without reasoning and proof is like a part of a fiction novel. You have to make your research idea a reality. The reviewers that are not provided with solid reasons will never approve of your research idea. The funding agencies invest in those objectives that are well-supported by facts and proofs. Several writers do not emphasize on the justification of their research aims and hypothesis. They just plainly script them in a simple paragraph with little elaboration. They neglect to state their importance in the field of science and literature. This renders your application weak and hence, prone to decline by the reviewers.
How to Edit this Flaw?
To gain strength in this section, you have to script differently. These directions will aid in the rectification of this error:
 Create a powerful application by stating the impact of each outcome on the science and the healthcare system.
 Express what voids will be filled in the field of literature and how they relate to the specifications of your FOA.
 Likewise, the specific aims in conference grant applications should be justified according to the requirements of the conference. (Sonis, Triffleman, Lynda & Daniel, 2009)
 Explain the benefits that will arise from your respective research outcomes.
 Describe the urgency of accomplishing the said objectives and hypothetical outcomes.
Aims Section Mimicking the Fishing Expedition
There are so many grant applications that provide too much elaboration of their aims. They consume a lot of time from the reviewers. According to the peer reviewers, it feels like they are hunting for the relevant pieces of information from a sea of literature. It is tiring for them to search for main points elaborating on your aims. It is not the duty of the reviewers to search for relevant points in the aims. It wastes their time and energy. All of this forces the reviewers to reject your application with the criticism stating that the aims section needs fishing for the relevant knowledge.
How to Edit this Flaw?
To rectify this flaw, these steps should be taken while writing the aims:
 Write down each aim with a single-lined heading highlighting the aim.
 Set forth the directly related points under their respective aims.
 Keep your language simple enough to be comprehended by the common people.
 Try reviewing your aims by rereading.
 Never force the panel reviewers to do extra work for your proposal. (Sandra & Kevin, 2011)
 Ask for the opinion of the experienced grant researchers regarding the relevance and the length of the aims paragraph.
Puzzling Aims
The next flaw that is frequently seen by the reviewers is the ambiguity in the aims. The writing ability of a grant writer is evaluated through the level of clarity in the specific aims section. Nevertheless, many of the grant proposal writers are observed making this error and therefore criticized for it. There is only one reason for making such a mistake, i.e., a lack of practice. Deficiency in the writing skills causes the writers to lose concentration on the actual research aim, which results in maze-like information under each heading of the claimed research aim. When a reviewer reads such applications, his mind is sidetracked. This generates irritation and confusion in the reviewers. Hence, your aims are not clearly understood, leaving the reviewers perplexed.
How to Edit this Flaw?
To edit this type of mistake, you just need to practice your writing skills. The following guidelines can be useful:
 Read the previously accepted applications and analyze how the aims are written.
 Make a rough sketch of the relevant points regarding each aim separately.
 Try writing short sentences stating these points in an easy language.
 Each statement that you write should be in continuity with the previous statement.
 There should be a story-like coherence in it.
 Always remember to finalize your aims paragraph by stating the respective outcome and associating it back to the hypothesis as a reminder for the reviewers. (Dorothy & Jacqueline, 2018)
 Consult for review by the senior writers and continuously reassess whatever you write.
Aims Depending too Much on Each Other
Aims that depend on the success of the previously stated aims are the most unfavorable ones. Such aims are high-risk, and their feasibility depends entirely on the initial central aim. This raises questions regarding the success of the initial aim, which can never be completely guaranteed. Since all the aims are at risk, the entire research outcomes are at threat. A high-risk application is never the choice for the funding agencies except when applying for the exploratory grants. For the larger grants, such an error is intolerable and receives rejection by the panel reviewers.
How to Edit this Flaw?
The guidelines to amend this mistake are as follows:
 Generate the aims that are linked to each other but do not depend on each other’s success.
 Take guidance from the successfully approved applications.
 Rewrite and reassess your aims as much as you can.
 Think about what will happen if the initial aim and outcomes are not accomplished.
 If the secondary aims are not approachable without the central aim, then change the secondary aims and develop new independent aims from your research idea.

The specific aims section requires special attention from the writers. This is the page that gives the major justification and purpose of your entire research project. An application with boring aims and an unjustified hypothetical aims holds no interest for the reviewers. The funding agencies always prefer innovative aims and concepts. They never let go of the research ideas that are of value to science and are guaranteeing success. The way you present this section is what matters the most. The above-quoted guidelines will surely help you to dodge the common errors found in the specific aims section of your grant application. It is specifically written for those who are asked for the resubmission due to the flaws in this section.