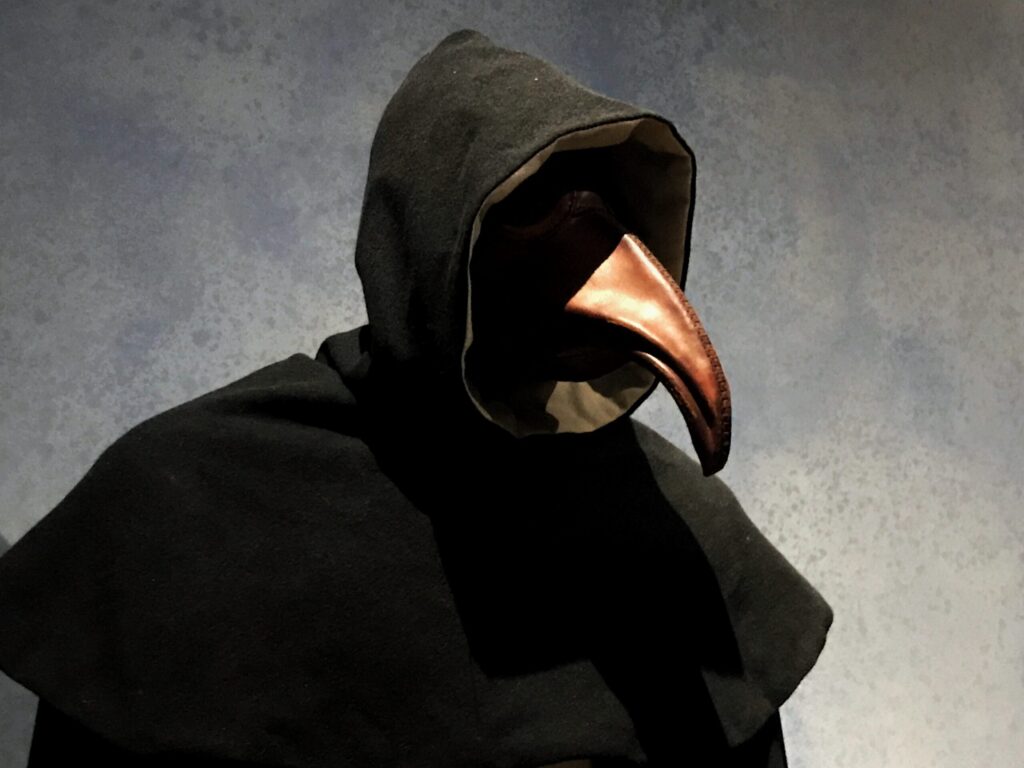 Epidemics of the Past Explained with Math and Historical Records

Epidemics are a recurring theme in history. But how much do we know about them? Also, can the past epidemics teach us what to expect in the future?

David Earn from the department of applied mathematics at Ontario’s McMaster University wants to see what history can teach us. His research centers on evaluating historical records to find clues about the pandemic spread. Studying this topic for the past two decades, Earn made significant progress in his pursuit.

How do we track the spread of epidemics in the past?

Earn and his team choose to use bills of mortality that they found sifting through old records. Furthermore, they concentrated on the area of London. Through these documents, they can trace the patterns of deaths as they fluctuate during the epidemic.

Their study first looked at the records for the Great Plague of the 1660s in London. The event was caused by the bubonic plague that spread through rat-biting fleas. However, Earn knows all about the cause, he is more interested in the spread rate. Or as he states in an interview:

“How quick that exponential rise is beginning. How high does it go? How rapidly does it turn over? The structure of the epidemic—what’s called the epidemic curve.”

They looked at the weekly records of plague deaths in 130 parishes that made up London at the time. The records hidden in London’s Guildhall Library became their primary source of information. Even though they were looking for death rates, the fact that the documents are tied to a spatial location gave their research a new dimension. Besides following the death tool, they could also plot the movement of the micro killer.

The findings reveal that the number of deaths increased every 11 days. Also, the spatial plotting revealed that the plague spread from the city’s outskirts towards the center. This period of spread lasted for several months in 1665. The epidemic took away a quarter of London’s population in a year and a half.

What About Older Epidemics?

An issue came before the team when they wanted to look at death records from previous plague outbreaks. Deaths registers came to use in 1538. Because of this, there was no way of knowing how many people died earlier. However, the team found a solution by chance.

One of the members did a google search for digitalized wills and last testaments. Even though this search was done on a whim, it gave them thousands of new documents to examine. Through the records, they could clearly see all four plague epidemics that occurred through the 14th century.

Even though the Black Death of the 14th century is the biggest plague in human history, the team found that it did not spread nearly as fast as the 17th-century one. Commenting on the results earn said.

“You know, there was such a difference in the growth rate, or the doubling time, for a disease that, as far as we can tell, didn’t evolve in a significant way. You know, it spread four times as fast in the 17th century than in the 14th century. That’s not a small difference; that’s a huge change—a doubling time of around ten days rather than several weeks.”

The researchers are not entirely sure why the spread drastically increased in the 17th century. However, they speculate it may be linked with population density in London and global weather changes.

Learn more about Earn’s research by watching this YouTube video.

The Past Informing the Future

Even though the model for tracking epidemic spread came out of a study of historical records, the team developed two software tools. One can help forecast infectious disease outbakes, and the other helps track the growth of disease outbakes like COVID-19 in real-time. Both of the software are in use since the outbreak of the current pandemic. Furthermore, the team compiled all the records they used for the historical study, and anybody can use them for their research endeavors.

Acceleration of Plague Outbreaks in the Second Pandemic

Patterns of Smallpox Mortality in London, England, Over Three Centuries

What Vaccination Strategies are on the Table for COVID-19?

New Research About How the Sun Impacts Virus Spread

Math and Sleuthing Help to Explain Epidemics of the Past