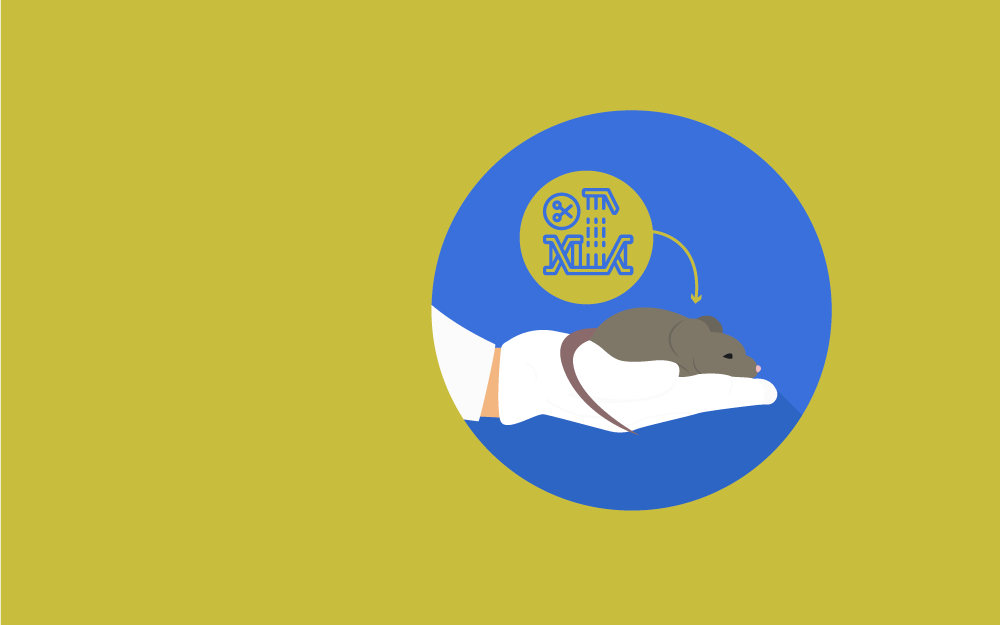 ]Huntington’s disease (HD) is an inherited genetic neurological disorder characterized by cognitive dysfunction, abnormal body movements, progressive cell death, and neurodegeneration of the striatum and cerebral cortex. HD is a dominantly inherited disorder caused by a genetic mutation in the IT15 gene. This mutation is an abnormally expanded and unstable CAG repeat within the coding region of the ITI5 gene. HD is considered a significant disease that embodies many of the vital modern neuroscience themes, including molecular genetics, excitotoxicity, neuronal vulnerability, mitochondrial dysfunction, necrosis, apoptosis, and transcriptional dysregulation.

Animal models of Huntington’s disease have provided a detailed insight into the disease pathology and the potential therapeutic strategies. Earlier HD studies used toxin-induced models to study mitochondrial dysfunction and excitotoxicity-induced apoptosis in the HD brain. These models are based on 3-nitropropionic acid and quinolinic acid. In 1993, the discovery of the huntingtin mutation led to the development of newer models that incorporate a similar genetic impairment. These models are more representative of the disease progression and pathology as compared to the toxin-induced models (Ferrante., 2009).

Previously, the HD models relied on neurotoxin-mediated striatal lesioning. In this disease, the striatum and the intrastriatal injections of glutamate receptor agonists could result in selective loss of the GABAergic neurons. The first neurotoxins used were ibotenic acid and kainic acid. These compounds were succeeded by quinolinic acid because the lesions caused by quinolinic acid spare striatal interneurons, which are usually not affected in HD. Besides, peripheral administration of mitochondrial toxins such as 3‑nitropropionic acid (3‑NPA) and malonate was used to generate HD models. These toxins deplete cellular energy by targeting the electron transport chain. Also, mitochondrial toxin-induced striatal lesions were used as acute models of HD in rodents. The excitotoxic animal models demonstrate a characteristic disease profile consistent with the features of Huntington’s disease and strongly suggest that the pathogenesis of HD involves an excitotoxic process. The excitotoxic lesion models have efficiently highlighted the potential pathways and processes involved in the pathogenesis of HD, including mitochondrial dysfunction, abnormal NMDA-type glutamate receptor-mediated signaling, and associated energy depletion.

Quinolinic acid (QA) became the most preferred excitotoxin for use in Huntington’s disease studies. QA was found in the urine of several species receiving a tryptophan-rich diet. Tryptophan could cross the blood-brain barrier and is taken up by astrocytes, macrophages, microglia, and dendritic cells to be converted into kynurenine. Normal levels of QA are not damaging, but even small increases in QA levels could cause toxicity. In the postmortem brains of HD victims, an increase in the enzyme 3-hydroxyanthranilic acid oxygenase that converts the QA into kynurenine was observed as compared to the level in control brains. This enzyme was significantly increased in the striatum, the most vulnerable neurons in the HD brain. This data suggested that there is a higher than the normal conversion of kynurenine to QA in the striatum at toxic levels, and this pathway leads to neuronal death. Interestingly, the administration of QA to the mouse striatum upregulates the htt protein. This association of QA to the htt protein and the protein-related toxicity makes it the most relevant model for studying Huntington’s disease. QA is preferred for modeling HD because of its easy applicability to rodents and larger animals such as nonhuman primates. Also, the QA model influences cognitive function. Another reason for its widespread use is that it mimics the cell death that closely resembles the mechanism of neuronal death observed in HD brains.

3-Nitropropionic acid (3-NP) is an irreversible inhibitor of the mitochondrial enzyme succinate dehydrogenase. 3-NP invariably causes cell death in the caudate-putamen and induces severe dystonia. The 3-NP model is reliably used for studying HD as it mimics a downstream process of cell death, such as mitochondrial impairment resembling the pathogenesis of Huntington’s disease. The enzymes involved in the tricarboxylic acid cycle (TCA) and the electron transport chain are downregulated in the HD brain. Aconitase and complex II, III, and IV activities are also minimized in the caudate and putamen. The abnormal formation of reactive oxygen species (ROS) leads to the disruption of mitochondrial activity. And, the inhibition of enzymes involved in the electron transport chain could lead to increased electron leakage from the mitochondria and gear up the production of ROS such as superoxide radical (O2 −•), hydrogen peroxide (H2O2), and the hydroxyl radical (OH−•). These reactive oxygen species damage cellular membranes and genetic material, as shown by the DNA damage marker 8-hydroxydeoxyguanosine (OH8dG). 3-NP induces mitochondrial damage by inhibiting the succinate dehydrogenase, an enzyme involved in both the electron transport chain and the TCA. 3-NP could cross the blood-brain barrier and thus could be administered systemically to rodents and nonhuman primates. For this, both the subcutaneous osmotic pump and direct subcutaneous injection are effective in rats and mice. The 3-NP model is capable of recapitulating both the hyperkinetic and hypokinetic symptoms of HD depending on the administration route and duration.

The discovery of the htt mutant gene in 1993 ushered in the development of animal models with a similar genetic background to the HD disease seen in humans. Genetic mice have been created to express the mutant htt gene and are the most commonly used models to research HD and investigate potential therapies. Genetic mouse models are divided into two main categories: transgenic and knock-in.

The R6/2 is the most widely used transgenic mouse model of Huntington’s disease. This model was created by inserting a 1.9-kB fragment derived from the 5’ end of the human htt gene into the mouse genome. This fragment expresses approximately 144 CAG repeats. The trimmed mutant htt gene is randomly inserted into the target genome, and as a result, three copies of the htt gene-two wild-type copies and one mutant human copy are expressed. Expression of the mutant htt gene is triggered by using the human htt promoter. The animals develop progressive mutant htt+ inclusions in the striatum at 8 weeks of age. Initially, the inclusions appear in the cortex and the hippocampus and then further progress to the striatum.  R6/2 mice show multi-domain deficits in cognitive and motor responses. Motor symptoms include chorea-like movements, resting tumor, stereotypic grooming movements, and limb dystonia when suspended by the tail. This model presents a very aggressive behavioral phenotype and thus efficiently mimics the symptoms of Huntington’s disease.

R6/1 genetic model is similar to the R6/2 model except that it contains only 116 repeats, making the behavioral phenotype relatively mild. In this model, the mutant htt expression is driven by the human htt promoter, but as compared to the R6/1, it presents only 31% of the expression levels. However, R6/1 mice show striatal shrinkage and decreased dopamine and cyclic adenosine monophosphate (cAMP)-regulated phosphoprotein staining in the striatum starting at 5 months of age, indicating cellular dysfunction. In this model, cellular inclusions appear throughout the brain and increase with age, as seen in the R6/2 model. The animals also show abnormal gait as measured by footprint analysis, hind limb clasping behavior, and anxiety. These transgenic mice possess two normal (wild-type) copies of the htt genes along with a mutated copy of the truncated htt gene.

YAC transgenic mice are created by using a yeast artificial chromosome (YAC) vector system that expresses the entire human htt gene under the control of human htt promoter. YAC transgenic mice contain either 72 or 128 CAG repeats. YAC 72 mice present a 50% decrease in animal’s body weight as compared to the wild-type littermates at 12 months of age. They also demonstrate pronounced gait abnormalities, circling behavior, ataxia, and hind limb clasping. Whereas YAC 128 mice are hyperkinetic at 3 months, but gradually show signs of hypokinesia at 6 months. Both the YAC 72 and 128 models present increased nuclear htt staining. Inclusion bodies are only shown in the YAC 128 striatum at 18 months, whereas the YAC 72 model rarely shows the inclusion bodies. Because YAC transgenic mice live much longer than the R6 transgenic counterparts, the YAC mouse model is preferred for long-term therapeutic studies.

Transgenic rats express 51 human-derived CAG repeats inserted in a rat htt cDNA fragment. The expression of this gene is controlled by an endogenous rat promoter. The relatively smaller number of CAG repeats shows a progressive phenotype. The mutant Huntington gene is mainly expressed in the basal ganglia, frontal and temporal cortices, midbrain, hippocampus, and at much lower levels in the spinal cord and cerebellum. Motor symptoms appear at 10 to 15 months of age and are limited to head dyskinesia and gait abnormality. These rat models are also slower in traversing an elevated beam at 12 months. Inclusion bodies occur throughout the brain and start developing at 12 months of age. The rat models are used because of the longer life span as compared to mice, allowing for their use in therapeutic interventions.

Knock-in mouse models are the most accurate HD models from a genetic standpoint. In these models, the htt gene is replaced by a mutant human copy containing an expanded CAG region. Thus, these animals have only two copies of the htt gene-a wild-type and a mutant type; both are controlled by the mouse htt promoter. Striatal pathology is evident in these models but, no overt striatal degeneration is seen. Besides, there is increased gliosis in the striatum at 24 months of age. The most promising of the knock-in mice is the CAG150 mouse model. Progressive deficits were seen in these models on the rotarod, a clasping phenotype, hypoactivity, and gait abnormality starting at 4 months. They are also smaller than their wild-type littermates after 25 weeks of age. Also, they show increased striatal gliosis compared to their wild-type littermates at 14 months. Knock-in mouse models are preferred because of the presentation of closely related pathology of human Huntington’s disease.

Considerations for animal use

Huntington’s disease is a severely debilitating disease. Animal models efficiently mimic the symptoms seen in humans either by administering specific neurotoxins such as QA or 3-NP or through genetic manipulation. The common symptoms associated with the diseased state induced are weight loss, tremor or seizures, paralysis, recumbence, and sometimes death. These symptoms closely mimic the disease progression in humans and are therefore suitable for inclusion in animal models to test potential therapies and specific hypotheses. The animals should be properly monitored and checked. Administer analgesics if any sign of pain appears to prevent discomfort related to the diseased state. Follow proper laboratory guidelines while performing the experimental manipulations.